First off, Sterling passed his permit test and is the newest driver on the road. That was a super fun moment. South Dakota gives permits at 14, and he’s enjoying every minute of that. Bonus, he’s been driving a lawn mower and moving vehicles in the yard for me for awhile now so he’s not even scary on the road. 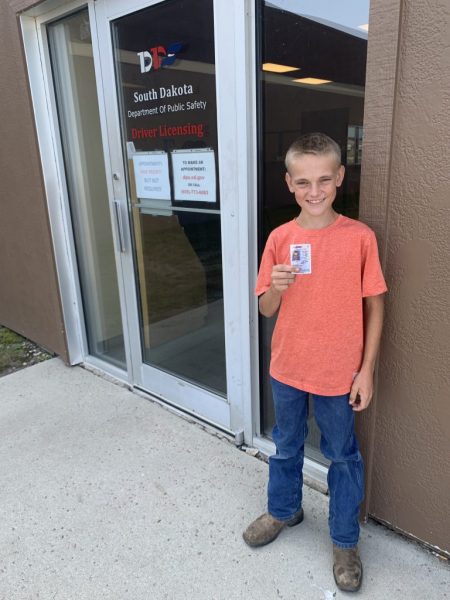 Creed’s walking. He falls a lot and hasn’t figured out how to get up without pulling up on something, but he’s choosing to walk instead of crawl almost always. I put a pair of shoes on him yesterday and those totally threw him for a loop. He loved them and couldn’t figure them out all at the same time. He’s never had anything besides leather bottomed moccasins up until now. 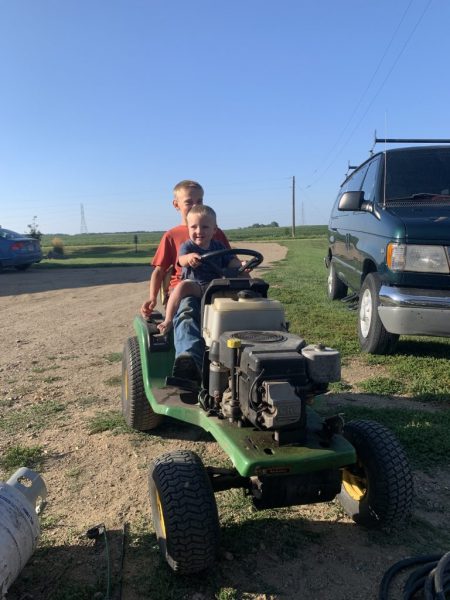 Elliot set a new record and lost both top front teeth at the same time and at the age of seven. My kids lose teeth late (Pierce was just barely 9 when he lost his first!) except Elliot has been a bit younger. She was quite proud… but the corn on the cob dilemma, when you live in South Dakota, is a real one. She finally figured out how to eat it off with her molars. Cutting it off the cob is not nearly so much fun. She tied Pierce with number of teeth lost with her second top tooth, and then promptly passed him up and lost another bottom tooth. At nearly ten he’s feeling the pressure – over something he can’t control, and neither can Elliot. Sibling rivalry is funny.

We started school last week a little bit, and full force this week except… not. Eden’s math, Ruby’s instructions for math, Eden, Ruby, and Sterling’s instructional math videos, Pierce’s math, and Charlotte and Pierce’s history is all still hiding in an unknown corner in the recesses of the storage unit. We couldn’t find it last week when we dug for books, and so this week we plan to head back and dig deeper. That’ll be a fun day. It’s a large unit and there’s a lot in there. I’m dreading it, but super thankful for big kids who can help! One of these days I’ll get a “back to school” photo.

The rest of life is pretty much the same. Eden passed her CNA test with high marks and is certified and working at the nursing home. Liberty’s summer job at the vet’s ended and she started college classes online again. She’ll look for another job eventually, but having her home for the moment is very nice. Sterling is balancing work and school and driven to do both. Blaine’s hauling grain and it’s going well. After a slough of breakdowns, the truck he’s driving seems to have worked out most of its gremlins. My pregnancy has going decently well. I look forward to meeting this baby soon.