I quit college after one semester and took a job as a live-in nanny on Long Island, New York. I began that job January 2002. Before I left for NY, I went to a friend’s for New Year’s, and there met a friend of my friend… if that isn’t confusing.

When I got to NY, I was searching for a like-minded church and in talking with my new friend of a friend back home, ended up with an invite to meet her family and worship with them at their church in New Jersey. It was 66 miles from point A to point B, through Manhattan and across the Cross-Bronx Expressway. Lost multiple times, I determined before I ever got to church that Sunday I’d never, ever make that trip again.

It was great to meet my friend’s family and a few of her many (9!) siblings, but I was still determined I wasn’t going to make that drive again – especially after I got lost multiple times on the freeway going home. Two weeks later, I was invited to come again. I didn’t know how to say ‘no’… so I ended up going. And then…

Talking with my friend’s mom after church, she introduced me to her son.

Dressed in a three-piece suit and 24 years old, he certainly made a sight to see. I found out later the suit was the only thing in his closet that was clean… but the damage was done. He invited the whole family over for lunch, and since I was there, I was included. A roasted whole chicken, mashed potatoes and gravy… the man knew how to cook. Or something, since it’s not something he does regularly any longer… Anyway, conversation was easy and we were having fun talking about common interests. His parents deserted us when they saw where that was going, and hours later, back at “home” I kept thinking I’d met the kind of guy I’d marry – but certainly not this one, since he was 6.5 years my senior. 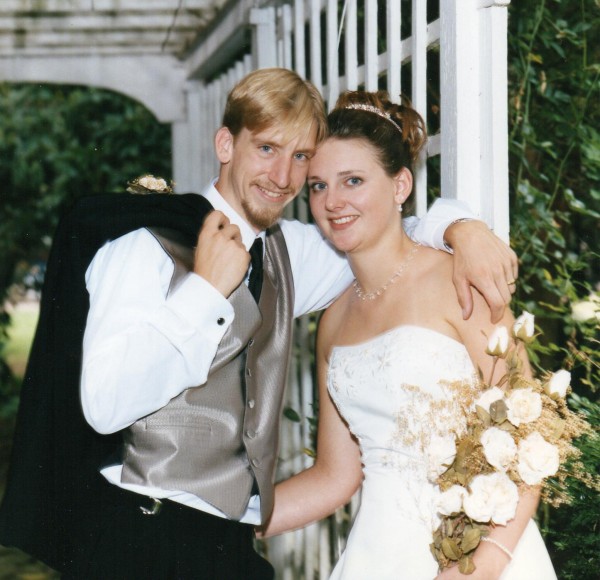