Eden’s been working at the cafe I worked at in high school, but not getting the hours she wanted. She was hired on at a nursing home and has completed training online to become a CNA before she starts work for them. She’s super excited. All she has left is her test and she’ll be certified. They have a path to getting an RN that has her planning out her future before she’s even begun. 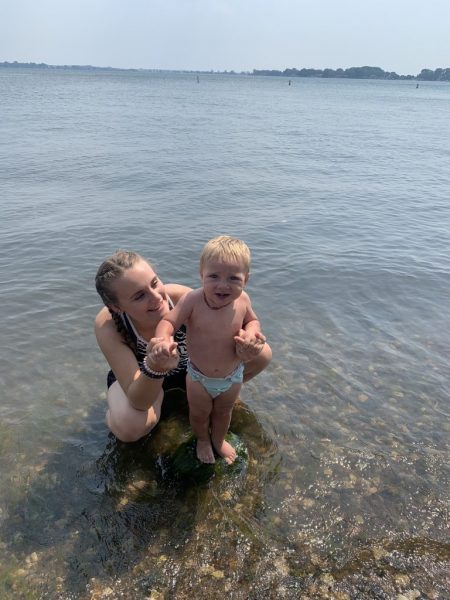 Liberty is working doing odd jobs for a local veterinarian. It seems right up her alley. I can’t decide when she comes home if she loves it and is just exhausted or if she’s missing scooping ice cream. She just finished doing two summer classes (Business Law and Accounting 2) plus working full time. I don’t see her very often.

Sterling has been working at a farm nearby trapping pocket gophers and doing some odd jobs for them in the mechanic shop. It’s twelve miles there and back and he’s been riding his bike back and forth unless he finds someone to give him a ride. He’s determined.

Blaine started a few weeks ago driving a semi with a double trailer hauling grain. He’s done well so far. It’s a definite change from photography but it’s a lot less mental strain I think. He had a few rough weeks with truck breakdowns but things seem to be smoothing out. 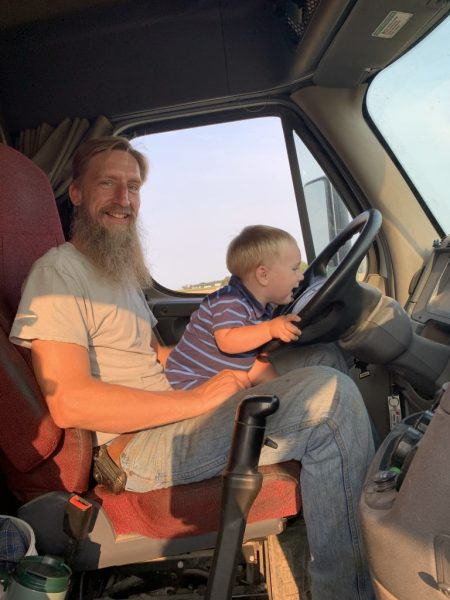 Stellan learned how to ride a two wheeler when he was three. He loves riding bike. For his 5th birthday in January, the girls and I bought him a 16 inch John Deere bike. He was not impressed. He liked his little 12 inch bike and didn’t want to learn to ride anything bigger. We got to South Dakota and his 12″ tires went flat. It was ride the 16 inch or wait until I go to town for new tire tubes. He figured it out – and then went for bigger and bigger. I keep finding him on the 18 and 20 inch bikes, and I had to tell him no when he was going to try the 26 inch bikes. Crazy boy. 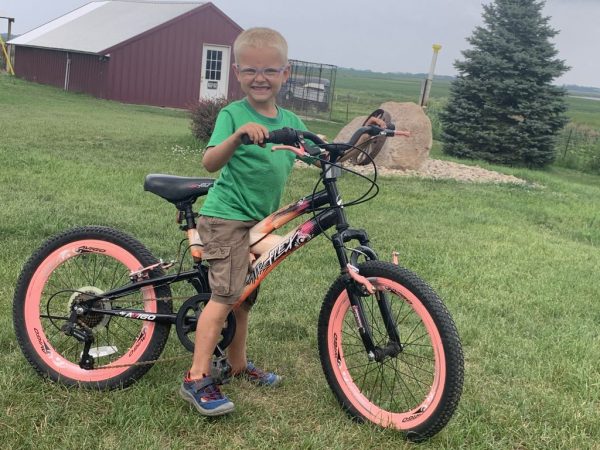 We’ve spent time at the lake for a family reunion, got to go to the local pool a couple days ago for the homeschool group get together, and I’m making lists of schoolbooks for the upcoming school year. I broached the subject of getting the curriculum out of the storage unit soon with Blaine. I’m not sure he was thrilled at the thought but hopefully we can get those out soon so we can get things ready to go again. I’d like to get a good bit done before the baby is born so we can take a break then. The summer is flying by, the house hunt continues, and my pregnancy has hit the miserable last bit that is hard and exciting all at the same time. Baby will be here sometime in September, Lord willing.