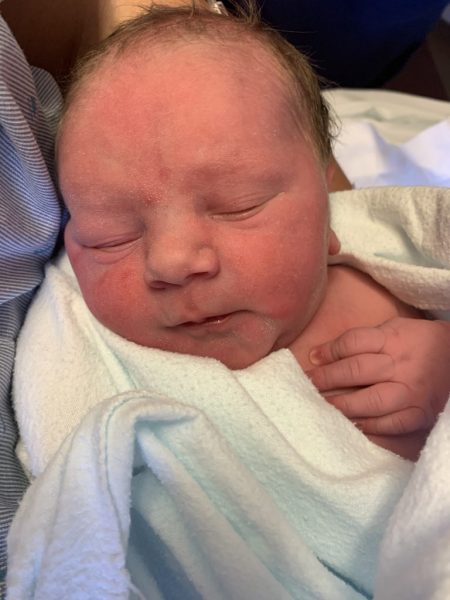 Lachlan Hyde was born yesterday afternoon in a whirlwind birth like none of my others. 37 weeks to the day, my water broke about 10:20am, which I’d rather hoped for as the start to labor. I have many contractions leading up to labor, enough that it’s hard to decide when it’s for real. We are living half an hour from the nearest hospital, and Blaine is on the road all day during the week, up to 2.5-3 hours away at any given time. At least this made a clear start to labor, no questions. I called Blaine and then had Eden take me to the hospital, unsure how quickly the contractions I was already having would become serious. We dropped Sterling off at work, got lunch in town, and got to the hospital about an hour and a half after my water broke. Contractions were completely tolerable still. I was dilated to 2-3cm – no change from six days prior. That really surprised me. I have had babies super fast from #5 on, especially with my water broken. 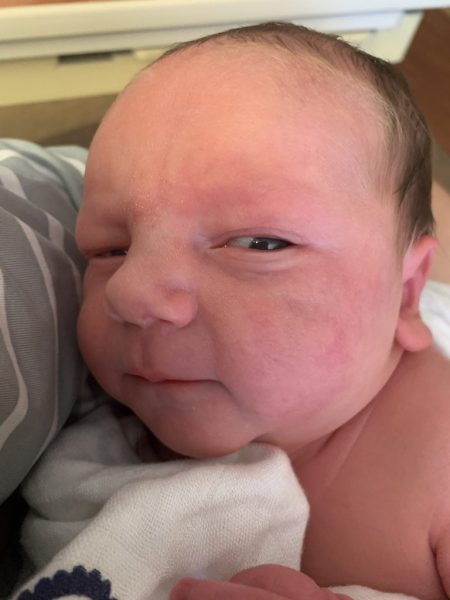 Blaine got to the hospital about 12:45. About 2:30pm I started hemorrhaging. That could be my old cesarean scar from my surgery with Ruby 13 years ago, or it could be the placenta tearing away. Neither is good or safe. Within half an hour we were in the operating room and I was put under general anesthesia to get baby out quickly. Lachlan Hyde was born at 3:05pm. I didn’t get to meet him for two hours after, by the time I woke up and got back to the obstetrics floor. So strange. So different from vaginal delivery. There was a good bit of pain before they took me to the operating room, but now – now it’s miserable. Hoping that gets better quickly. I’m far too used to feeling amazing after births compared to the agony of pregnancy and labor. This is definitely not amazing.

Baby #10 evens the numbers. Boy #5 makes five boys and five girls in this crew. The boys are ecstatic. Some of the girls were really hoping for a girl. “It’s been SEVEN years since we had a girl!” And yet. The OB that did my cesarean visited this afternoon. She has a third theory on the reason for the hemorrhage, one far less scary, not having needed a cesarean at all, but there was no way to know that until she had me open. Growths (adenomyosis, should you care to Google) that we knew exist in my uterus were bleeding, and she suspects that may have been the issue. She sent the placenta off for testing, ruled out old incision tearing, and we wait to hear for sure. Regardless, she recommends a hysterectomy and definitely no more babies. I’m ok with that. 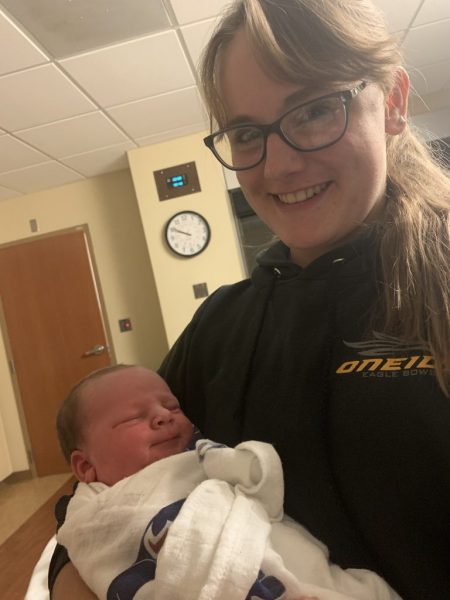 Eden was there for all of it… at least until she got left in a cloud of worry to sit in the delivery room while Blaine came with me to the operating room instead. Quite the excitement, not quite the birth she anticipated, but she got to meet her brother first anyway. I’ll be in the hospital for at least another day and visitors are limited to two at a time so the rest of the kids won’t meet Lachlan until I get discharged.

Lachlan is currently sleeping on a bilirubin blanket. Babies born early are especially prone to jaundice, as my last two boys, early by 3 and 3.5 weeks, have proven. Praying for good numbers in the morning.

I’m so glad that pregnancy is over. That that birth is over. It was about as rough a day as have come for me. Pain, fear, trepidation – all real parts of that day. But I’m so glad for little Lachlan. 8lbs, 1oz, 2”19.5” long.