We are all well. Have been since Monday… after the last person fell prey to The Bug, and all ten of us were sick. I almost prefer that, in a strange way. At least now I know there won’t be any outliers, waiting to get sick when normal life has resumed once more.

We bought a camper! We’ve looked since we got back from Iowa, and Tuesday night we drove about two hours to look at yet another. This one didn’t have a floor caving in from a “small” (ha!) soft spot, no damage anywhere, our preferred no slides, and it weighed what we needed it to for our van to tow it well. It has quad bunk beds along with two fold-down double beds and a queen. We’re pretty excited. We drove over two hours each way on Saturday to look at a different one, only to find that camper was not at all what it was advertised. So frustrating. It made finding this one all the more fun. 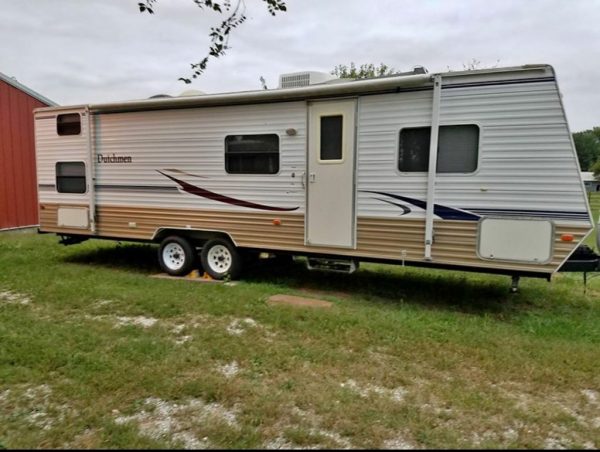 Pierce turned seven on Monday. I won’t lie, this kid is giving me a run for my money. He’s more stubborn than any of my others, and when he doesn’t get his way, anger – fierce anger – is his first and only reaction. I don’t know if it’s diet, sleep needs, or merely personality, but this last year has been hard, and this week has been particularly rough. I find myself avoiding controversy with him, knowing what will ensue. And yet, I think I’m doing a disservice to him – and myself and everyone else, eventually – by avoiding it. And so, I’ve faced him head on this week. I’m not sure sometimes if I’ll make it, but I’m giving it all I’ve got. He’s fiercely passionate, works hard, and is incredibly level headed when he wants to be. Praying I have what it takes to teach Pierce to use all his fierceness to the glory of God. 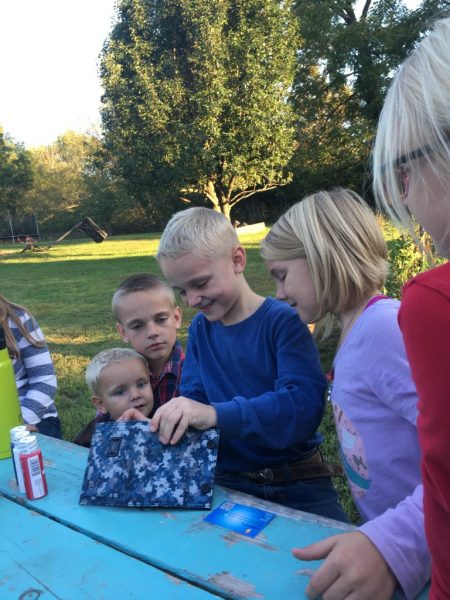 After all the illness around here, we finally ate a shared strawberry cheesecake to celebrate both Charlotte and Pierce on Sunday afternoon. Almost everyone felt well enough to eat it! 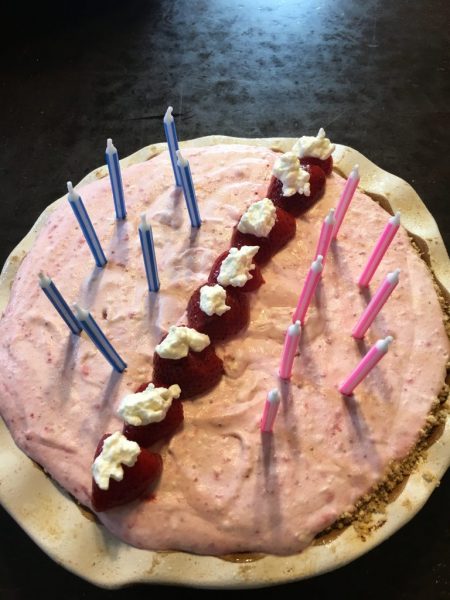 Tuesday I was walking Stellan to his co-op classroom when he began wiping furiously at his eyes. “Mine eyes have water in them.” It was the saddest moment. He was so determined not to cry, but those darn watery eyes. He insisted later that it had rained on him. Funny, I thought it was 85 and sunny.