Boys are a different breed. After growing up in a house of girls almost exclusively with just my sister and me except for a brief period, this is a whole new ball game for me. Sterling broke me in easy with his love for quiet and books and academia and working with his hands. Pierce provided a bit more rough and tumble experiences with his inability to sit still and fierce nature, complete with temper and willingness to fight to the death. But, Stellan.

Powerful words, right there. Stellan is a force to be reckoned with. He’s determined and a mess maker to an extreme, fearless and adventure seeking. And always hungry. And usually found without pants. More than once the kids have had to traipse back to where they’d been with him in the great outdoors to track down where he’d dropped his drawers. 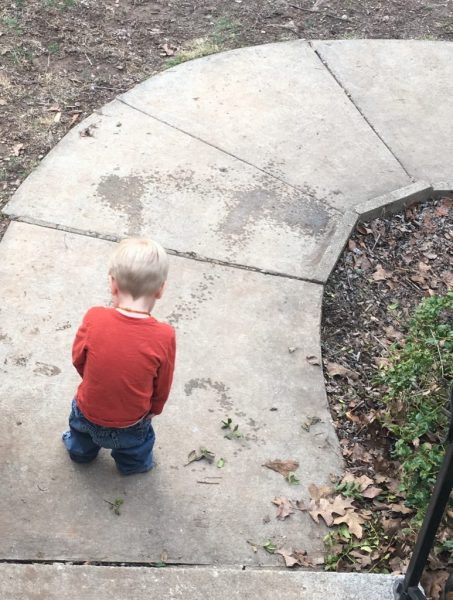 Like, on the front walk. Because he can think of no better place to relieve himself, it would seem. And Blaine was just wondering why the front porch smelled like pee. I blamed the cat. 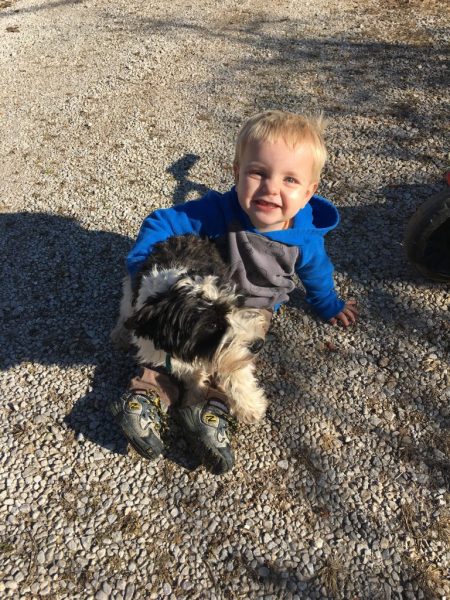 Boys love dogs better than my girls ever did. Poor SoDak deals with Stellan’s affection on a regular basis. He tolerates. And slips away at first opportunity. The other day Beckett had enough of him and went into her crate. Stellan followed her and hung out with her in the crate. Poor, poor puppy. 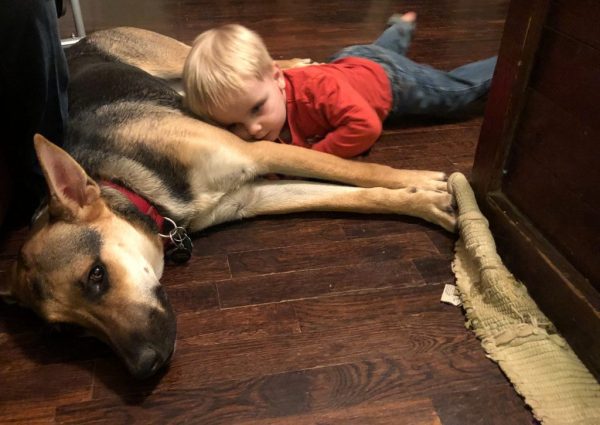 I didn’t have a clue what I was getting into with these boys. But with their rough and tumble also comes sweet and affectionate. Stellan asks more times a day than I can count, “on your lap?” and will sit and snuggle me. Sterling is rapidly growing out of his desire for affection from me, but he’s the one who will walk past and scratch my back for a minute. Pierce is so tough, so desperate to be big, but he scoots up next to me on the couch every chance he gets.

Today, when I walked into the bathroom to use it, I found Stellan on the toilet. I made it just in time to see pee hitting the floor, the stool, everywhere but where it should be headed. I dove to aim things properly, and he proceeded to continue peeing, all over my hand. But, the dear boy kissed my arm as I helped him aim. I’m sure that makes getting peed on all better. Funny part was going into the kitchen to get a rag to clean up his mess, getting that done, taking the rag back through the kitchen and finding spaghetti sauce all over the floor and cabinet. I cleaned that up, rinsed that rag, found dirty dishes needing attention, washed those, and realized fifteen minutes later I’d never made it to the bathroom myself.

Never a dull moment, I tell you. Ever.

Before children, I rather hoped I’d have a whole houseful of boys. Then we started with girls and, well, they were pretty fun. This mix we have going is interesting. I think I’m glad for just the three boys though. I’m not sure my house, my sanity, or my grocery budget could handle many more.