The rain has finally stopped, and signs of drying out are beginning, but not without a whole lot of fun in the mud and water that has occurred after over seven inches of rain during the month of February. The ditches were full, and the kids had a blast playing in the water. Sterling apparently thought wearing a garbage bag would save him from the mud. Eden seems to have given up all together and opted for shorts and skipped the boots. The rest of the kids started out with boots and gave up on them when they filled them with water.

We thought we’d wash Aggie’s feet off too, because, well, mud. But it turns out the horse really, really likes water. I thought for a minute she might roll. She pawed at the water for many minutes and splashed and completely drenched Liberty. Fun times. 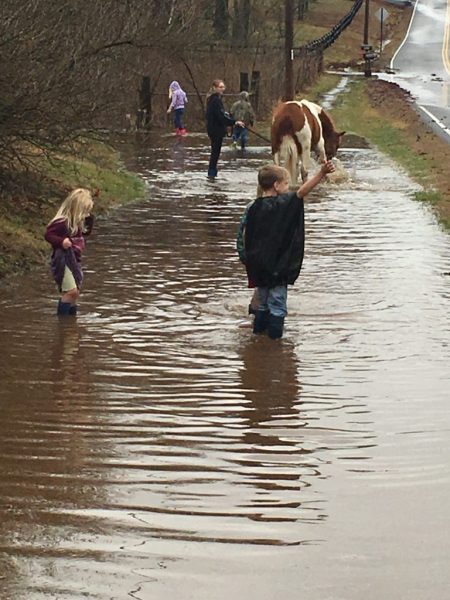 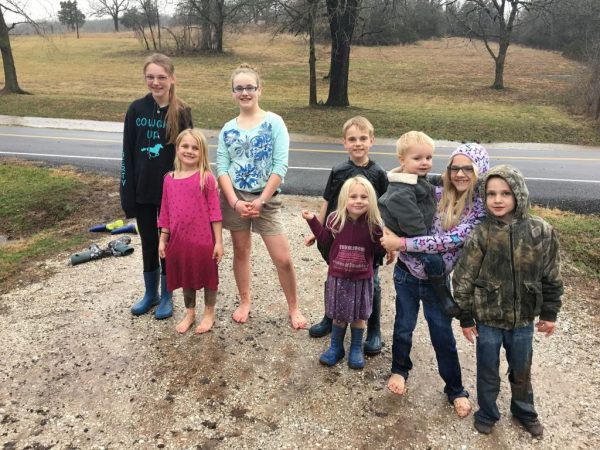