I was out with just Stellan and Ellie yesterday. I pulled up to my first stop and both of them were sleeping. Uh… Now what?! I’d forgotten such possibilities. It turns out, I can still carry two sleeping babies and a diaper bag, lock a vehicle, and hold both until the older one decides to wake up and walk. Back when Ruby was born, Sterling wasn’t walking yet – and didn’t for 4 more months. Carrying two babies was the norm then. I’m rather glad I don’t have to anymore. There’s always several  sets of capable arms to help carry babies!

I decided to go get a copy of Stellan’s birth certificate since I was driving past that office. I got both babies out, headed to the door… It was locked. President’s day. Now I’m getting tired, and we still have to run to one more store. I climbed in the back of my giant van to buckle babies back into car seats, realized Stellan needed a clean diaper, changed him, then went to hop out – and opened the van door into a car backing into the spot next to me. The guy didn’t even check his car that I’m pretty sure I didn’t dent. He just blew it off and headed to wherever he was going. Whew.

But. Oh. My. Word. All those people who comment that my eight children keep me busy? Ha. Two littles and no bigs is more work, more stressful any day. I was exhausted, it wasn’t even 9am, I’d just escaped a potentially expensive car repair bill doing something I am forever reminding my kids not to do, and I had yet to truly accomplish anything. (Except an OB appointment that, it turns out, was primarily for them to ask me about postpartum depression. At 8am. On a freezing cold day. With a newborn and a toddler. And yes, I teach grammar and just wrote three sentences containing only propositional phrases. I didn’t have the energy to think in complete sentences by that point.)

Stellan’s a crank. I kept thinking I never get awake photos of him. It finally dawned on me. Unless he’s sleeping, he’s nursing or screaming. Neither lend themselves to a photogenic moment. He sleeps great at night. But daytime has him hollering, eating, or sleeping. I’ve had a moment or two lately thinking that I’m too old for this. 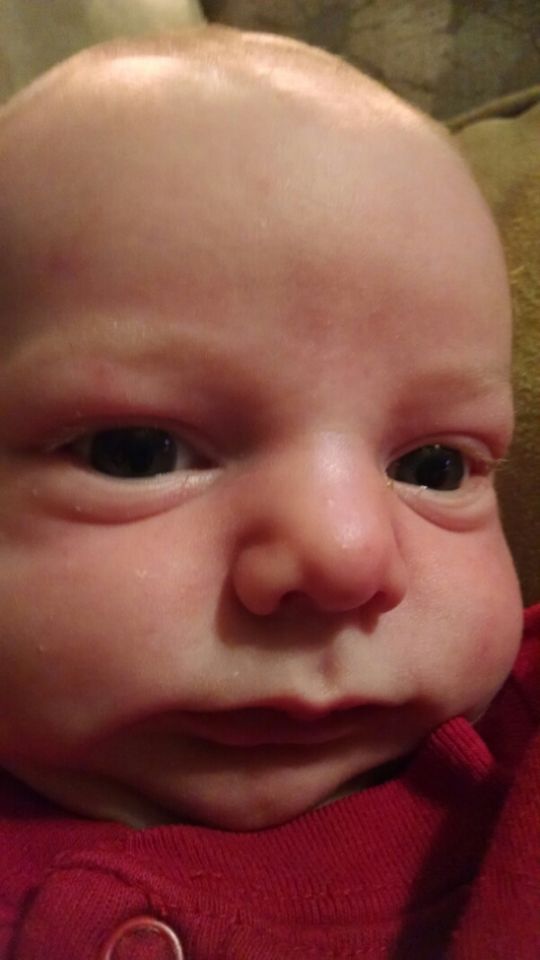 I got that one last night. Between, no joke, screaming fits. On the bright side, he nurses every 30-60 minutes unless he’s sleeping. Those cheeks are filling out nicely. 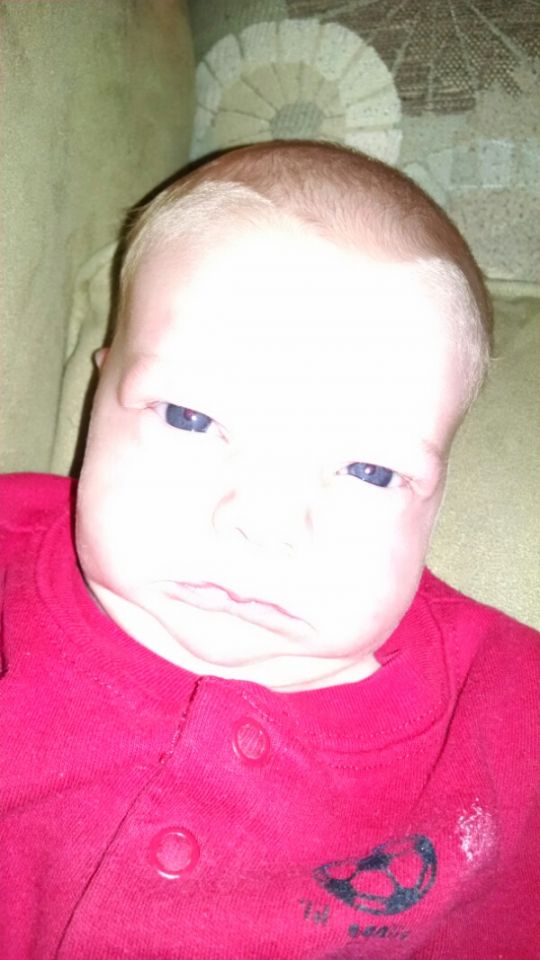 My phone totally blew this one out, but it highlights his perpetual frown quite nicely. It also displays his chins quite well.

Life is getting back to normal. We’re back at school, meals are made, laundry is back to a constant battle after mom left. The kids love to hold Stellan and several are getting quite good at the bounce/rock/pace Stellan requires. It’s a good thing, because it’s the only way I can accomplish anything. He loves the ring sling when we’re out, but every time I try it at home he loses all composure. Seasoned momma or not, every baby is different enough to make me question if I know what I’m doing at all.

Beyond school and two-littles errands yesterday, I made Elliot an owl for her birthday in a couple weeks. She’s crazy about owls and, well, now she can have a crazy looking one-side-is-pointier-than-the-other owl. 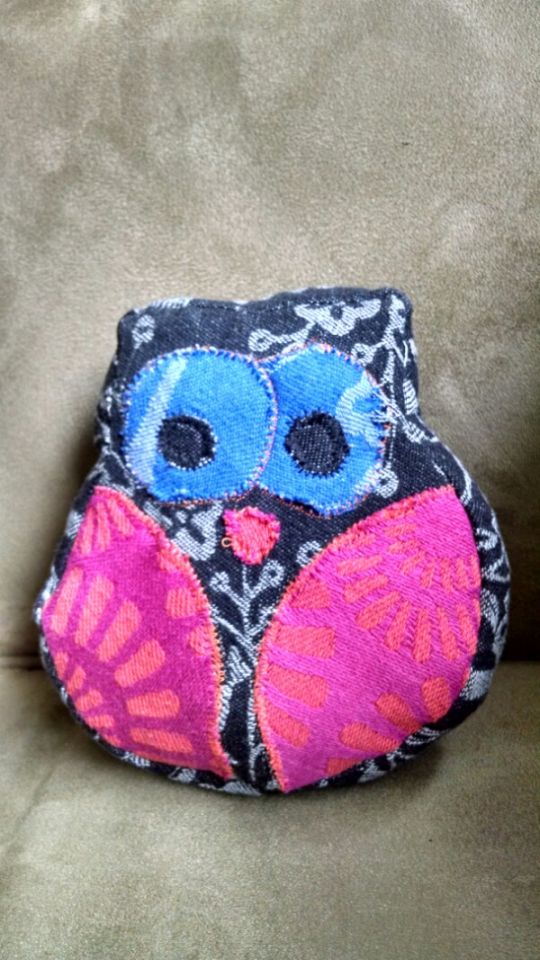 Life is just a little crazy like that right about now.