Friday I scrubbed. The walls, the trim, the floors – it was all looking better than it has in ages. The bathroom got a thorough scrubbing. Laundry was nearly caught up. The living room got a mini rearranging. The kitchen received much attention.

Turns out, I was merely providing a sparkly surface for the vomit to land. We have a new record: five kids coming down with a stomach bug in two hours. Throw in the one who started it all the day before but hasn’t finished yet and we’ve got a real party at my house.

Laundry, somewhere around eight loads later, is no longer nearly caught up. Sheets and blankets and pillows cycled through the washer in mass quantity. (Note to self: confiscate five-sixths of Charlie’s pillows next time vomit is forecasted. Oh my.)

Sterling and Stellan remain well, as do Blaine and I. I am cautiously optimistic we’ll escape it entirely, and equally cautious to hope the vomit is done, having left other less severe symptoms in its wake.

To add insult to injury, symptoms began on the days I’d so looked forward to – temps with 75° highs, three days in a row. Instead, we stayed home and mostly inside. Elliot’s birthday dress is complete a week and a half before her birthday, and her other gifts are ordered – quite possibly a record for me in recent years. My ability to plan that far ahead has gone by the wayside. 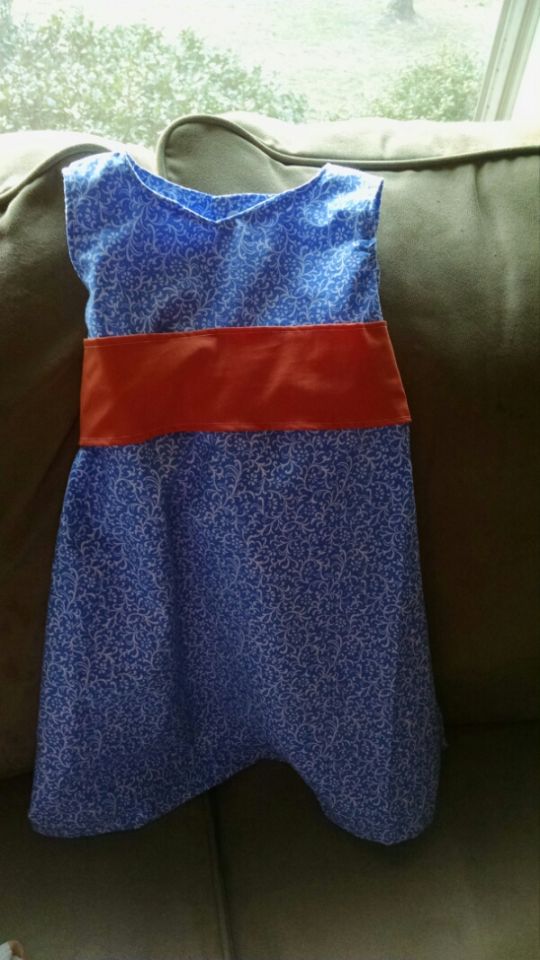 And… Stellan’s growing. He’s has given me glimpses of happy, even. (And he has a pair of super-special pj’s on, thanks to a friend. I keep forgetting to get photos of him in the other things… I will!)

Endurance. Sometimes, that’s all I have. Today, I endured. And washed laundry. (And sewed. Because… I could.) Oh, and I made rice pudding for children who were claiming to be starving. Trying to stick to the BRAT diet concept, but with children who were revolting. Judging from the barely touched bowls, either their hunger was far more minimal than originally thought or they do not care for rice pudding. Here I thought I was all clever. Ha.