We’re revamping chore lists and routine lists today. The kids are determined a list of all the chores is all they need – that they will divide them up among themselves each day. It sounds like a recipe for disaster… ie. fighting… but I gave them what they asked for. This ought to be interesting.

We redid our buddy system too. Liberty has volunteered, for about the last year and a half, to have two buddies… Elliot and Pierce. You know, the two hardest. She puts their laundry away, helps with diapers, car seat buckling… it’s all too much. I put Pierce with Eden and Sterling and moved Charlotte to be Ruby’s buddy now that she’s approaching five next month and capable of her own personal hygiene and putting away her laundry.

It’s sure to be an interesting week, adjusting to new norms. I didn’t switch anyone’s name or birthdate, for the record. Or bedroom. I don’t have the energy for that.

That did give me an idea, though. The boy’s bedroom is smaller than the girls. But if they switched and school stuff could move upstairs with the boys… I’m going to have to think on this. Hmm.

I caught Ellie in the garden in a Maisie-provided hole the other day.

I’m glad she’d already been stripped down to her diaper from an earlier mess.

Minutes later, she found a coffee can full of mud and a sandbox full of water. 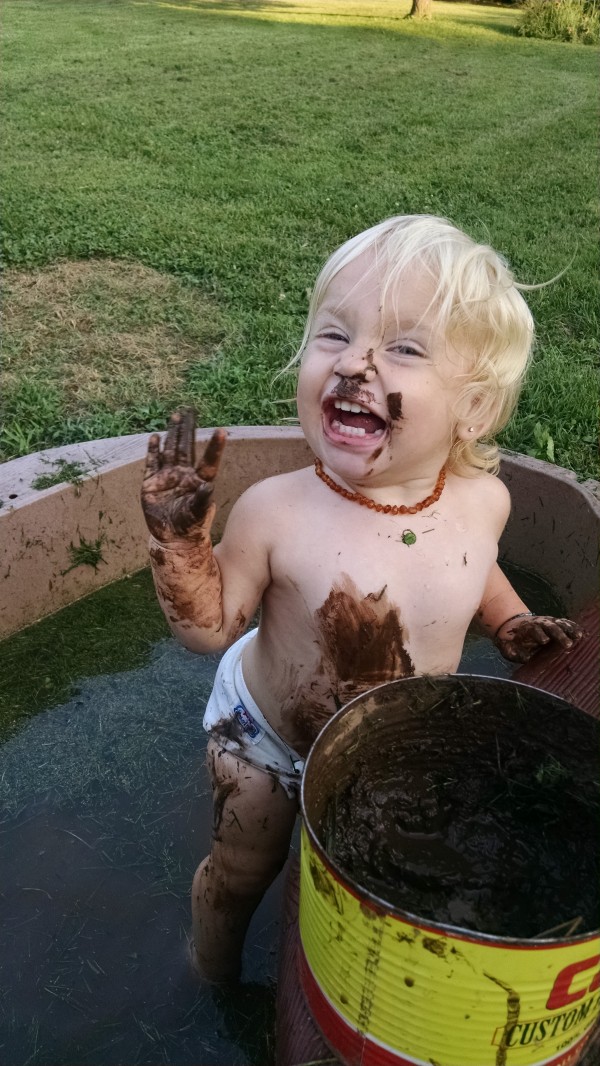 It was a bath kid of day.

The kids cleaned up that disaster with a promise of sand… We went and bought sand for the sandbox instead. It’s still going to be a bath kind of day… Every. Single. Day. 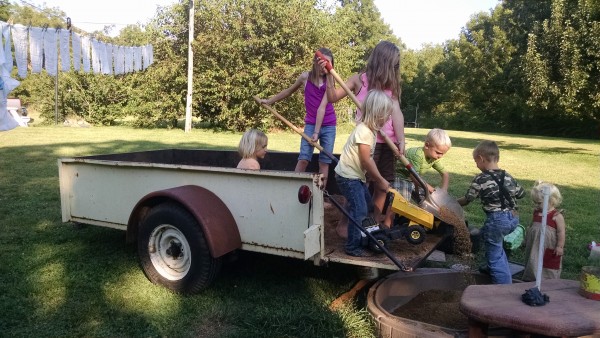 Today’s first bath, and only so far, has been necessitated by the dear child who left the honey jar open on the table. Ellie climbed right up and helped herself.