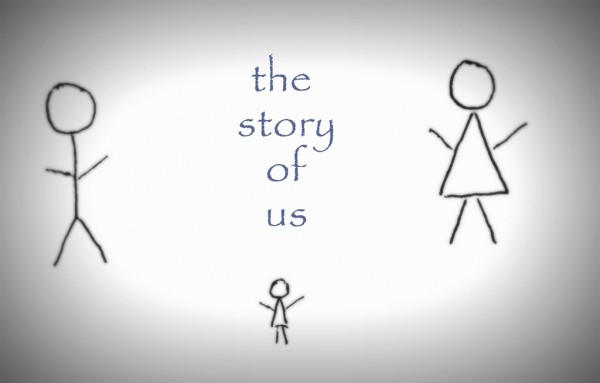 June 21, we celebrated Blaine’s birthday and having made it to the nine month mark. Now it seems funny, but at the time, I was pretty concerned with appearances and did not want questions as to the conception of my child.

June 25, labor began. I was admitted, confirmed to be in labor, and left to progress on my own. After several hours, I was moving along, and then it stopped. The next morning, when given the option to induce labor or go home, I stupidly made the decision to induce and get it over with. The doctor broke my water, began pitocin, and that night, Liberty Skye was born. You can read her birth story here.

And so, another of my plans was altered. A girl? First? Certainly we’d have a boy first. It’s the American Dream, after all. A girl first was not on my radar. I struggled with wanting the perfect life – and this was not what I’d envisioned. More money, peace in my home (and heart) and less struggling were what I thought I deserved. I wasn’t content. I had so much to learn. Apparently, I was one of those. You know, the ones that have to learn the hard way.

We settled into life with our first child. We moved from our apartment to a rented old farmhouse, where we burned wood for heat, got a Great Pyrenees dog who drove me nuts, and we worked towards buying our first home. Choosing not to heat the whole (big) house, Liberty’s bedroom sat empty and her crib hung out in the kitchen, closer to the wood stove. Flies and box elder bugs were abundant, and some unknown creature chewed on the floor boards from the dirt crawlspace. The pipes froze when it got really cold, and paint flaked off the living room walls and fluttered to the floor on a regular basis. God was working on me and this whole contentment thing.

Our marriage was rough. Blaine changed jobs, we’d been married a year by that point, and had a new, very crabby child who screamed day and night for the first five months of her life. I knew something was wrong, but the pediatrician kept saying it was normal. Finally, after many sleepless nights and at my wit’s end, I took her into the doctor’s office again, handed her to the doctor, and told him to figure out why she wouldn’t stop crying.