Liberty, aka “Bobby” to Creed, called one day and said she was working in a field close to home spreading fertilizer and asked if I could run Creed to her. 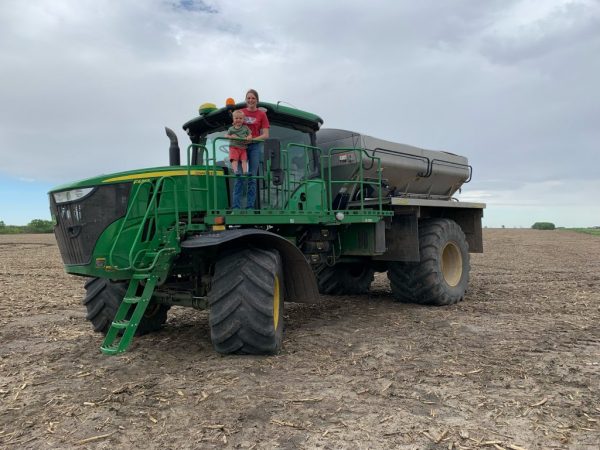 He’s still talking about it almost a month later. He got to ride with her for hours. He now sleeps with his little spreader toy she got him for his birthday. I think it was the best day of his little life thus far. Bobby is his hero. She has the coolest job. 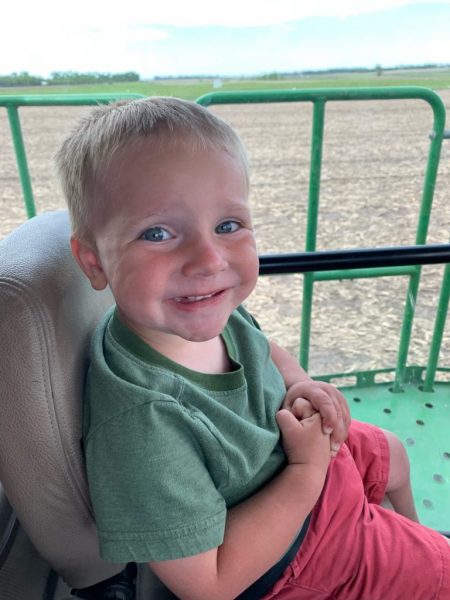 Also… Liberty sunburned herself pretty good earlier this spring. She was red as Bob the tomato on Veggie Tales. And so a nickname was born. Creed has held on to it tightly, because he can say it well while he struggles with her given name. And, well, he loves her a lot.

Blaine’s parents and youngest sister visited for a week last month. Hosting was challenging without a home but we had a good time anyway. The kids, (save Liberty who was working) my mother in law and sister in law, and I went to a local attraction, Prairie Village, one day. I’d been itching to go since we got here. It was a fun day. 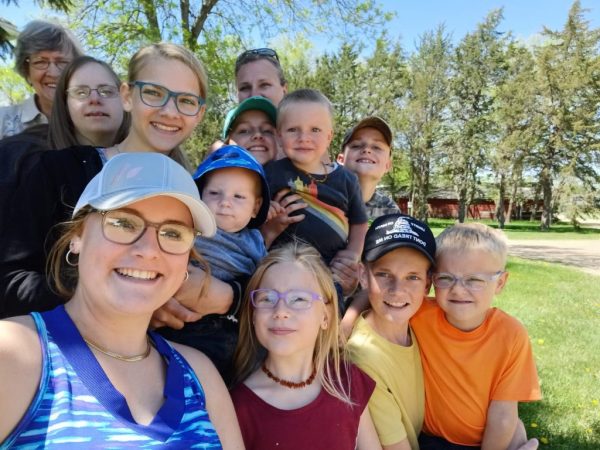 Eden spent a week in a medical boot after hurting herself on the dirt bike in Missouri. Nothing was broken but the doctor had her take it easy for a couple weeks. She couldn’t work, iced and rested it a good bit, and all seems to be well again, thankfully.

Last weekend Blaine and I took the two little boys, borrowed Liberty’s fuel-efficient car, and made a quick trip to check out areas, homes, and churches in a new area. We’re still working on making decisions there, but I expect a move out of South Dakota is coming soon. We have to find a cheaper area where we can buy a home in our price range, and Blaine would be thrilled if it were a warmer area as well. Your prayers are coveted as we figure out what’s next.