Creed is officially pacifier free and no longer mad about it. Naps are harder, but he’s handling it well enough. He even found one of Lachlan’s that was identical to his own but smaller, sucked on it like he was so funny, then handed it over happily. Whew. I briefly thought he’d head back into mourning the loss once more. 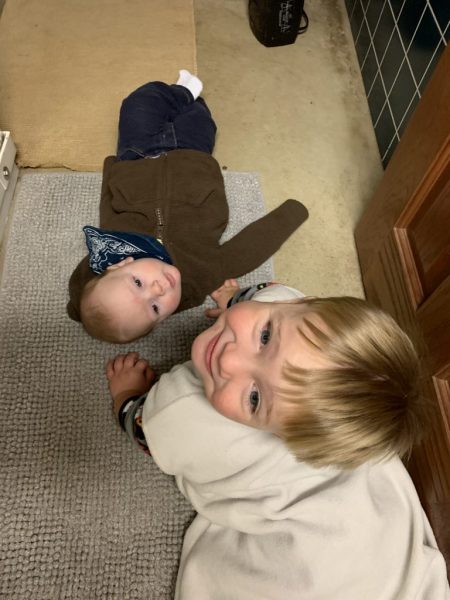 That isn’t to say we didn’t have some rough points. Like the moments leading  this one… 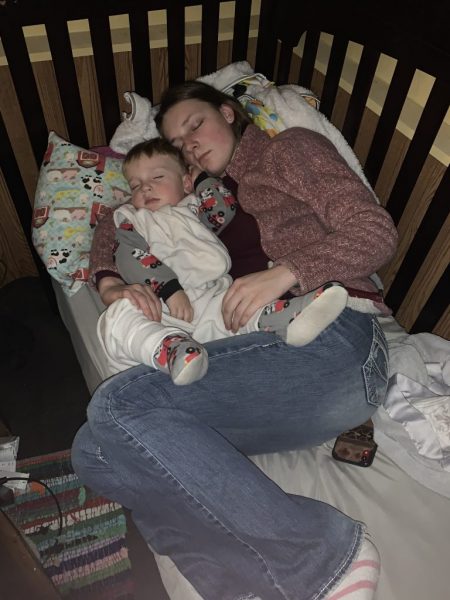 Liberty to the rescue. Bless her.

Sledding has become a favorite winter pastime here. A few times I’ve taken kids to the sledding hill in town. It’s the same hill I sledded on as a kid. So much fun. It was less tiring as a kid though! 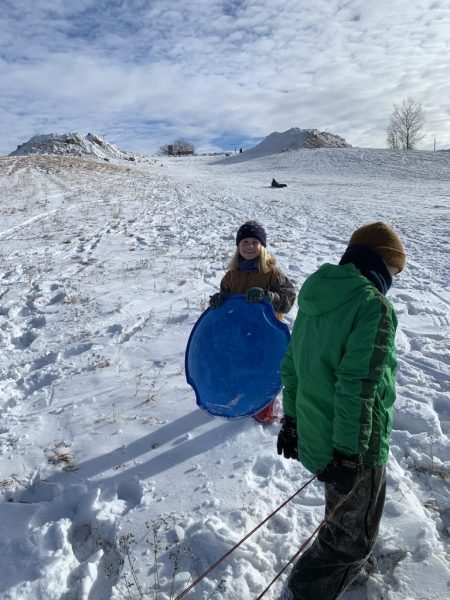 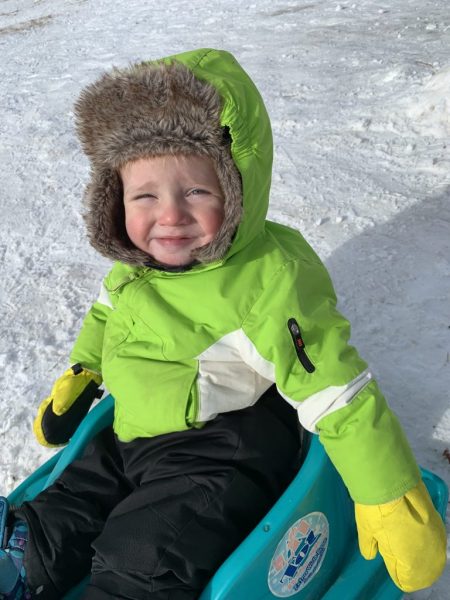 We went to a local “Living History Fair”. That was so much fun! It was by far the best field trip we’ve done. Rope making, a talk by “Abraham Lincoln”, trying out a printing press, hearing about food prep during the Civil War, spinning wool, cavalry life… so much to see and hear and try. It was odd to hear things from a mostly northerner perspective after spending over a decade in the south. We had a great time, though, and for a day, I got to have all my kids together with me for a “school trip” again… even Liberty, graduated and almost finished with college that she is, came with us for the day. I’ve missed that. 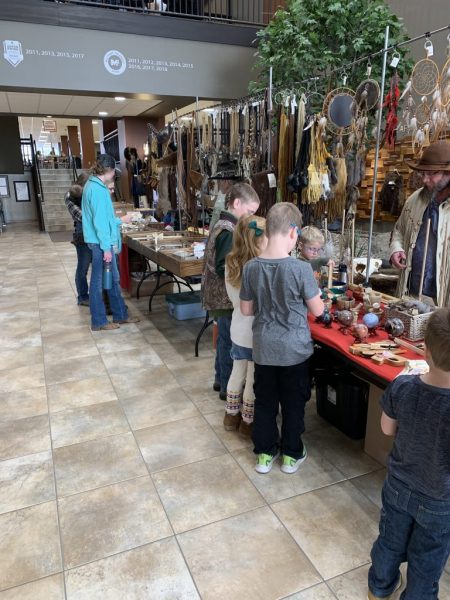 Ruby’s been helping my dad with lambing. She’s enjoyed herself and learned much – chief of which includes trying to avoid having “bum lambs” – those that require bottle feeding or tubing. Those are a lot more work! 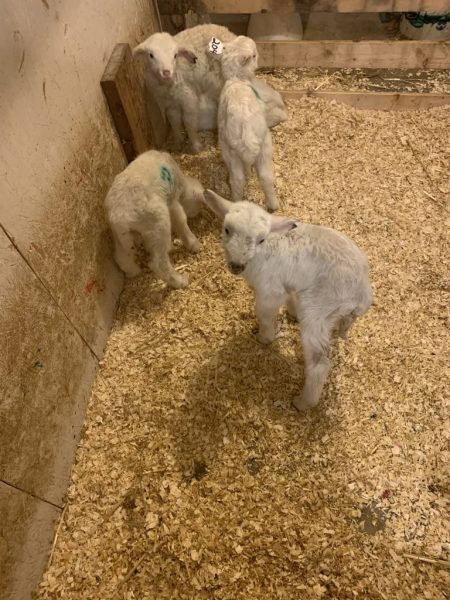 The boys repaid a prank that Liberty pulled and did their best to bury her car doors. She was a good sport – and thankful that she didn’t have to dig nearly as long as her boss that she started the whole thing with!

Lachlan is rolling over from back to belly. He’s gone the other way a couple times accidentally, but lay him down and he’s on his belly in seconds these days. He kicks his little legs like he’s trying to go somewhere. I have a feeling he’s going to beat our family records for moving early. Right now, Ruby holds the records for both crawling (8 months) and walking (12 months). 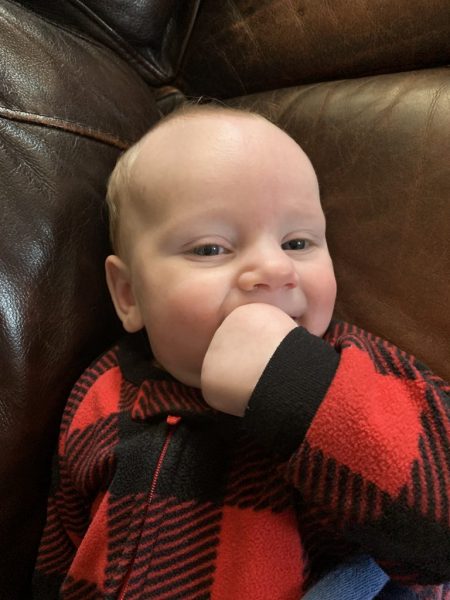 Creed hauls around the five pound kettle bell weight like it’s not a good percentage of his body mass. He grabs it and tears off like he’s stealing his supper. (Grabbing food and running might be something he’s developed skill with…) 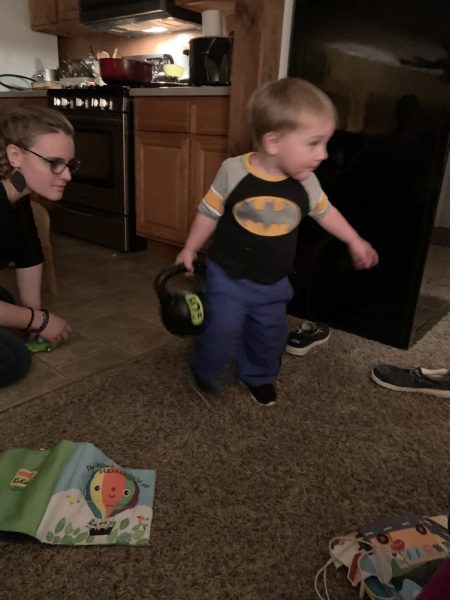 And finally, Stellan turned six this week. He’s so excited to be old enough for sharp knives and pellet guns. He spent his birthday money on a pocket knife after I squashed the throwing knife option. 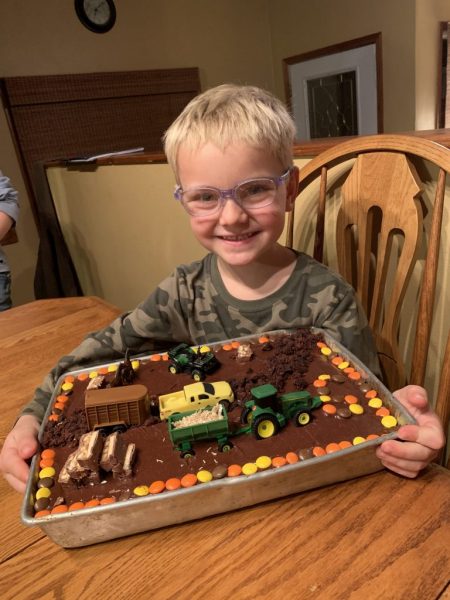 It’s been a busy month. House hunting continues. Snow has been something the kids have enjoyed for the most part. Temps have gotten down around -15° with wind chills around -40°. Several of the kids have experienced minor frostbite. Overall, it’s been fun to have a “real winter” again. Stellan is itching for more snow yet so that he can make snow caves and tunnels. March is the snowiest month here. It could happen.