Merry Christmas! I took only two photos. It was a lovely day of feasting and gifts and games and family, with a rousing discussion on why we get gifts when it’s a celebration of Jesus’ birthday. In the end Stellan was super confused, but thankful. He loves gifts. A lot.

Blaine took this one. My mom and Blaine are the only ones missing here. 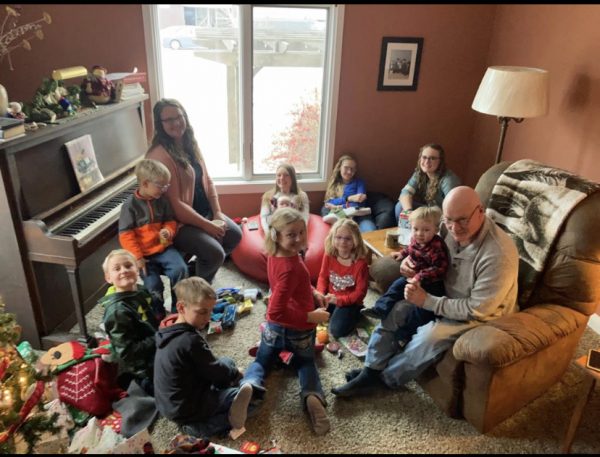 I had this idea for gifts, and I kind of love it. The bigger kids like to buy gifts for everyone, and with those and the gifts Blaine and I give them,  it turns into a long time of opening gifts. It still was a bit long with the kids gifts, but I wrote down names, drew whose turn it was to open the gifts from Blaine and I, and I had bagged and stapled shut their gifts into one gift bag each, instead of wrapping paper. Four gifts were too big, so with bigger gifts I wrapped and numbered them, and a slip of paper with that number was in their bag. It worked very well. 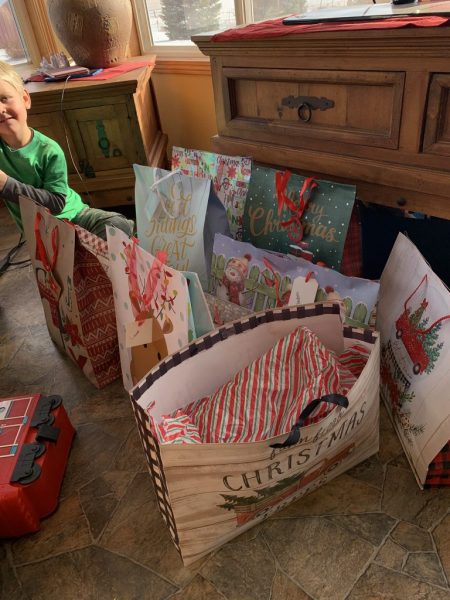 I love giving gifts. A few of my favorites this year were a new Bible for Eden, Stellan got his first Bible,  and Creed got a wobble board. I’d never herd of them before, but if you haven’t, Google it. Super cool. I’ve recently discovered Montessori as a term for the toys I’ve loved all along. Learning toys, no batteries anywhere, and lots of creative playing is the best.

Ruby (13) made almost all of the food yesterday. We had ham, sweet potato casserole, hash brown casserole, bacon-buttered beans, and homemade rolls. She and Charlotte (11) made blueberry, cherry, and pumpkin pies the day before. They worked hard and pulled off a feast.

Sterling made Ruby a recipe box for Christmas. It turned out beautifully. She’s already begun copying down her favorite recipes  for herself. 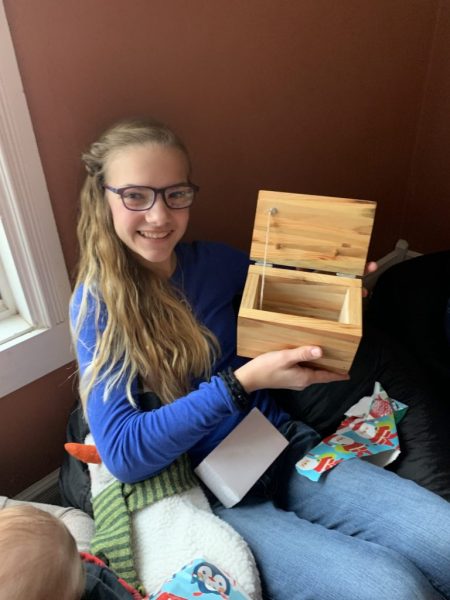