We went back to co-op this week. It was mostly normal. Temps taken and no sniffles policy but so far so good. Elliot was super worried that she’d coughed twice at co-op. What a strange world. I took back to school photos – and Liberty, graduated and all grown up – was at work already. That was a weird thing to process. Creed’s first year at co-op means I had eight kids with me last year and have eight this year too, but the dynamics look all different. Elliot is in first grade! She was thrilled. Stellan is in k4, Pierce is in 4th, Charlotte, 5th, Sterling and Ruby are both doing 8th grade and Eden is 11th. Seven students to teach. Liberty is enrolled at the local tech school online only taking 17 credits toward an business and accounting associate’s degree. Creed and I are hanging out in the nursery this year. 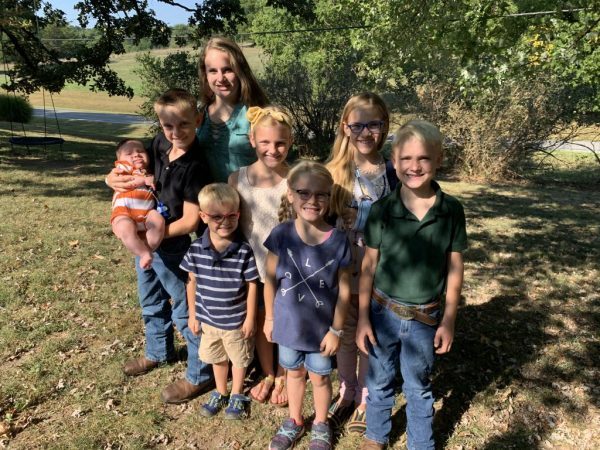 So I got this idea. I couldn’t decide how great it was, but Liberty jumped on the bandwagon and was certain it was fabulous, so we pursued it. A couple trips to thrift stores and all eight older kids have their own unique plate, bowl, fork, knife, spoon, and a handled jelly jar with their paint on it. No two are the same, and I have photos of each kid with their things so when I forget who has what, I can look and prove who left their things out. We’d had too many spoons turn up ruined in the burn barrel and I found too many forks in the yard. My supply was dwindling. Problem solved. Each kid washes their own and is responsible for their location. Other than a few days that Stellan spent a bit of time looking for his spoon before he could have breakfast, it’s been nothing but fabulous. We made it a week before Pierce’s plate was broken and I had to run to the thrift store for a 50¢ replacement, but I’ll deal . Less dishes, messes handled by the maker, and more accountability. In a world that it’s hard to require accountability because nobody ever did it… this is good. 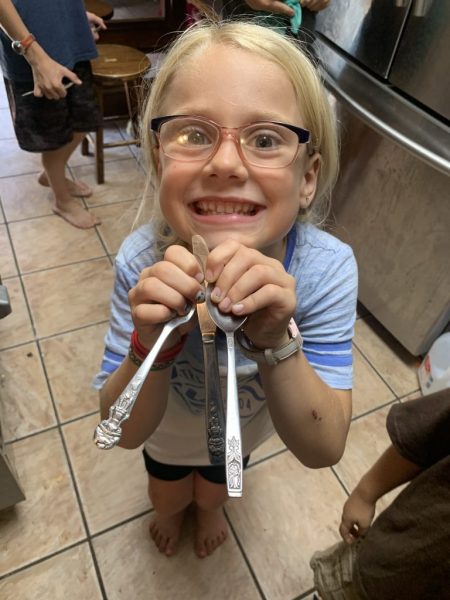 And, because this is what I got when I said we’d try for a selfie before co-op… here’s a pretty good summary of what our days look like. 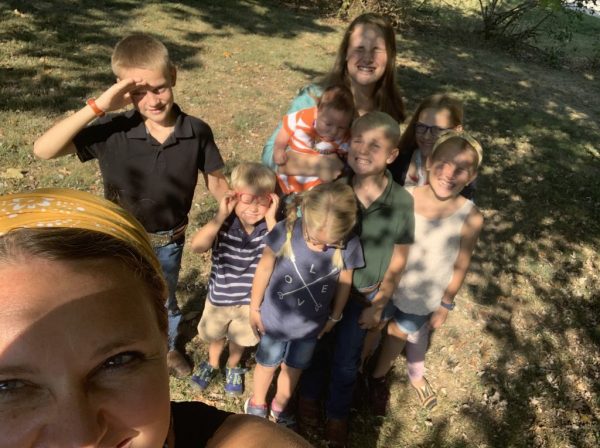