Creed eats and sleeps. He has gained a pound a week on average so far. He’s starting to smile and coo. I got the cutest sound ever from him after a yawn a few days ago. I can’t wait to begin hearing his voice. He’s a snuggler and has zero care for being alone. His bassinet is a try and fail, night after night. We end up with him on my chest on the recliner before morning. But he sleeps well that way, so I just deal. 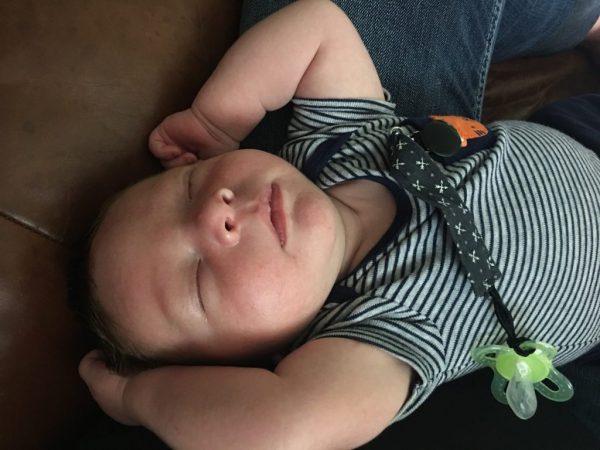 Blaine found a photo of Pierce at a day old that kind of resembles Creed. 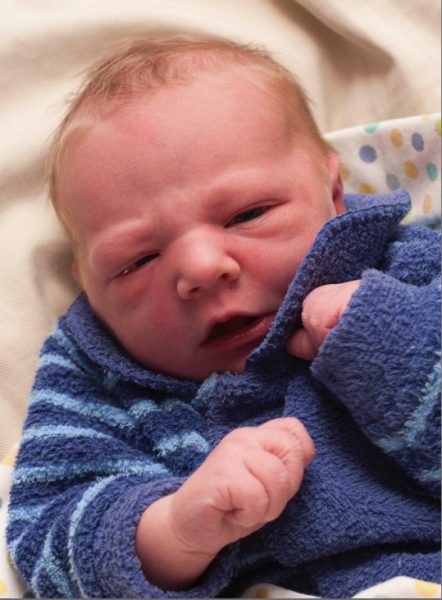 I’ve been sewing. I got through my mending pile, made a couple pacifier strings, and two pairs of baby shoes. The first pair were way too small. Turns out those long toes mean newborn size is not feasible. 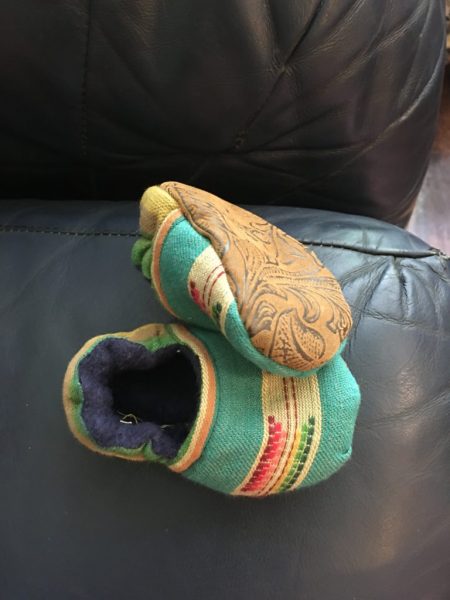 I keep getting asked if Creed is my firstborn. I waver between a simple no and telling them the full truth. Reactions when I do are comical. Someone tried to give me parenting advice this morning. Thought this was my first and told me he’d sleep with me forever. I said my others do not and he asked how old my others are. Loaded question, right there. 16, 15, 13, 11, 9, 8, 6, and 4. Eyes glaze over at some point. “My oldest is almost 17, and they go down from there,” sometimes gets me off the hook. Or it invites further conversation. You just never know.

But it’s fun. I have seven heads to count most days anymore. Still seems like a lot, even with kids missing. Liberty and Eden are at work more often than not. Liberty put in 60 hours last week. Eden put in 35. Playgrounds are open again, and we’ve had fun with that. We planted flowers in the yard and weeded and trimmed and worked to make things pretty. I love those days, half lazy, usually involving ice cream, working together on things.

Overall, we’re doing ok. A little more sleep would be lovely, but Creed is as perfect as they come, and just that fast, no one around here can remember life without him.