We started school last week. At least, we tried. It’s been sketchy at best, trying to get a full day’s work in. Any day now we’ll have a full day at home to accomplish greater things.

Stellan visited the eye doctor last week. I’d noticed his eyes traveling inward when he’s tired, much like Eden’s did. She landed herself in glasses at two years old. He made it to three, but will suffer the same fate. Pray for me, my friends. Toddlers in glasses is no joke. 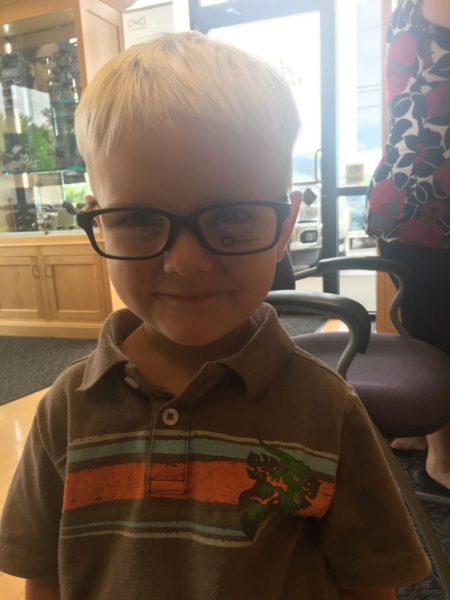 Eden starts at Braum’s tomorrow. A bit of bad news regarding persistent baby eye teeth and potentially major orthodontia pending has her preparing to help with braces. I paid for my own braces when I was in high school, and I’m convinced it’s why I still wear my retainers each night. She’s pretty excited for her first job. I think Liberty rather paved the way for her at Braum’s and made getting hired painless and quick. We stopped after her interview and opened a checking account for her.

It remains the summer of change. So. Much. Change.

Almost every co-worker Liberty works with has a sibling that also works there. She’s joining an elite group! Stellan, Eden, and I stopped during our errands and had banana splits with Liberty on her break today. Job perks!

Co-op begins in two weeks. Liberty’s college classes begin in one. I feel like I need to hold onto summer and my babies with everything I can. What a strange time.

Supper tonight included fresh veggies from our yard and the gardens of others. Liberty found the mass quantity on my (3 foot? I think.) griddle hilarious. We finished nearly all of it. For the record, I love the griddle. A lot. 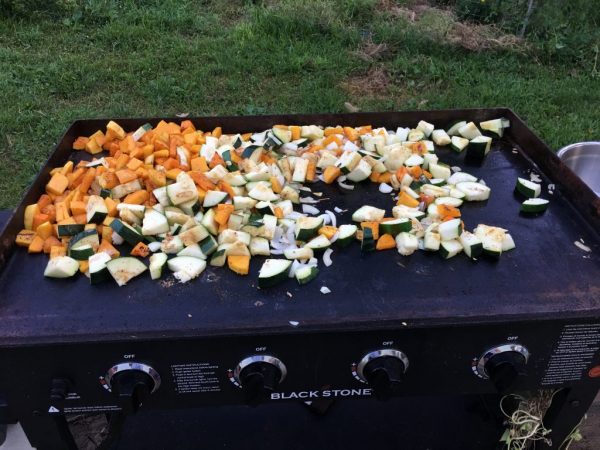 I’ll post a better photo of Stellan once he gets his glasses. I also chopped much of my hair off, a move I typically make right after a baby is born. Clearly a stress move? Regardless, I love it. It curled up all the more. I’ll see if I can get a decent photo.