Our campsite was flooded, so they gave us another. Turns out 90% of the campground was flooded and we were one of half a dozen campers in the whole campground. We swam ON the road of the flooded site we were supposed to be on. The water was over even my head. It was crazy. We put the canoe in by backing up the water in the road. So much water. The kids were standing on the picnic table for the site 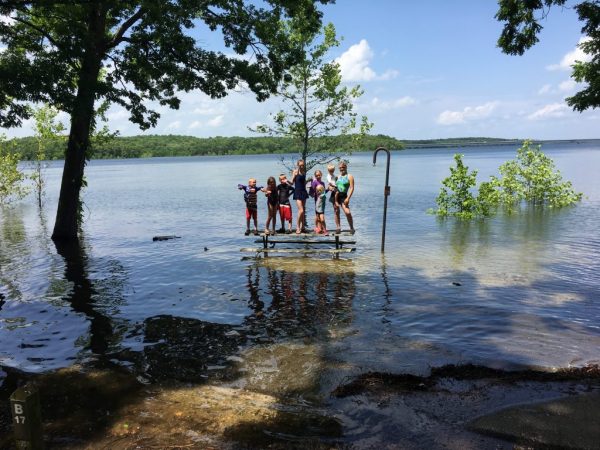 Sterling turned twelve on Saturday. We had ice cream without candles because whomever I told to grab them missed that memo. We roasted marshmallows and made s’mores and roasted Starbursts, which are oddly good when roasted over a fire. 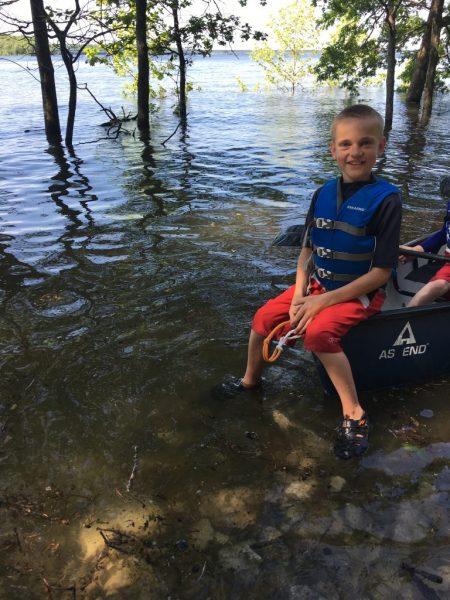 We cooked in cast iron over the fire for most of our meals, got rained on several mornings, but stayed dry in the camper. The kids and I found a campground loop that had been closer for twenty years and is overgrown and super fun to explore. Picnic tables and grills were still there, and weeds crack the pavement every few inches. 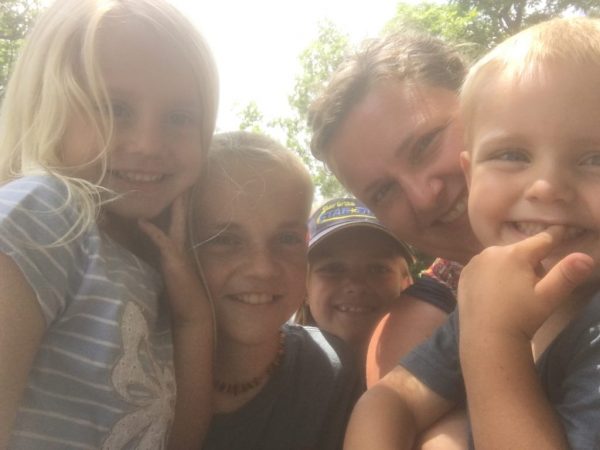 We road bikes everywhere. Charlotte tore her tire, but Blaine had packed extra tubes and she was back in business in short order. She still has a torn up knee from wiping out pretty bad, but I didn’t even hear about that for a long time after. They were having too much fun. 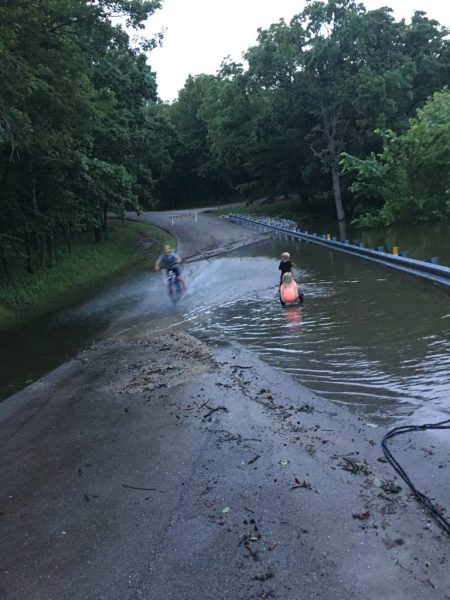 It was a great weekend away. Getting back to life at home was hard, and Blaine had to leave early this week for a work trip to Tennessee. He got back tonight. It was great to get away… and I’m brainstorming about the days when Liberty can drive herself to work and I can stay at the campground for a few more days. One day.