We’re on our way home. We’ll “boondock”… ie. camp without electricity/water tonight, likely at a Bass Pro. They are welcoming to overnight parking, along with Cracker Barrel and some Walmarts. We’ve slept in the lots of both of those this trip. Next up: Bass Pro. With propane heat, fridge, and cook stove, and a generator if we need it, it’s actually pretty fun and totally doable. 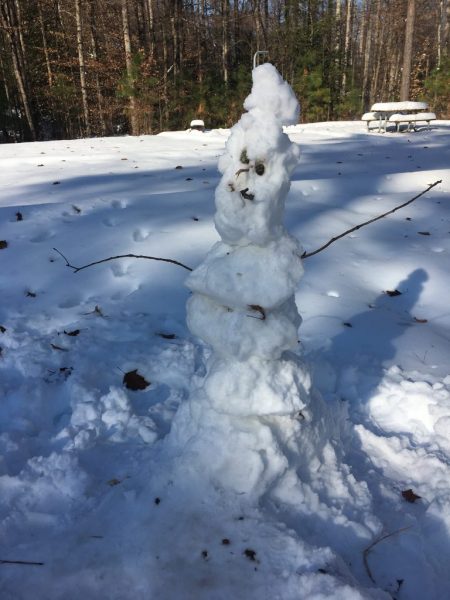 So far this trip, I’ve washed gum out of hair twice. The kids built a snowman at the campground. Stellan got ahold of scissors and trimmed the dog’s hair. We’ve had a snowstorm with eleven inches according to the campground host, delayed plans to leave, cancelled other plans, and waited two hours at a complete stop on the interstate for an accident to clear. We’ve counted five crashed semi trucks and three more semis in the ditch. The wind was to blame for some. We can’t figure out why the others were in the ditch. 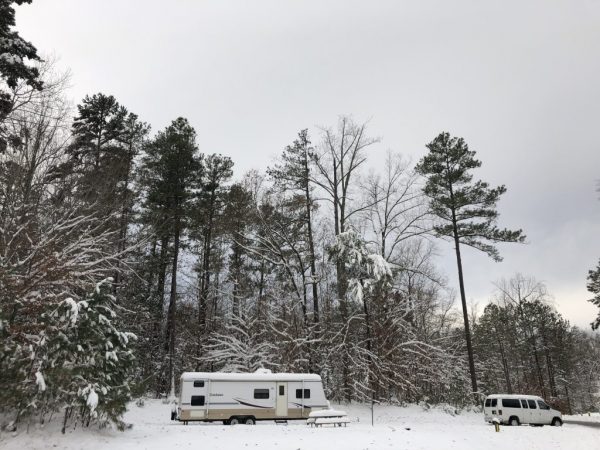 We’ve averaged about seven miles per gallon. We’ll have traveled over 1,200 miles before we get home. Stellan has sung the theme song to Dukes of Hazzard hundreds and hundreds of times. I almost wish I’d have counted. Almost. 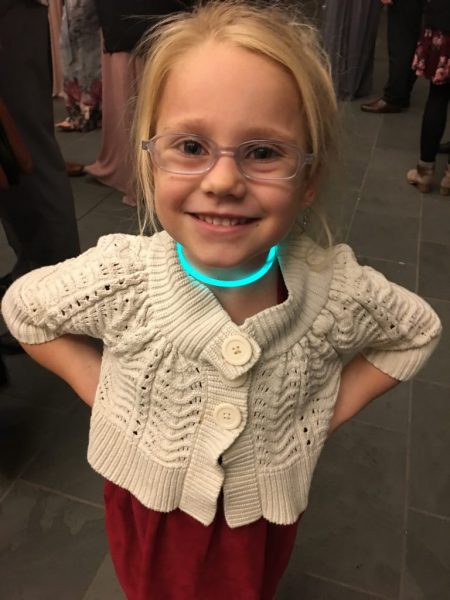 We attended Blaine’s niece’s wedding. That was the whole reason for the trip in the first place. The storm hit the next day. I’m glad it didn’t make the wedding day difficult.

I’m pretty sure we have permanent glow stick stains on several dress clothes items. Stellan learned that glow sticks taste evil. He glowed every time he opened his mouth for many minutes. 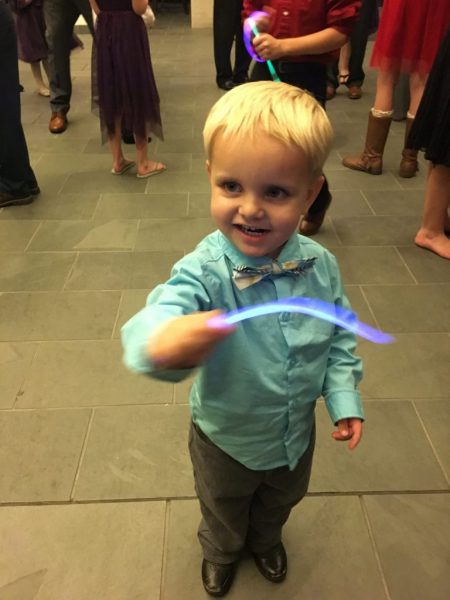 We’ve bought fast food once. I tried for none, but we got onto the road late today and have a ways to go yet before we planned to stop. Full bellies makes for far happier children. Frosties from Wendy’s may have made for happier children than necessary. “Here, small child. Have a cup of sugar. Now sit still and try to keep the noise under a dull roar.” Mmm hmm. Great plan. So much noise. 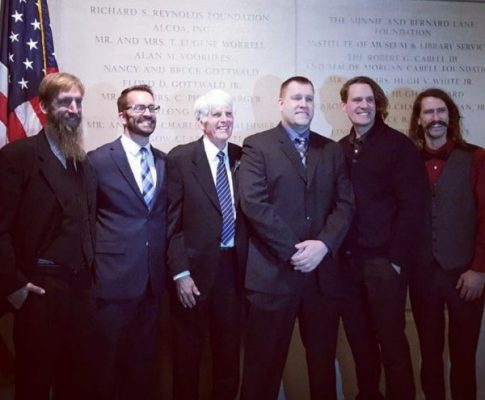 Nine of the ten siblings in Blaine’s family were at the wedding. The photo of Blaine with his dad and brothers shows, as someone so clearly put it, such variety. I have a feeling our kids will resemble each other far more as they age. It’s fun to wonder.

It’s been an interesting trip. Smoother than I expected in a lot of regards. More… interesting… than I’d have hoped for in others.