After having tiramisu at a restaurant recently, I decided the kids needed to experience it too. Finding the ladyfingers that we needed for the tiramisu recipe at the grocery store turned into a frustrating venture, and we ended up making our own. 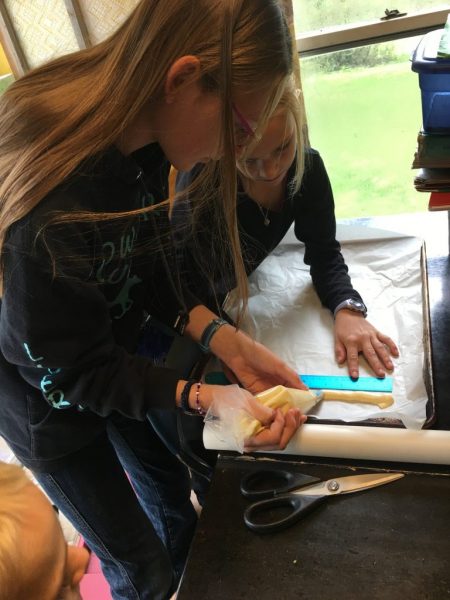 I didn’t get a photo of the final dessert. Almost everyone liked it though. Charlotte’s dislike for coffee outweighed the chocolate and sugar.

We got to tour the airport last week! It was the coolest thing. As a homeschooling momma I keep hearing how field trips are the best part. I stink at them. This was the best one yet though. We got to go underneath into the luggage area and out on the runway with the planes. Stellan made friends with a puppy that was bound for the east coast. It was all very super cool. 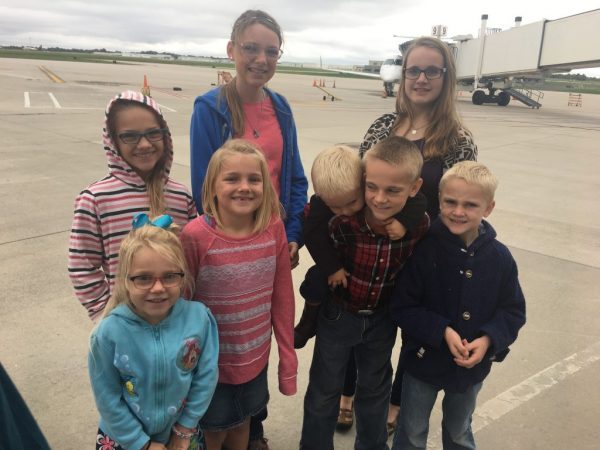 Curried Squash Soup: not a hit. It’s very rare to make something that gets complaints. The kids eat almost everything. Squash soup got a few gags and made for some VERY slow eaters. It might go down in history as the least favorite meal yet. I’d never made a smooth soup before – I’d puréed it with the stick blender. Ruby looked at tonight’s potato soup with trepidation, fearful that it too was without textures. She choked the potato soup down almost as slow as the squash soup. I’ve ruined it for her.

The younger six kids spent several hours this afternoon outside. It’s unclear exactly what they were up to… I heard about all the manure pile, a board, the jogging stroller, Stellan said he “flewed up in the air”, and something about recreating a scene in Dukes of Hazzard. I’m afraid to press for more information. All I know is the kids played together for hours, the only injury was a thorn penetrating the leather of a cowboy boot and into one dear boy’s foot (who quickly recovered), and a few of them have a very… barnyard… aroma this evening.

It was just about the perfect day.