Sterling worked in South Dakota with my Dad on pallets, tearing them apart and making things. He came home with quite a bit of wood, and has gotten more pallets here. He set up extension cords to power his own little portion of the barn, was given a couple sanders from Grandpa, borrowed a jigsaw and air nailer from Blaine, and disappeared for hours at a time up there. He came down a few weeks ago with this. 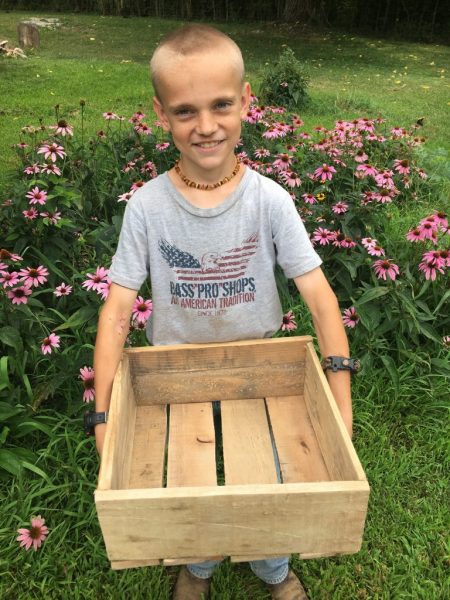 A dream was born. It’s been the perfect combination. Free wood has provided him the opportunity to learn to work with wood as much as he wants. He asked if he could sell things. A Facebook post to the people of our homeschool co-op gave him orders for eight crates within a handful of hours, and he delivered the first three yesterday. 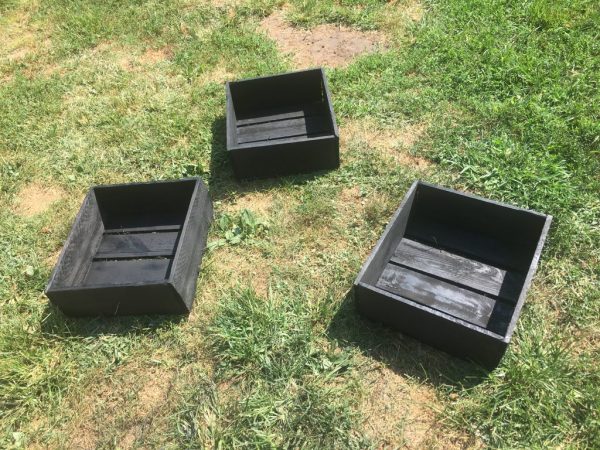 He has almost enough saved to buy his own air nailer, and has a list of tools he wants to buy next. My kitchen boasts a few of his early creations – the ones he decided had to sit a certain way to hide the majority of his mistakes. 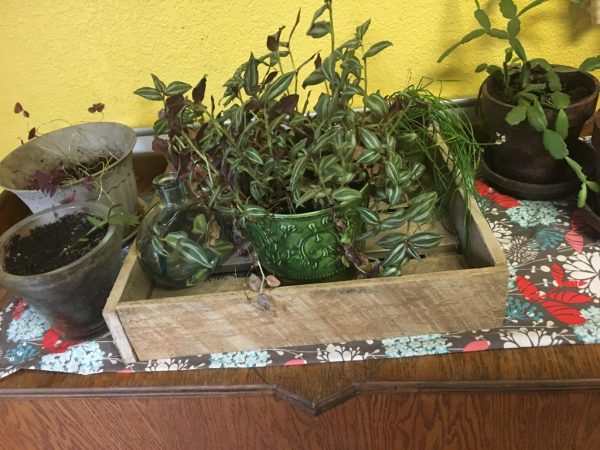 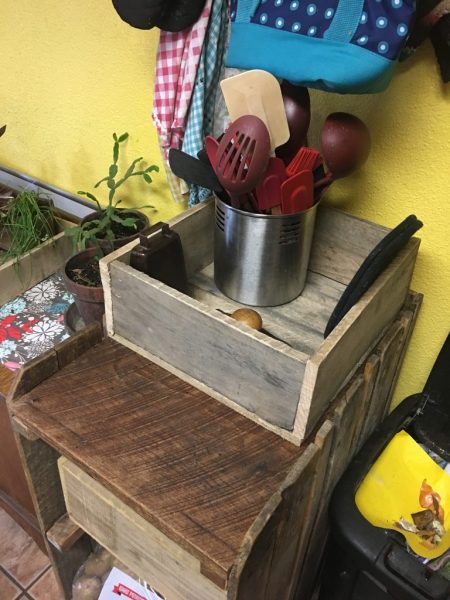 I’m so excited for him. He has been scrolling my Pinterest account for ideas of what to make next. And all of his sisters are jealous of his ability to make money!