We actually started school two and a half weeks ago, but we started our homeschool co-op again this past Tuesday. While the kids were dressed nicer than average and everyone had showered and combed their hair, I took pictures. I even scrambled Monday afternoon and made matching dresses for the girls. The big girls have matching dresses too – but they had other back-to-school outfit plans. 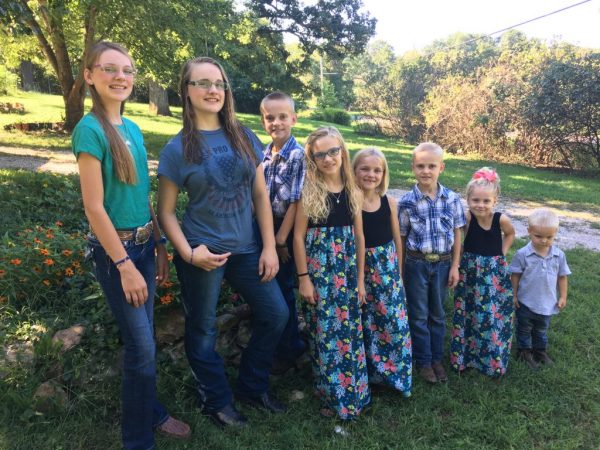 They aren’t quite as stair-stepped as they used to be, but here’s everyone in age order – with Sterling up on the rock wall to be certain he looks taller than Ruby. It drives him crazy that he’s not. One day. 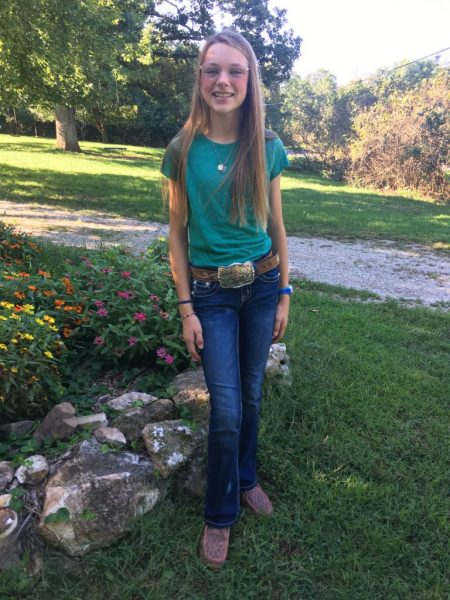 Liberty is 15th, and in 10th grade. She’s taking Algebra 2 with Geometry, Glass Art, Logic, American History with Literature and Bible, PE, and Sign Language. And driver’s ed with me and a giant van that, once she learns to drive, she’ll feel she can conquer the world. At the rate she’s going, she’ll have enough credits to graduate in 2020. It remains to be seen if we take that option. She’s driven enough to get it done. 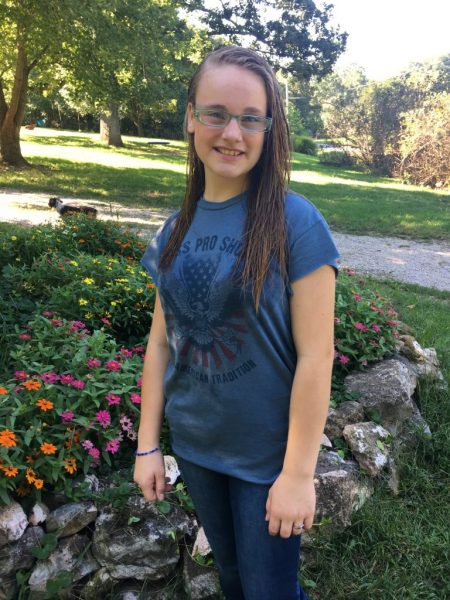 Eden is 13 and in 9th grade. She’s taking Geometry, Sign Language, Biology, American History with Literature and Bible, Spanish, and teaching herself violin. She’s as self motivated as they come and makes quick work of her school work – especially if it’s that Literature portion of her studies. 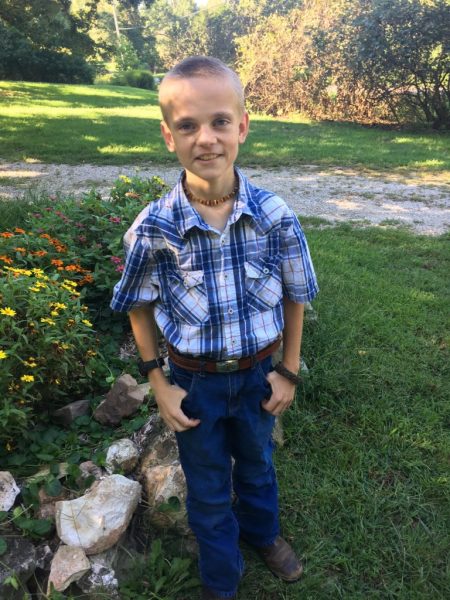 Sterling is 11 and in 6th grade. He’s taking Saxon’s 8/7 math with pre-algebra, English, Spelling, handwriting, Anatomy & Physiology, and world wars, plus PE, art, and music at co-op. History remains a favorite, and he gets up early most mornings to finish his schoolwork and head out back to his workshop to mess around with wood. 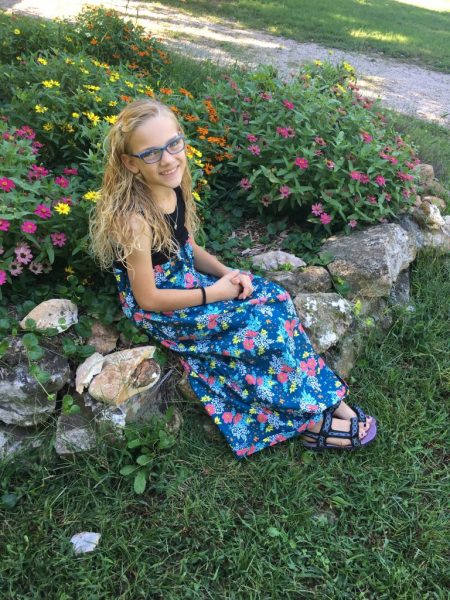 Ruby is 9 for just a few more days, and waffles between 5th and 6th grade. She’s doing Saxon 7/6 and English 6, Spelling 6, world wars, A&P, music, PE, and art… really the only 5th grade book she’s working in is handwriting. She’ll likely repeat her 7th grade year just to get her in a class of her peers instead of one where she’s significantly younger. For now she does 6th grade at co-op with Sterling, which bugs him to no end. Once upon a time though, it was his idea. Funny how things change. 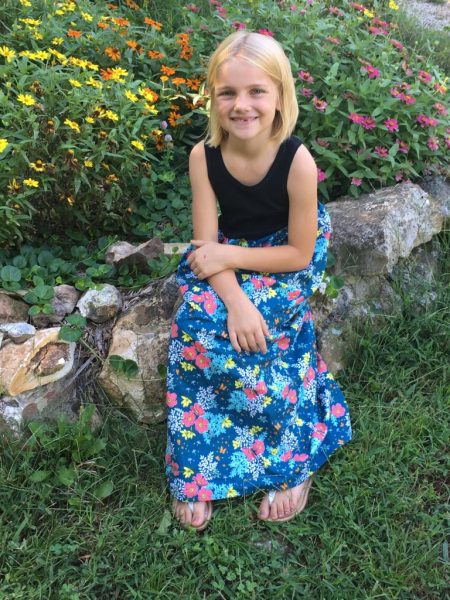 Charlotte is in 3rd grade, and 7 years old for just a few more weeks. She’s taking math, studying the states and capitals, zoology, music, PE, art, handwriting, and English. Her goal this year: to excel with her American geography skills. The Stack the States game on the Kindle has helped tremendously with that. Otherwise, she’s chatting with someone or drawing or getting smack dab into the middle of whatever job she finds. She’s a worker like few are. 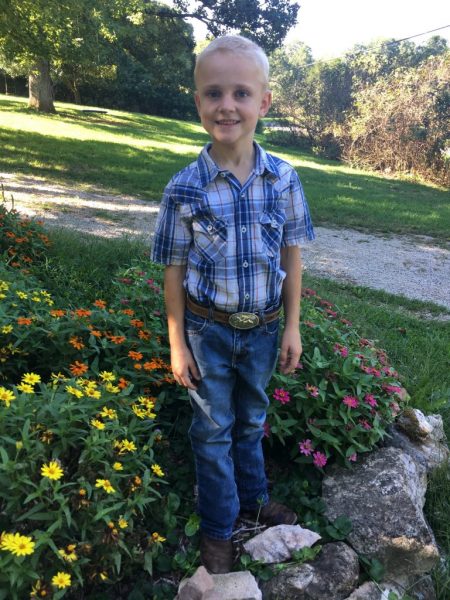 Pierce, commonly called Mr. P around here, is almost seven years old and doing 2nd grade this year. He’s fierce and excited to learn. He takes math, English, handwriting, spelling, zoology, Famous Americans, art, PE, and music. He reads everything he can get his hands on and plays hard. If he ends his day still clean, its a miracle. Or he’s ill. 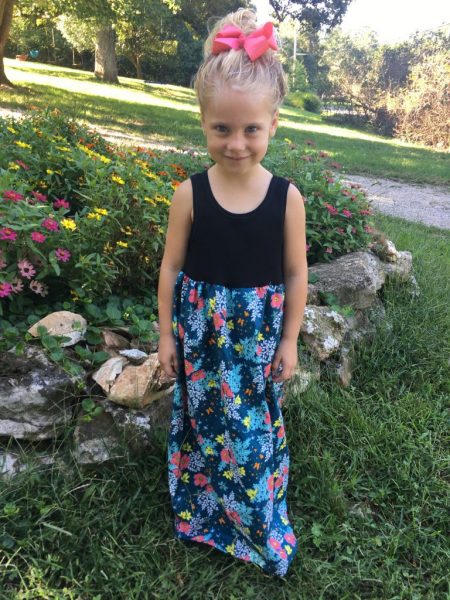 Dear Miss Elliot – Ellie for short – is four and doing PreK this year. We keep preschool years pretty light. She does handwriting and Five in a Row – a read the book and discuss different aspects of the story, find their location on the map, simple curriculum. She loves it. After having used it for Liberty and Eden and none since with the busyness of life, it’s been good to get it out again. My poor middles missed out. Ellie loves her dolls, the outdoors, and her play kitchen. 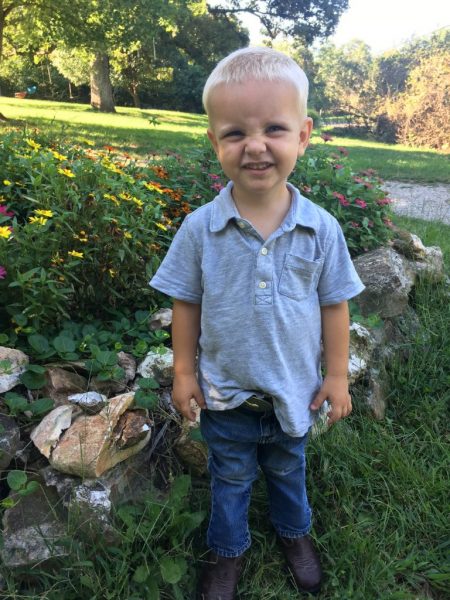 Finally, at the end of it all, is Stellan. He’s two. He listens to any book being read, begs for more books about twenty times a day, loves his ride on toy, his big wheel trike, and all of the animals. The big dog is his step stool or pillow, depending on the situation. The little dog views Stellan as something dangerous and to be avoided. If SoDak yelps, Stellan did it. He loves SoDak. Passionately.