Blaine is home from his trip, the garden is growing, the horse is sick, and I have a wicked case of poison ivy.

Good times. Oh, and another boy boasts another head wound from a very large rock. This time it’s Sterling’s turn. You’d think they’d learn to leave them alone. Pierce still has a scar from his run in with one last month. Poor Sterling though. I didn’t know it was physically possible for a forehead to swell so large or so fast. I stand amazed.

I sat in poison ivy. Mmm hmm. Perfect misery. I also have a lovely spot on my hand and arm. I’m almost past the “death-is-preferable” stage and have moved past the weeping oozy point and it has begun to dry out. Thankfully. I won’t even go into detail and with what that looked like when it was coming from the sitting region. Wretched. That is all.

Aggie appears to have eaten something she shouldn’t have. She was first covered in welts, then appeared to have… digestive issues. I’ve spent a small fortune on wormer and probiotics and antihistamines for her. Jury’s still out on whether the vet has to come out. I talked to him today and got more ideas. Craziness. It’s as bad as a sick kid. Just not contagious. Thankfully. 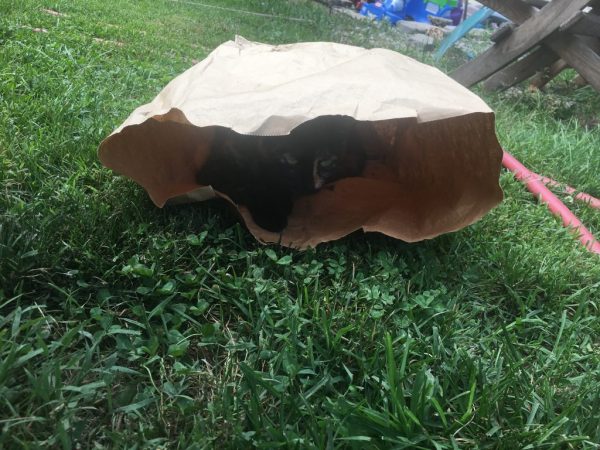 Our calico Lucy found a shady spot in the potato bag after I planted them. I so wanted to sneak up and scare her.

Our good friends/neighbors have left their pasture to grow for us. I stand in awe at the generosity of others. This couple has played with my kids, kept them for me when Stellan was born, taken Sterling hunting… such a huge blessing to our family. Another neighbor of theirs whom I’ve never even met is haying it for us. Free. Yeah. Awed.

I spent today cleaning the shed out in order to be able to have dry storage for the hay and running for meds for Aggie. And getting groceries – because kids eat. And eat. And eat. 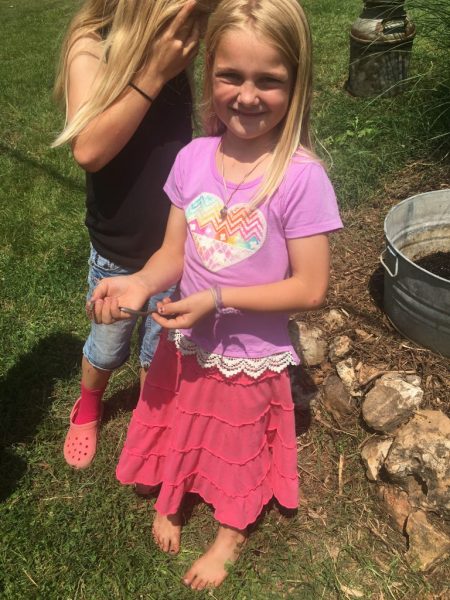 Charlotte found a snake. Charlotte feels the need to pick up all the living creatures. Bugs. Snakes. Frogs. Turtles. Toads. I do not understand these things. But I love her, so I try not to overreact. I take a picture and pray she releases the thing far, far away. 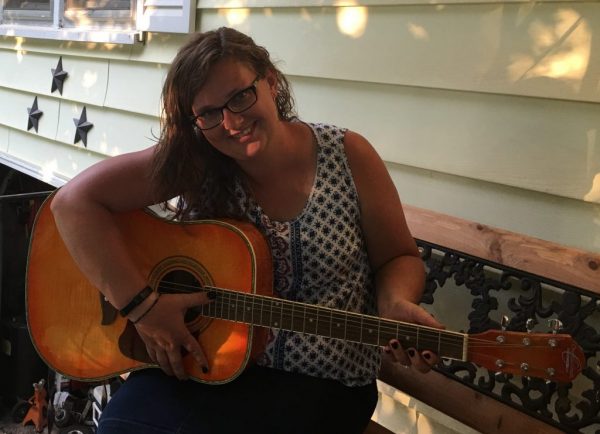 And… I bought myself a guitar. Time to learn something new. I’m having fun. The kids are all plotting having me teach them next. I’m going to try to get to that point!

Summer is in full swing here. The last math text will arrive Friday and then we’ll jump into doing a lesson or two a week, but we’re having a great time with long days, limited to do lists, and still accomplishing great things. The older six kids have almost all slept in hammocks in the yard every night this week. We’ve checked out dozens of books from the library, seen the dentist for my least favorite semi annual teeth-cleanings all around day, and filled the little plastic pool, much to Stellan’s delight.

I’m thankful. For the good, for the bad – character building moments, for the frustrating – I’m thankful for all of it. Sometimes it’s just thankfulness for another day dawning in which chaos will reign, but I’ll take it.