Spring has finally arrived, blessed thing. We’ve spent days outside, school is starting to look like we might finish yet, (Pierce is finished completely!) and I even got to go for a walk after supper tonight. It was beautiful… with one dog, a horse, and (only!) six children in tow, one of which was on my back. We look like a circus, I think.

We’ve had a great time with the animals. I forgot how much fun spring is on the farm. Aggie is getting worked regularly, I gave the goats a little pedicure this weekend, and Beckett is walking on a leash like a pro these days. 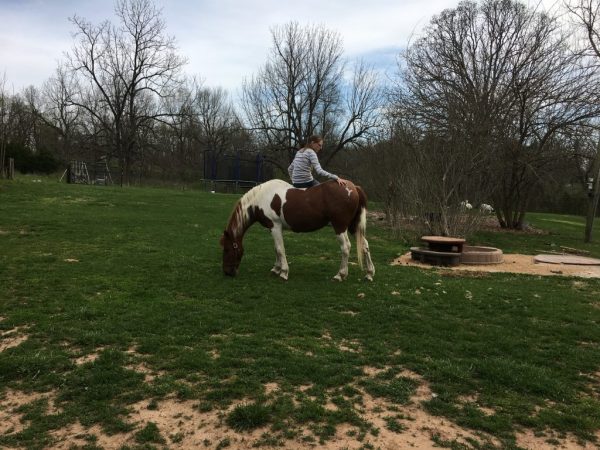 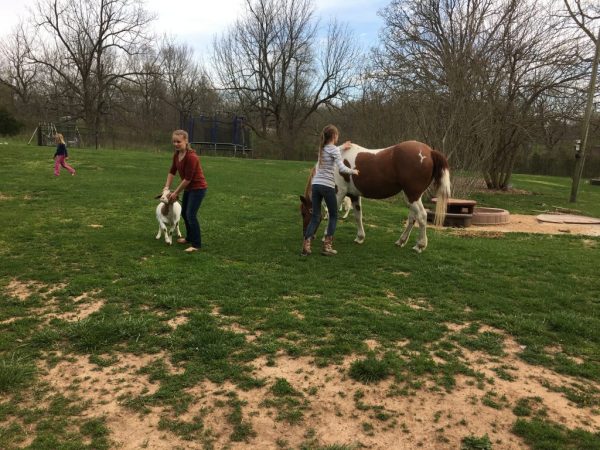 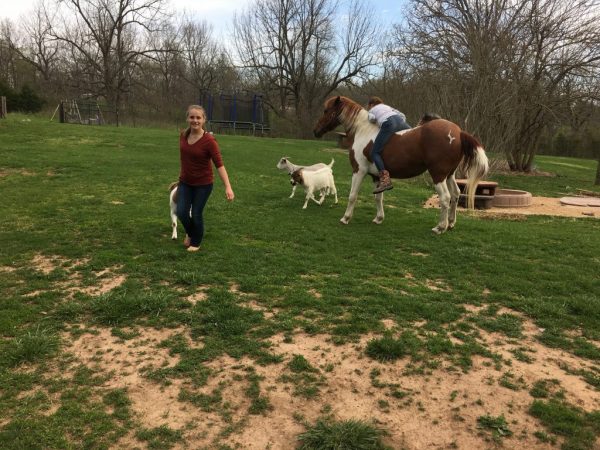 Eden is an expert goat wrangler. For the record. And that particular goat – Hazel – shows all signs that a kid of the goat variety is our very near future. So exciting. 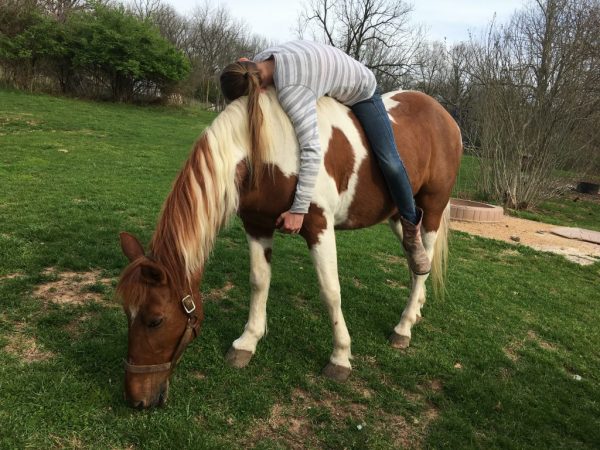 Liberty took a brief siesta on the horse on Sunday afternoon. I’m not sure she ever slept… but she looked surprisingly comfy up there. 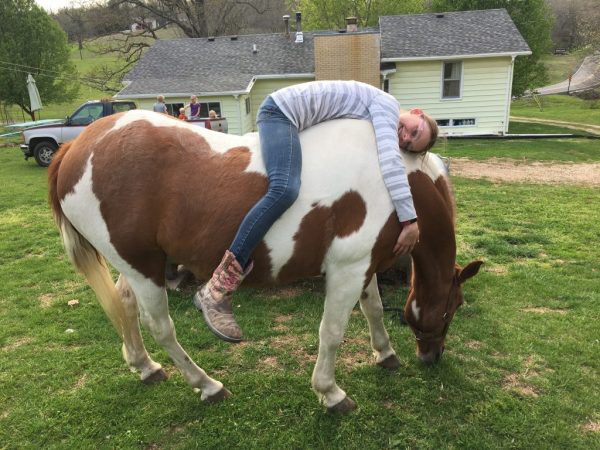 Then she got to work. Hauling children. And turned it into a yard-picking-up adventure. She’s hired. 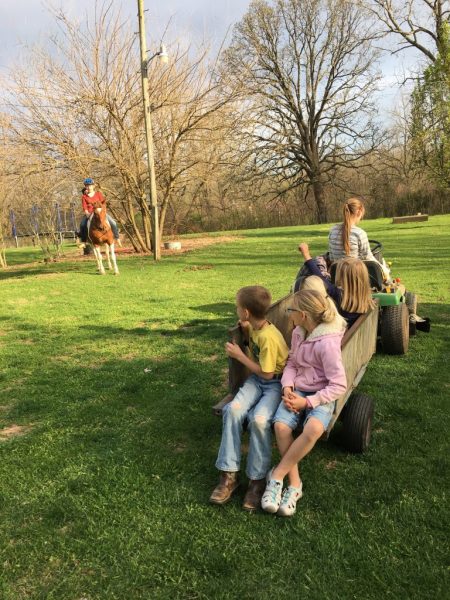 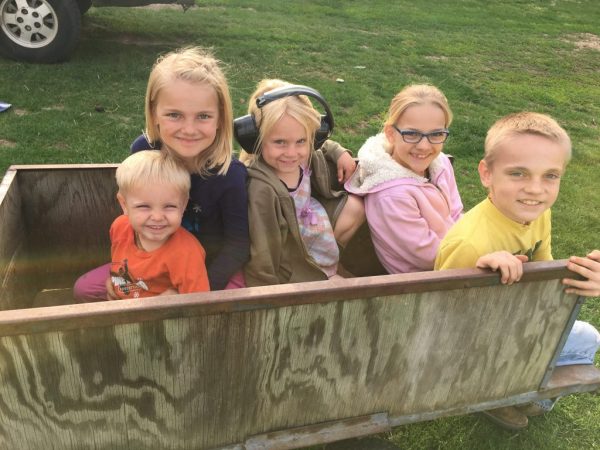 The week provided ample opportunity for a spring’s-here sampling of scraped knees, bruised shins, bug bites, and one injury that provided a bit more adrenalin.

I was measuring Liberty. She grows all the time anymore. So every few weeks I find myself checking to see if I’m right that she looks taller. Again. And I was right. She grew. Again. She has half an inch to go and she passes Eden. Eden passed her up when she was 9 and Liberty was 10, so this brings Liberty great joy – and Eden is likely done growing, so Liberty should stay taller if she catches her. So. I was measuring her. And Charlotte walked in the house all calm and nonchalant.

“Pierce had a rock hit his head.” She chats on about the random that they’d been doing.

Okay. Mark the wall with Liberty’s latest height. Charlotte persists. “He stepped on the tarp. It fell off the hay bale stack’s tarp.” In my defense, I have not seen the rocks on the tarp. That there were large dinner plate sized rocks up there was not on my radar.

“Yes.” She’s starting to get my attention. I declare Liberty to have grown a half inch. Charlotte still is standing there, but she’s mostly chatty anyway. I think little of it.

“Yes.” Okay, now she has my attention. That boy is tough.

I put my pencil down and follow her to the yard. By the time I got outside Sterling had carried Pierce through the woods around the barn and was nearly to the house. Blood covered nearly half of Pierce’s head and made trails down his face. Sterling had his palm clamped onto Pierce’s head. Sterling was also bloody by now.

And Charlotte was calm. “Um, Charlotte? Why weren’t you a little more urgent on this?”

I reminded myself head wounds bleed profusely. I mourned that I had just buzzed Pierce’s hair last week. French braids close head wounds beautifully. Ruby taught me that a few years ago. But, after cleaning it all up, the wound was surface and mostly minor. He’ll likely have a small scar, but nothing too major and it stayed closed – not something that needed stitches. An EMT friend looked at photos and confirmed my thoughts on that. Pierce was more concerned with going to check the barn for blood (Because that’s cool?) and asking to see a photo of his head than he was about his injuries, insisting it didn’t hurt. So… moral of the story: 1. Don’t trust Charlotte. She’s got nerves of steel. She chats when she’s worked up just as congenially as when she’s just being chatty. 2. Don’t step on the tarp held down with rocks. But if you do, make sure you’re under it. Because I’m pretty sure that’s what saved him from something far worse.