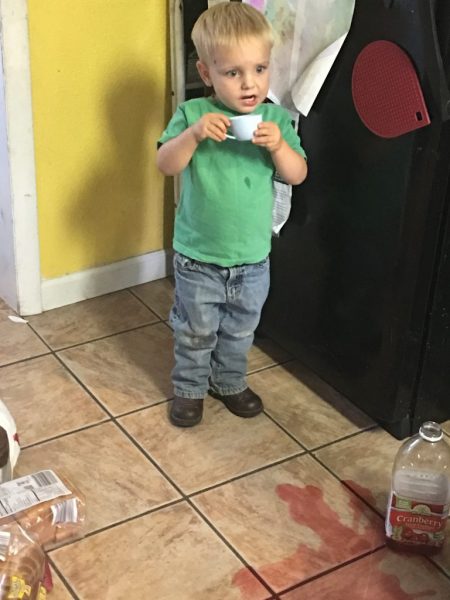 He helped himself. To juice. In a play kitchen teacup. And I took a photo – because that way, it’s far more funny and less annoying. Funny how that works. 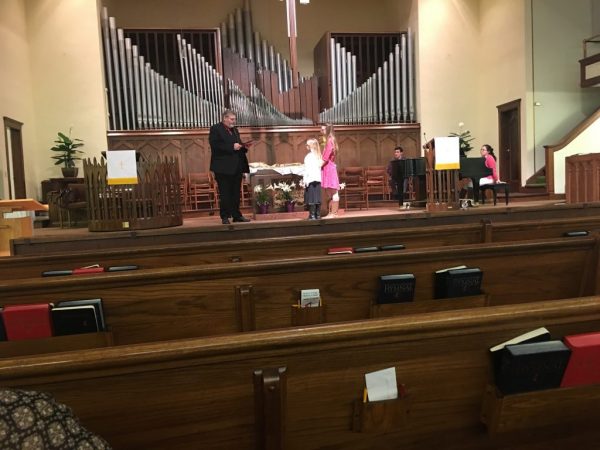 Liberty and Ruby made public professions of their faith at church on Sunday. This means they are full communicant members. Such a good day. 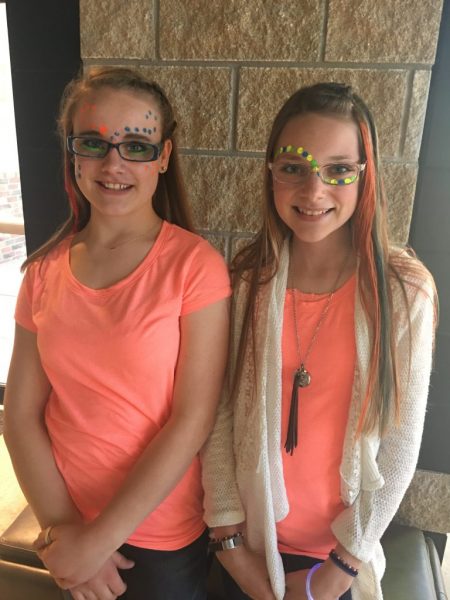 The co-op spring dance, complete with black light theme, was last week. Liberty and Eden went and danced the night away. Best moment: when Liberty rolled over to get out of bed the next morning and groaned at the pain in her thighs from so much dancing. I admit – I laughed. If it had been me I’d have done more than a little groaning… but I reserve the right to laugh regardless.

I saw a doc today after blood tests from last week showed me as very anemic. I am hopeful, after a year and a half of exhaustion and a host of other symptoms, that I may feel better soon. It’s been a rough year.

Stellan marched into the kitchen a few days ago making demands on Eden – demands she failed to comply with. With all the indignation a two year old can muster, he marched back out saying “Mo! RUDE!”

Eden has earned herself a nickname. Stellan cannot say Eden well… he calls her Eanie. I made the joke that we should call her Eanie Meanie Miny Mo and it got shortened to Mo. And so… she’s Mo. I kind of love it. So does she.

Sterling, though – Stellan calls him Nerner. Nerner Blaine, to be exact, because he seems to think that Sterling has the same name as himself. So Stellan calls himself Nerner Wyatt and Sterling is Nerner Blaine. And I clearly have one very confused two year old. What have we done, naming two boys such similar sounding names?!

I found Stellan covered in blue highlighter all over his legs today. I asked him what happened. He looked at his legs, told me he didn’t do it, then said “I ‘hink Eddie (Ellie) did it.” I disagreed, so he blamed Mo, then looked me square in the face and told me he’d done it. And just like that, the self preservation instinct that all of my children have shown me about this age has kicked in. Lying is an evil beast that even the youngest try on for size. And I was left trying not to laugh at his ‘hinking’.  The dear boy has grown, so much. He’s hilarious and trying new words on for size on a daily basis.

Elliot informed me her favorite food is celery. And she’s dead serious. And now, every time she tells me the food I have prepared is delicious, I shall doubt myself. Because clearly her taste buds are some kind of strange.