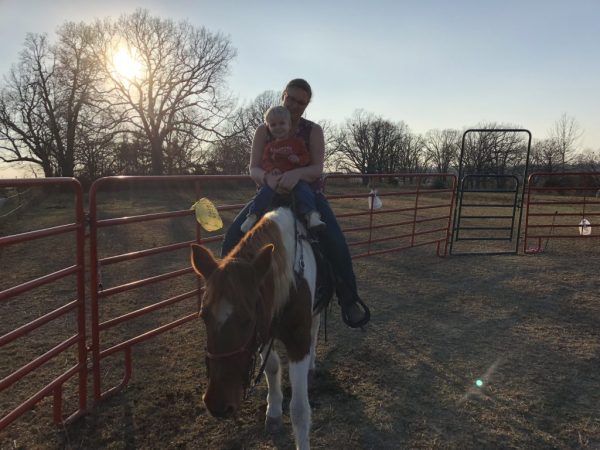 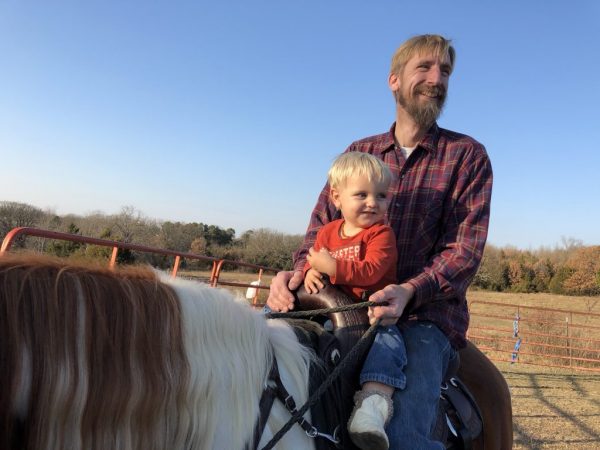 We went to look at a horse for the kids for Christmas. We loved her. And the people who were selling her, having never met us or even knowing our names, I realized in hindsight, agreed to let us borrow their horse trailer, take her home that night, and return the trailer this afternoon.

Amazing, I tell you. Some of the kindest people we’ve met since we moved to Missouri eight years ago. They spent two hours with us, showing us their horse and all she was, answering dozens of questions since it has been ages since I’ve been around horses or ridden, and Blaine hasn’t ridden very much at all.

So we brought home a horse we named Aggie, a pretty little paint horse, surprised the kids in the funnest way, and presented them with their Christmas present, twenty-three days early. Since it is now after 8pm twenty-four hours later, and my three oldest are out there in the dark playing with her, and there were tears when I forbade the younger five to go out at bedtime, I think they are excited. Just a little.

Stellan thinks the horse is only his. He’s never met an animal he didn’t love. Elliot is reserved but so excited. Pierce is thrilled. Charlotte is thrilled but reserved. Ruby is as matter of fact about it as can be but doesn’t miss a chance to brush her or pet her. Sterling can’t decide what to think. Fear of pain is strong with that boy. Eden is determined to become an expert in all things horse. And Liberty is just soaking it all in. She’s wanted a horse so bad for so long I think she can’t even believe it finally happened. She’s in love with that horse already. 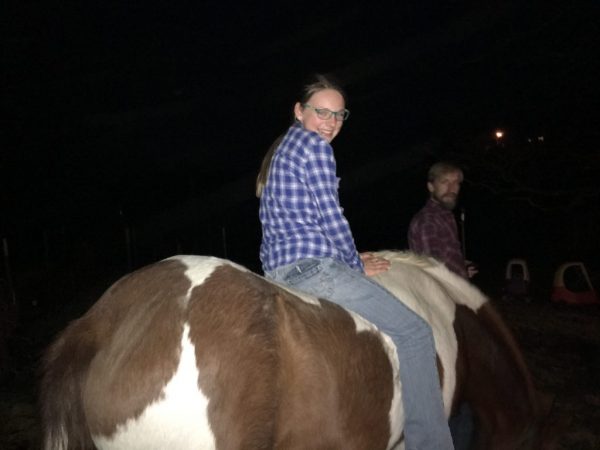 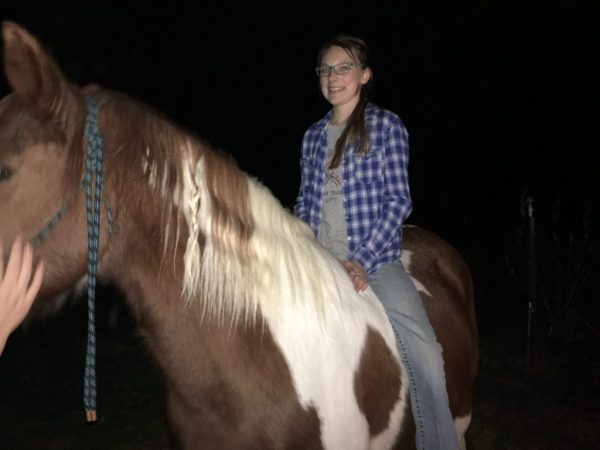 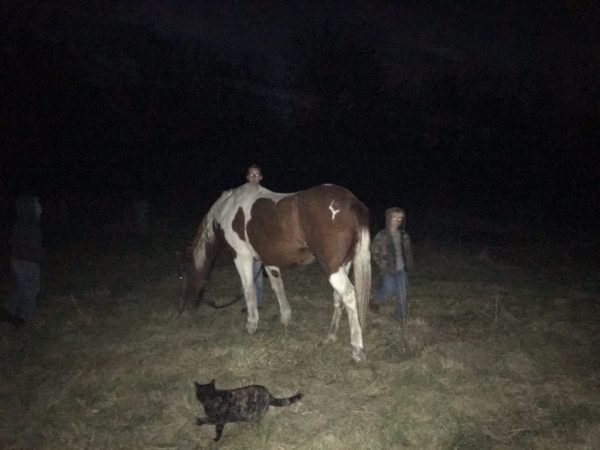 I need more photos. Tomorrow. Aggie gets her shoes off and hooves trimmed in the morning. I need a bit and a saddle blanket to round out our tack for her.

School is going to be rough tomorrow, I’m thinking. Such distraction.

We realized today we went from two animals – a bunny and a barn cat – to 4 goats, 15 chickens, 2 dogs, and now a horse, all within 4 months. Animal count: 24. Sanity: questionable.