Tuesday was member’s night at the zoo. The kids had a blast. Everyone but Stellan had their faces painted. (Pierce escaped my photography?!) We’ve made a point of going each time they have it, and riding the train too. It’s the only time we ride it, and the only time Blaine is with us at the zoo. It’s become a fun tradition of sorts. (Sterling’s is Indian war paint. Or, according to the magician, his name is simply “Wuh Wuh”. 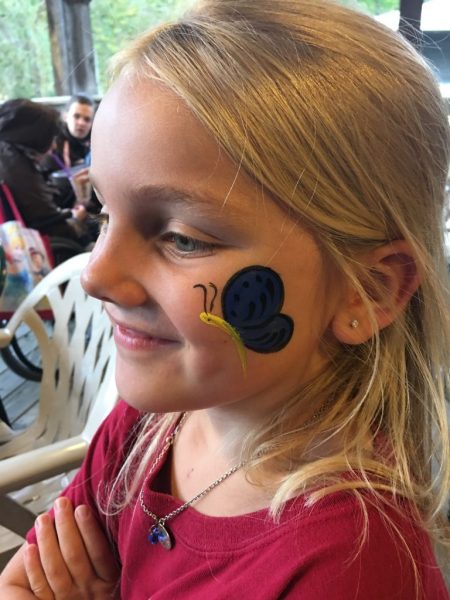 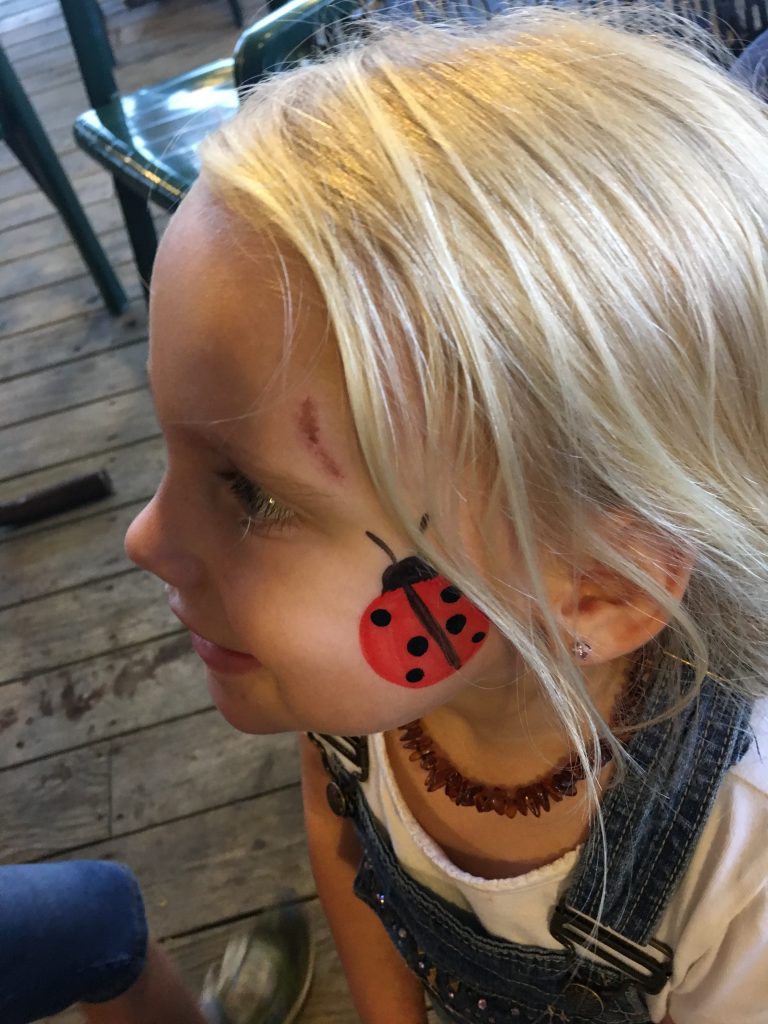 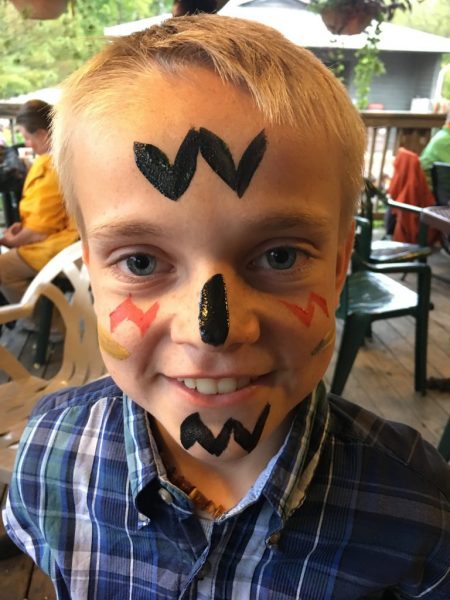 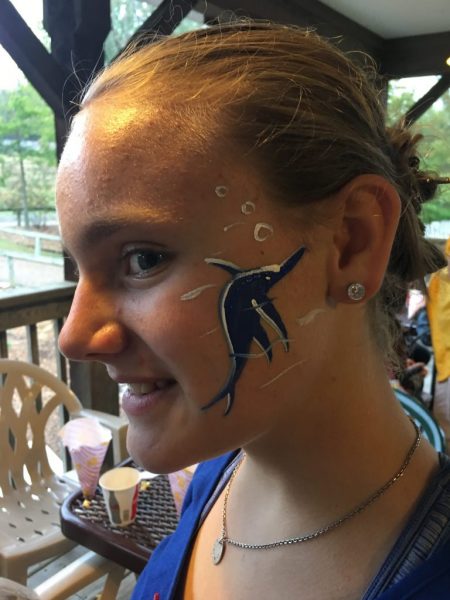 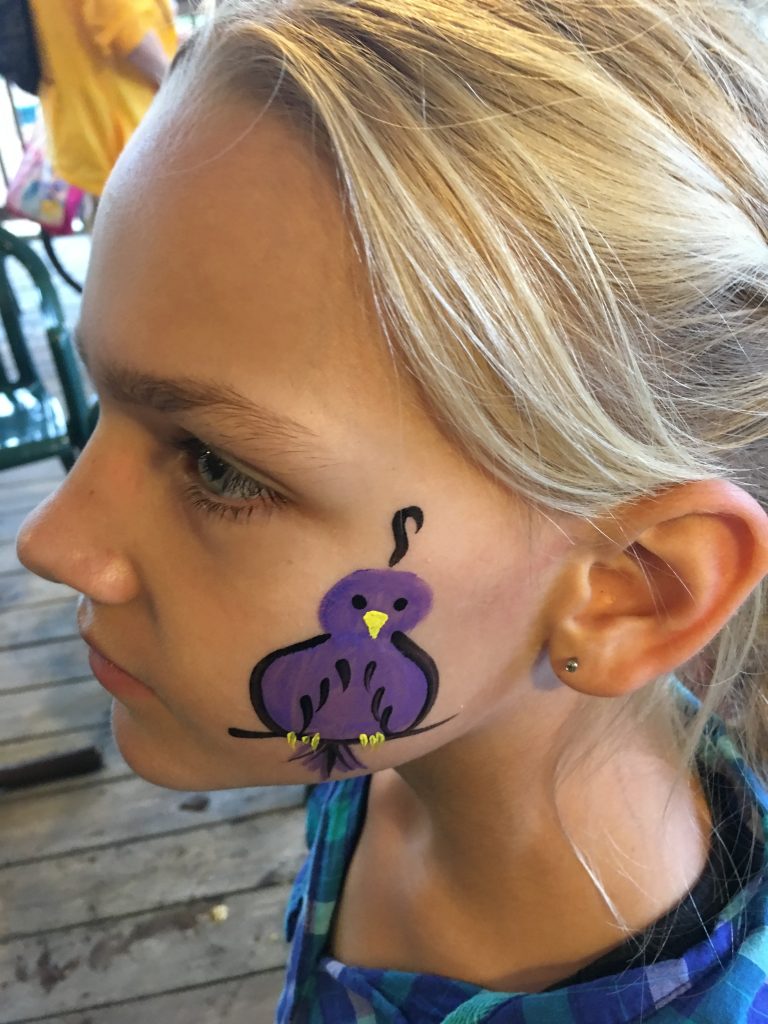 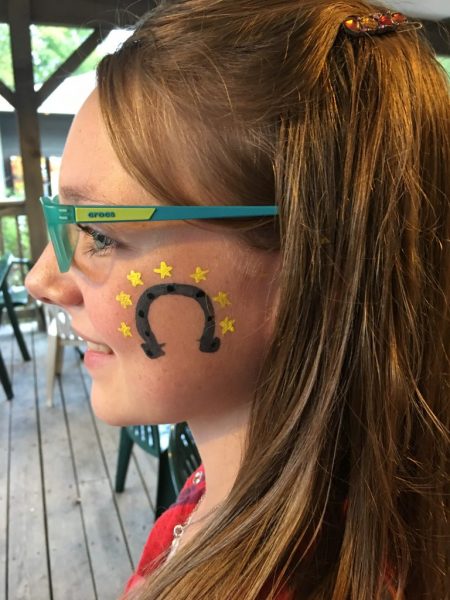 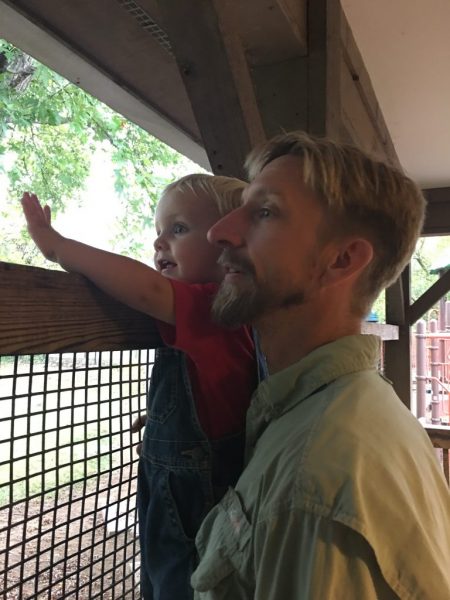 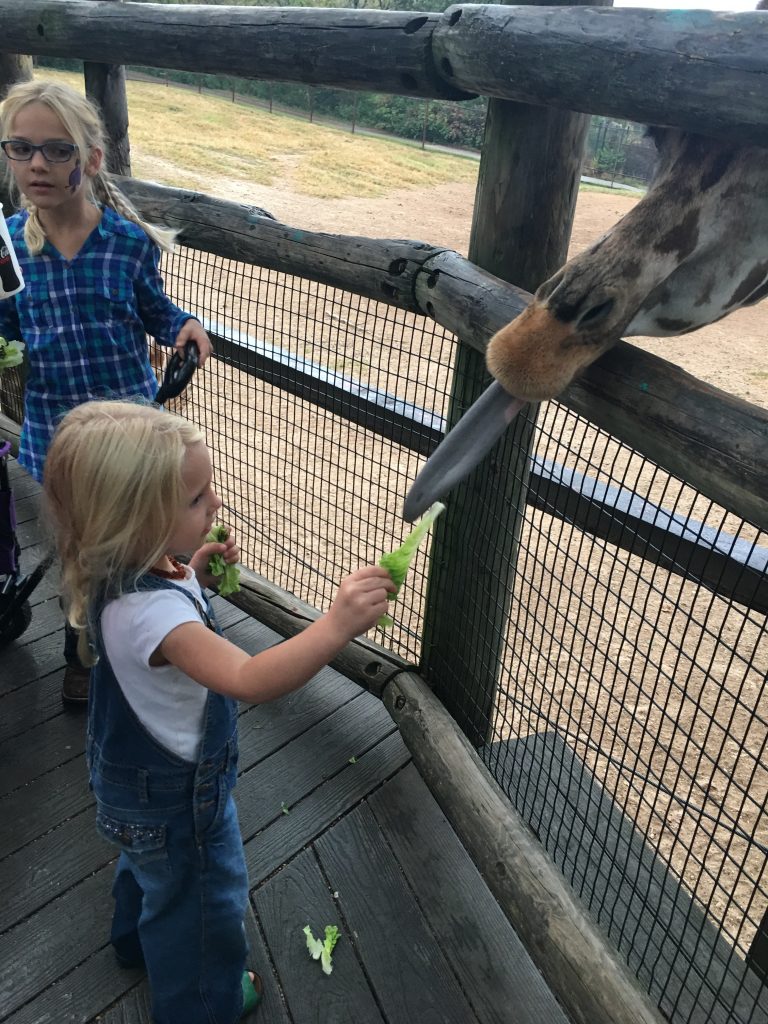 My 14 year old moved my van so I could mow where it was parked today. It’s a new territory… I kind of like it. It was unnerving watching her in charge of moving a 6,000 pound vehicle, but she did great. 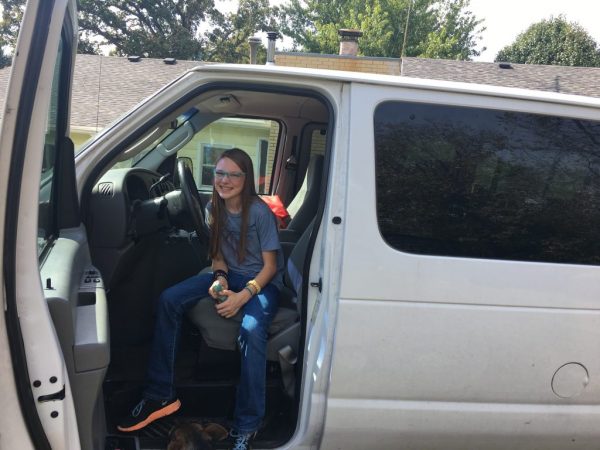 I was at Walmart this week looking at boot socks for Liberty. (The dear girl thinks her legs look too skinny in her boots with a dress on. Words I’ve never spoken. Too skinny. Ha. But her socks now fill them right out.) A woman must have overheard and asked if my children were all mine. She then suggested the socks we were looking for were on an end cap (She was right.) Then she handed me $50! Said she was there to buy socks for the sock drive they have going at her work but she decided to give me her sock money instead. I’ve lost track of how many times we’ve had such things happen. I am adamant that we are all well dressed, clean, hair done when we go out. Apparently we still come across as needing help. Regardless, I’ll say thank you and buy Liberty her boot socks so she can fill her boots out like the rest of us. I am reminded of God’s goodness and love, yet again.

Yesterday, a dream came true. I had a Speed Queen commercial washing machine delivered. It. Is. Amazing. And they upgraded it for free! Something about selling all they had in stock and not wanting to give me the floor model. I officially own the nicest machine Speed Queen makes. It’s fabulous. It’s the stuff that dreams are made of – at least when you’re doing laundry for ten. 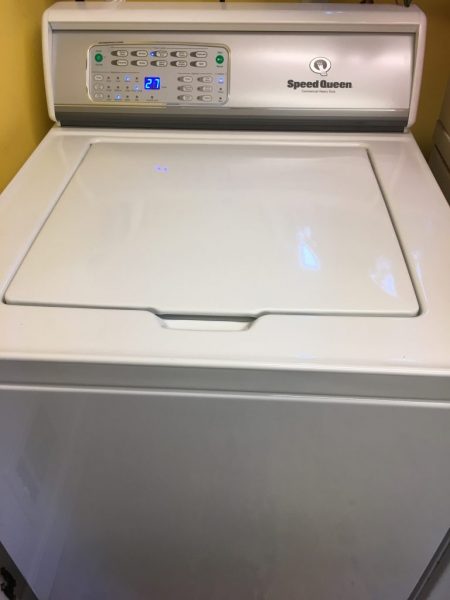 After the week I’ve had, I’d buy a lottery ticket if I were the gambling type. I’ll just try to scrape up more laundry to put through my new washer instead. I’ve caught up after several weeks of fighting with the old machine to spin things out and get them clean, falling behind as we went. Yesterday afternoon, I hit a “every hamper is empty” status once again, just in time for the dreaded seasonal switch I need to do. Now if they only had a “fold and put away” button.