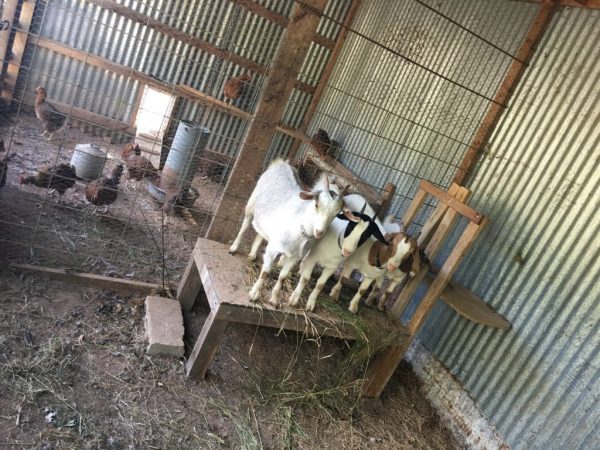 Meet Opal, Millie, Hazel, and Abram. We’ve talked of getting goats to eat down the brush for a while, but finding does proved complicated. This morning I found an ad, texted, and picked them up – an hour away – two hours later. I planned to buy the three Boer and Boer/Alpine cross does. But they also had a cute unrelated little buckling bottle baby, six weeks old… Boer/Myotonic cross. So I bought him too. And tonight, he fainted. I missed it, but how hilarious is that? We officially have a farm going again, and now have 23 animals around here. We have fifteen chickens, two dogs, one pet bunny, on barn cat, and the four goats. My sanity is being tested.

The kids are so, so excited. Stellan now makes goats and chicken noises like a pro. The dogs are going to find themselves crated a whole lot of they don’t learn to chill. And soon, hopefully soon, we shall have a pasture again instead of an overgrown bramble where you can’t see more than six inches in front of you.