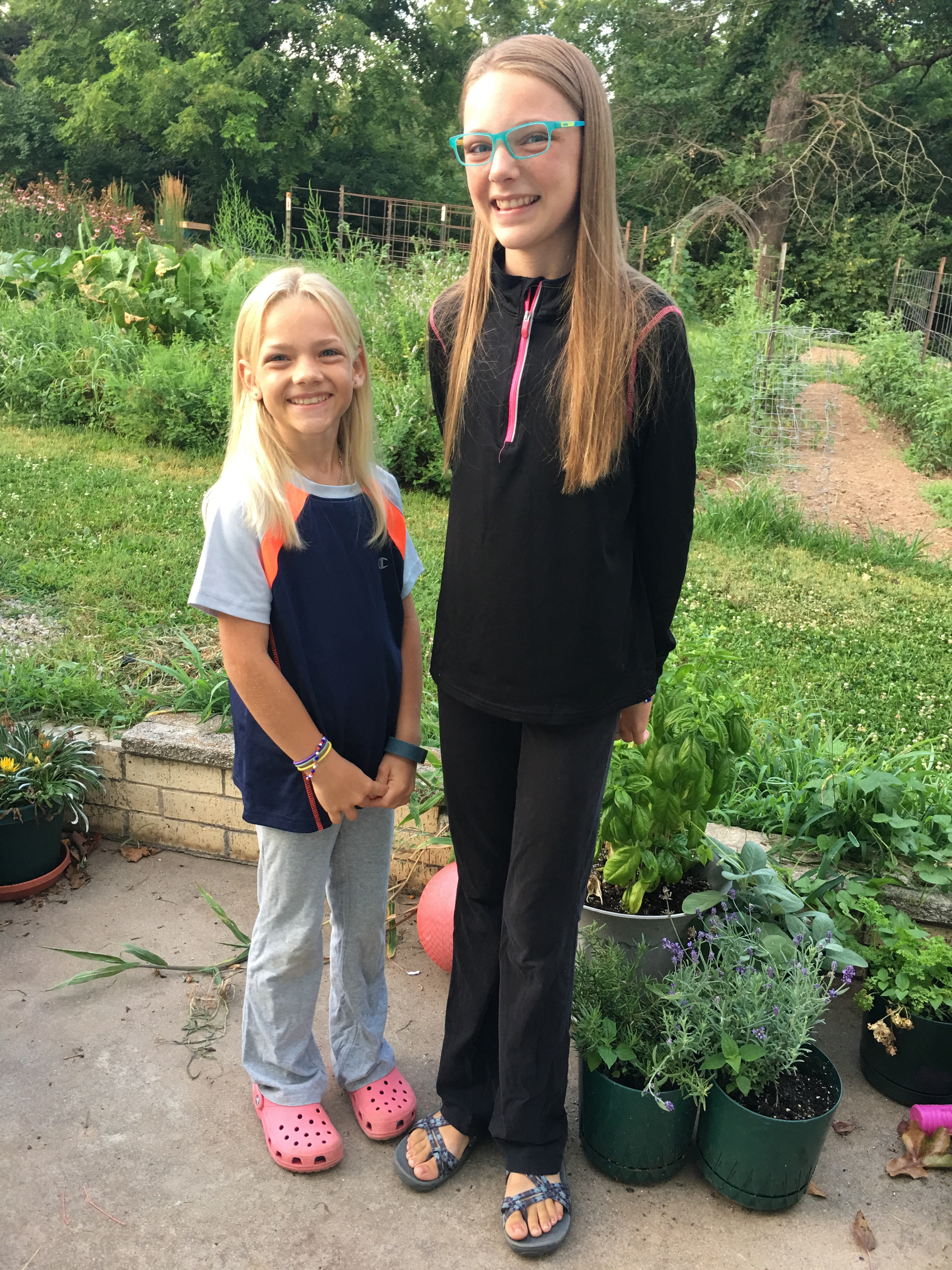 Just as Eden, Sterling, and Charlotte are home again, now these two are off for their turn at Grandma Camp. My house is now noisier than before, food consumption is up from what it was, and chaos is back and in full force. It's always interesting to see what the dynamic is when different kids are missing. Turns out, Ruby and Liberty aren't the noise makers around here. No big shock there! 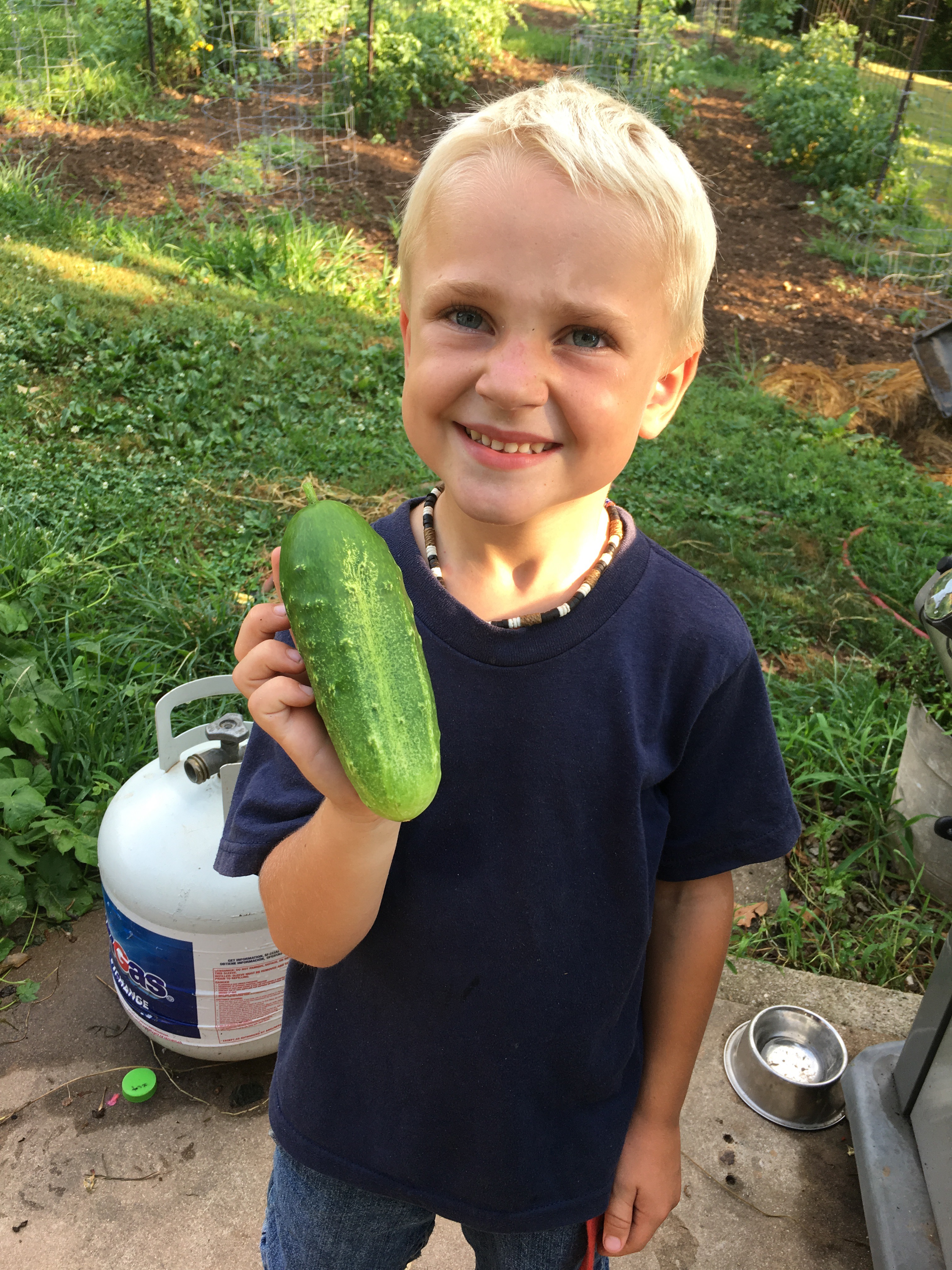 We have produce! Blaine picked the first cucumber tonight. The garden went in late and struggled a bit, but it's fun to start seeing produce. 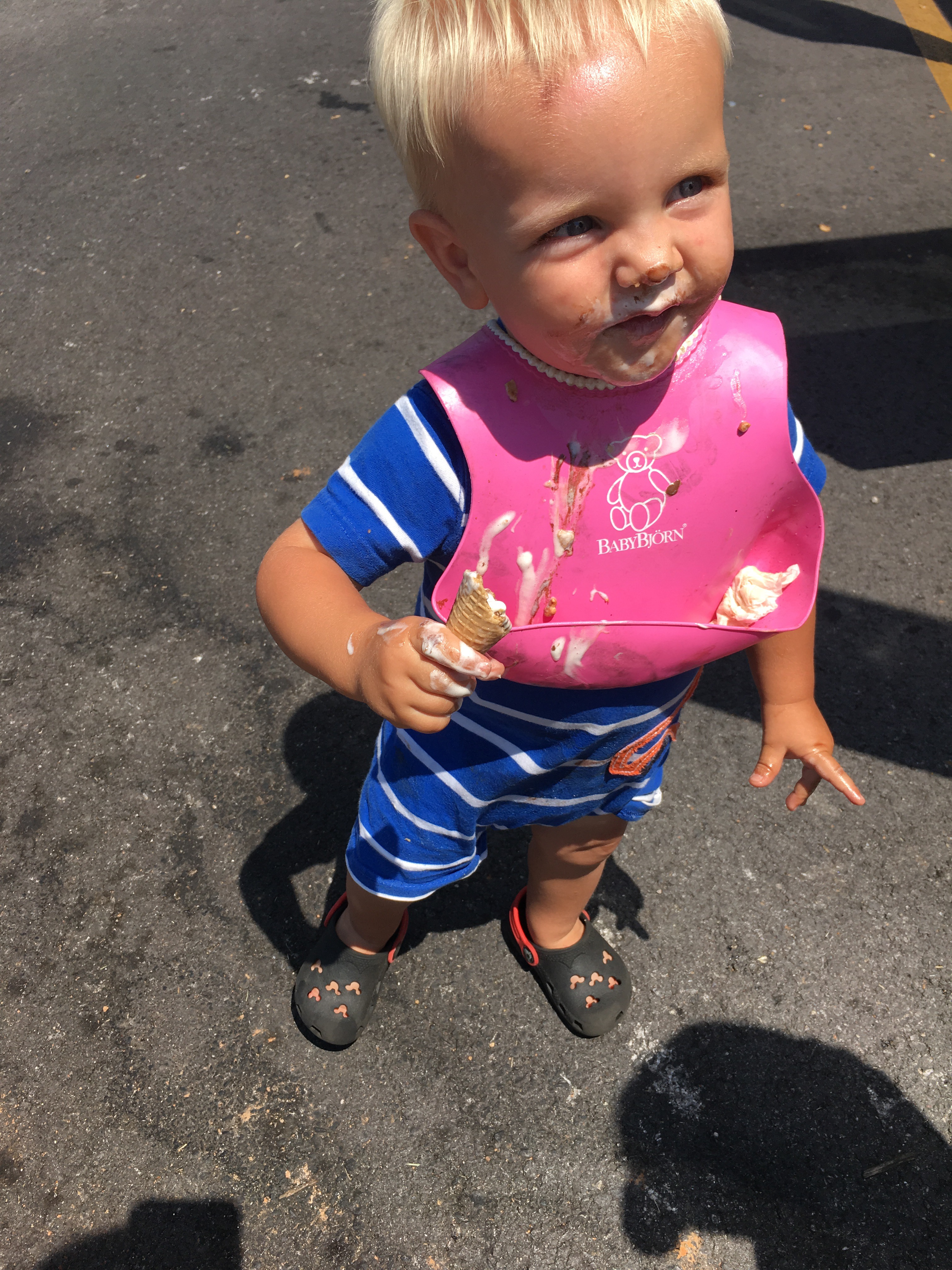 While I had just five kids, we took advantage of the half dozen of us and bought the box of six ice cream cones at Aldi to enjoy in the parking lot before we went home. I'm pretty sure Stellan will now expect such treats after each shopping trip. That'll be a disappointment. 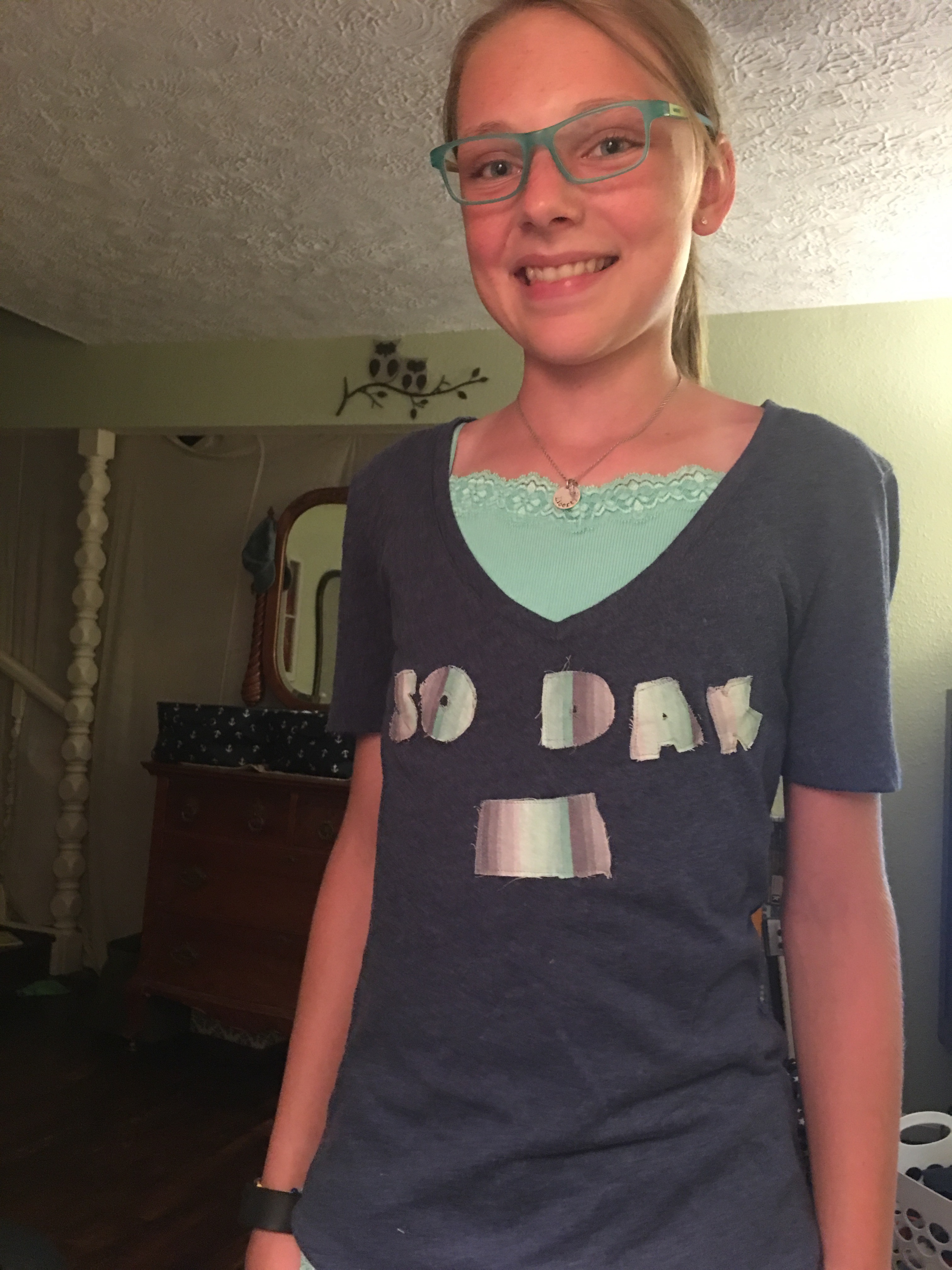 When we were in South Dakota we found a tee with "SoDak" written on it. Liberty had chosen the name for her dog, because there's a fondness there for my home. We decided to try making one for Liberty. It's far from perfect, but it was fun nonetheless.

It's so good to have my children home, but strange to have still others missing. I called for Ruby before I remembered she isn't here. Pretty sure I will never agree to such travels again. I hate it.

My necklace came! I ordered it at an art festival we went to in South Dakota. I've wanted one for a long time and finally found someone willing to undertake the task with eight names. It's perfect.