Mulberries are in full… berry? The tree is loaded. Stellan heads up there every chance he gets. He has a permanently stained purple face these days. He can’t reach the branches, but the berries fall when they get super ripe. It’s like a treasure hunt for him, searching the grass and mulch for berries. I refuse to consider exactly how gross this is. Makes me shudder. His diapers would indicate his hunt is highly successful. 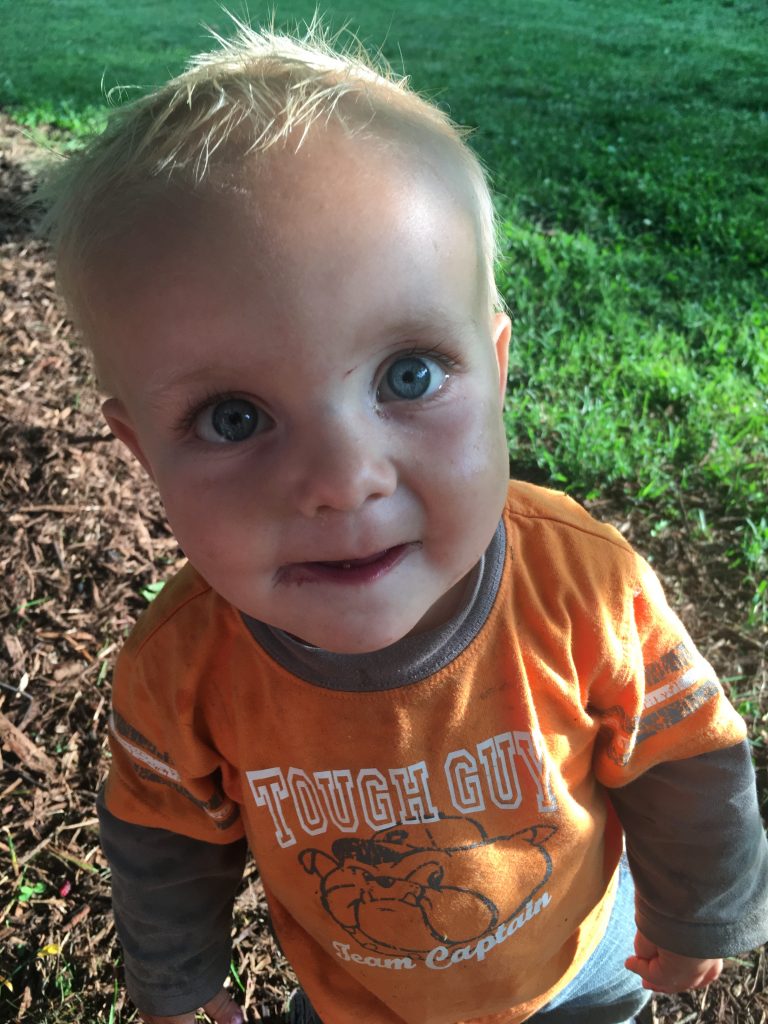 The rain! It’s been pouring for a week off and on. The kids think it’s fabulous. We’re still trying to get the garden in so… it could wait a few days. I’ve been hauling in loads of manure and mulch in the trailer this week, and things are shaping up out there. The kids have asked to play in the rain every time it rains. To know the mess involved in that makes it really hard to agree. But I did. And then I got stuck out in the rain too, trying to take pictures. And then I did laundry. 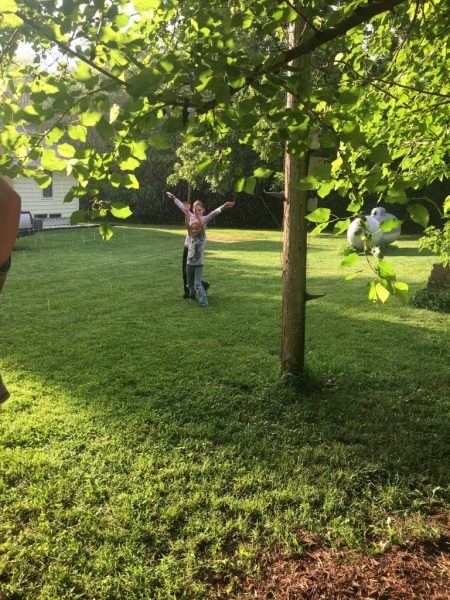 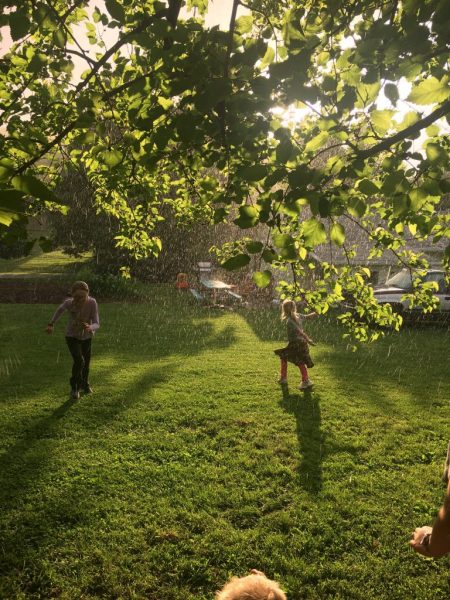 I dug a pellet gun bb out of Pierce’s ear last week. The story goes something about Sterling throwing it up, it landing in Pierce’s ear, and Pierce pushing it in further in an attempt to get it out. At first I couldn’t see it and thought we were doomed for a visit to urgent care on a Sunday, but within the hour it worked it’s way up. One dental pick (Small! Curved! It worked perfectly. I might have disturbed my husband at my choice of tools but eight seconds later, one red plastic bb surrendered it’s position and Pierce’s hearing was restored. The number of times he said “What?” in that hour was comical. Add “No throwing bb’s  up into the air” as house rule #762. There’s been rules in place for using the pellet pistol, but danger via stray throw was a new one for me.

Best idea all week: I bought enough magic erasers for all capable children and their “do one thing” extra chore for the day was washing walls and doors and trim. There was a competition for most destroyed sponge. It was grand. Everyone but Stellan participated.

One dear, old-enough-to-know-better child asked me if beeswax is made from bees’ earwax today. My work is not done. Yes, dear child. Men with teeny tiny q-tips collect the wax for us. Poor man. Volatile creatures. He must get stung a lot.

Finally, a sewing photo I promised. I have a pile of cut denim pieces – because one project for a girl leads to four more almost every time. The rest of the girls need skirts too. This one is Ruby’s. 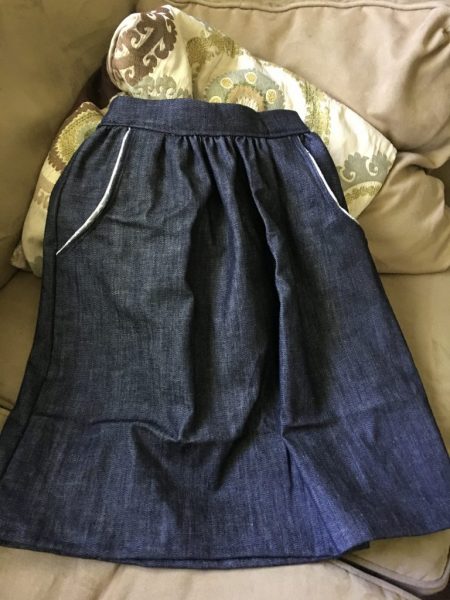