Stellan’s crawling. Some days he looks like he was raised by wolves, on all fours, and other days he opts for the traditional hands and knees method, but he’s mobile. Oh my word, is he ever mobile. One day right after he figured out how to move, awkwardly at best, he climbed onto the dishwasher door, fell off, and tried again. When that failed, he went head first off the step into the laundry room. His head bears the mark of a quick descent. Two days after he mastered the hands and knees method, he scaled the five stairs in our split – level and went exploring in the bedrooms. He’s cruising around everything, nothing is safe, and he’s well acquainted with the word no… Enough that he walks around telling people “nuh nuh nuh nuh nuh!” when he doesn’t like what they are doing to him. 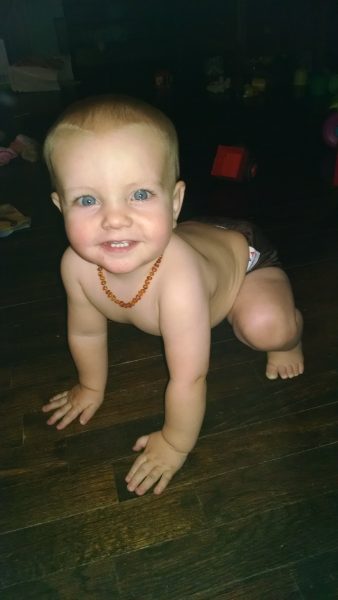 I’m feeling ill equipped to handle him and all of the other craziness around here. I think I might have to assign one kid to trail him at all times.

And I need a higher potato bin. He loves them. 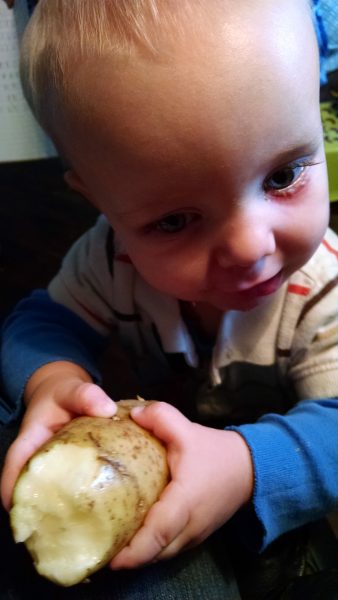 We got a little bit of snow – just enough to sled before it melted. That outing ended up with Stellan, Elliot, and I, and soon many others, hanging out in the van as the cold ones dropped out, one by one. 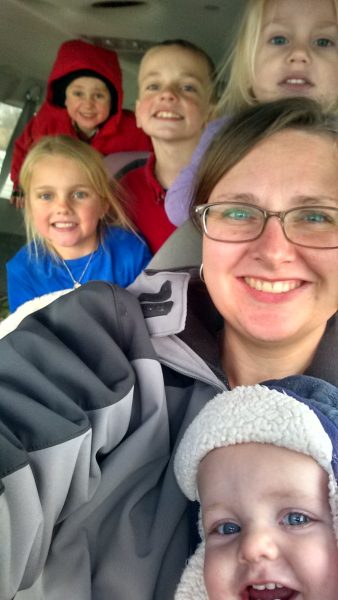 Charlotte lost her first tooth… Pulling up her sleeve with her teeth. It was barely loose but it went flying! That’ll teach her. I hope. 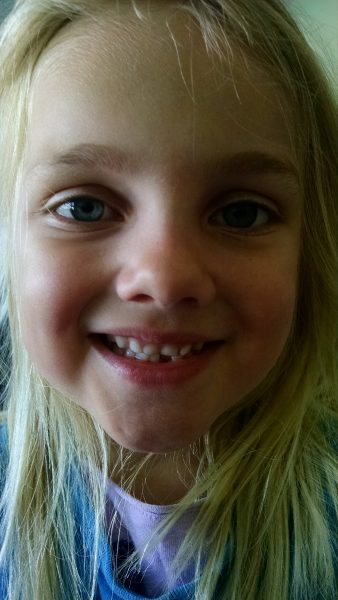 And finally, a friend made me a decal for my van. It’s perfect! 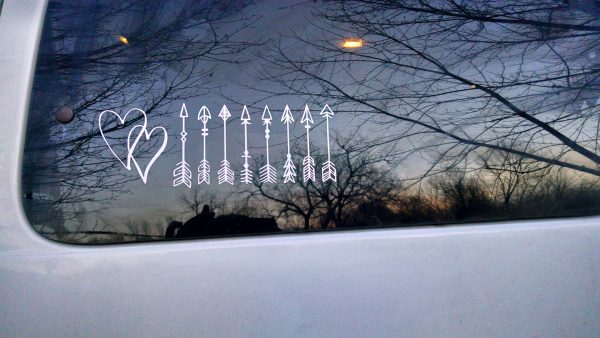 I still haven’t found which way is up. I’ve been grocery shopping twice this week. Six gallons of milk and five loaves of bread gone in six days. I washed, folded, and together we got put away 14 loads of laundry in two days when an ice storm was predicted, threatening the electricity. How I was 14 loads behind I still haven’t figured out. The ice storm came and went without loss of electricity, thankfully. And I’m caught up on laundry so… Can I be thankful for the laundry motivation and leave it at that?

We’ve mopped three times this week. I bought a hard floor cleaning machine in hopes to make that easier. It arrives Monday. Eden mopped today anyway. It wasn’t going to make it that long. The amount of dirt we make around here is astounding. I thought it would get better as to get older. It hasn’t.

Pierce finished his set of 40 learn-to-read books and is 200+ pages into Dick and Jane. I officially have six reading children. Meanwhile, I taught my toddler Sunday school class how to spell ‘Jesus’ and now Elliot, who formerly also knew how to spell Elliot, now says “J, E, SUS!” when I ask her to spell her name.

I’d say I lose but… She knows how to spell Jesus now, so I have accomplished something, right?!