But some things are definitely times eight. The noise. The chaos. The reminders to do things. I have to ask every. single. one. if they’ve brushed their teeth. Teaching school is definitely six (six are schooled for now) times the work. 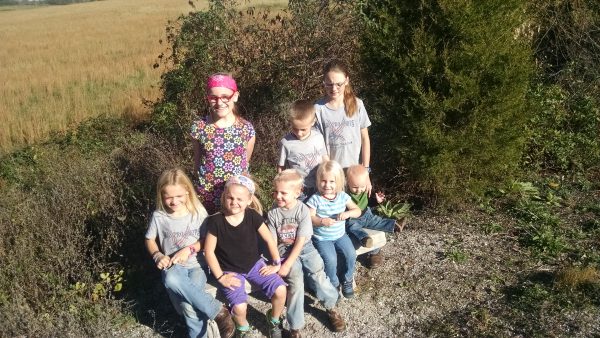 I took twenty shots. There is no best one. But you can see everyone’s face in this one. It wins.

If I have to remind all the children (atypical, but still) not to touch things at the grocery store even twice, that’s sixteen reminders to be made. It starts to feel like I’ve said the same thing, over, and over, and over again. 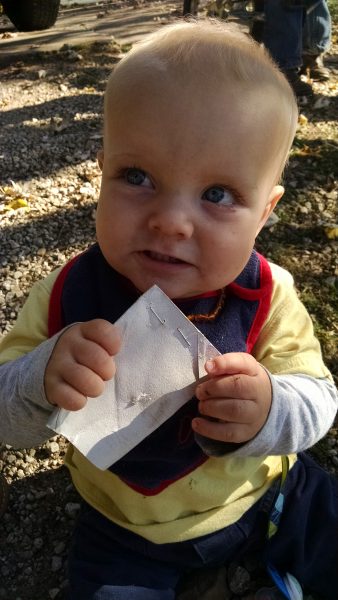 Toilet paper tubes are deemed toys by Pierce. He staples, hole punches, puts strings through them, and more. And, well, they are plentiful around here.

We went for a walk last week. Elliot was unhappy about my declaration that she was to stay in the wagon. Then Charlotte’s bike tire exploded. That’s a new one for me, but make a long story short, there was one 16″ bike out of commission, two miles from home. Carry it, push it, whatever you like, but… I didn’t have enough to think about just then, right? 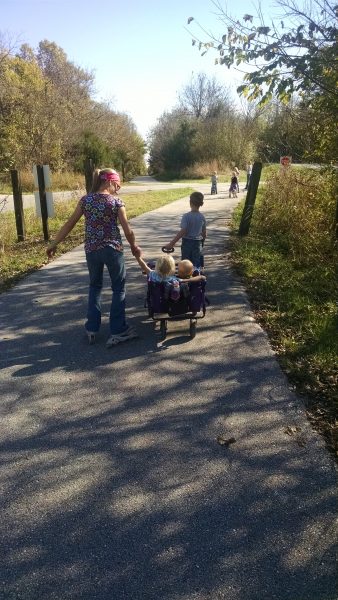 Moments later, Eden’s rollerblades disintegrated and were second on the list of out of commission modes of transportation. She’d borrowed her daddy’s, having outgrown her own and nearly his size anyhow. But… they weren’t exactly recently purchased and the rubber wheels were retiring from service.

Just then, with Elliot voicing her displeasure, my wagon now housing a pair of rollerblades as I push a traitorous bicycle, the chaos seemed very much times eight. These are the moments that I merely resolve to hold up my head, carry on, and know that this moment, this craziness, will soon end, but my children are watching how I react. No pressure.

Charlotte now has a new-to-her bicycle, we’re meeting a lady selling rollerblades in Eden’s size tomorrow, and those crazy moments have moved on. They’re replaced with new ones, and I’m given yet another opportunity choose between offering grace, patience, and understanding, or something far less godly, as I’m prone to do. 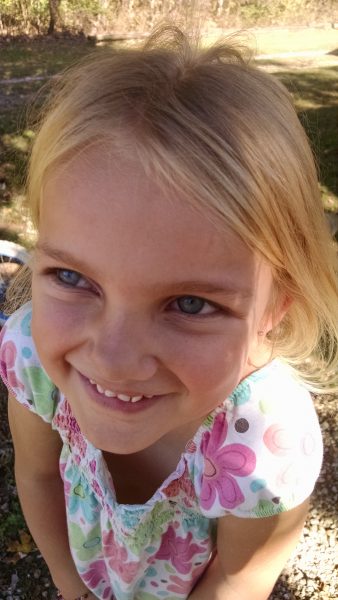 Motherhood is a sanctifying business.