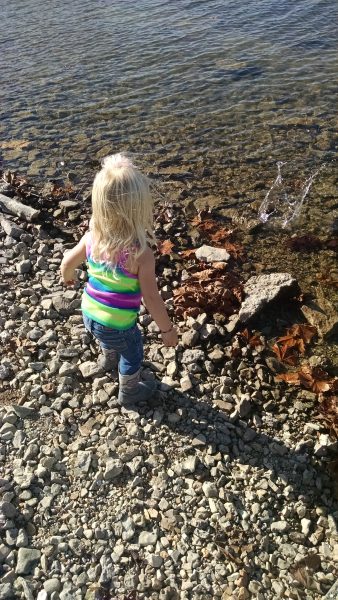 I turned 33 last week, and to celebrate, Blaine invited me, along with our two youngest children, to accompany him for a work trip to pick up something an hour away.

Fun times. We got to throw rocks in the lake. Elliot particularly loved that, once I finally convinced her that swimming wasn’t an option. Stellan just wanted to eat the rocks and was incredibly irate when I attempted to show him how to throw them in the water, removing them as a food option. Next year. (He’ll throw them. I’d prefer he refain from eating them next year as well.) 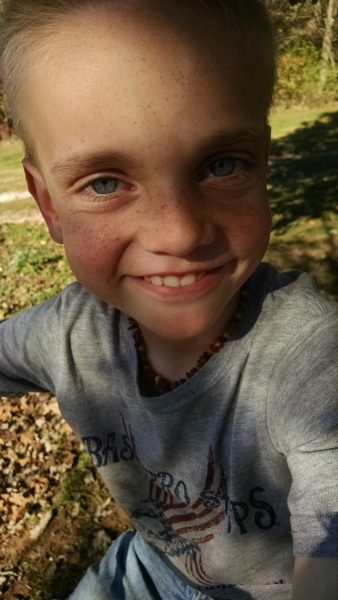 Once I started replacing bikes after Charlotte’s tire gave up the ghost on our walk, I decided it was time for Pierce to have a bigger bike, so Sterling got a bigger bike so he could hand his down to Pierce. Sterling was enjoying his “oldest boy” status just then more than a little. Liberty ended up with a new bike as well, and now all are itching for the warm weather to return and allow for more than a little ride around the yard. 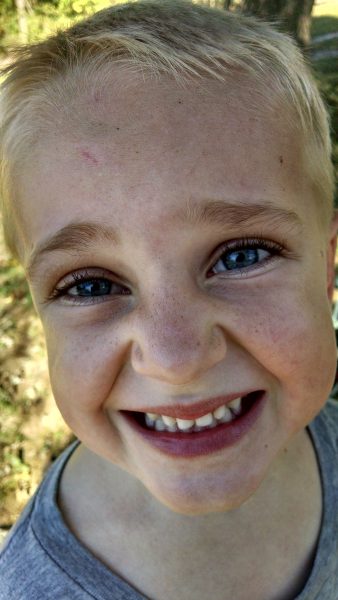 We also had a trampoline given to us. That makes two trampolines in my backyard. You know you have a lot of kids when that still puts 3-4 kids on each one. Oh my. They’ve taken to using the net around each trampoline as volleyball nets and they play volleyball (with the kickball no less!) with each team on a trampoline.

I’m starting to think I should have done this all for Christmas. I’d be nearly done shopping already.