I took this crew to the voting polls today. 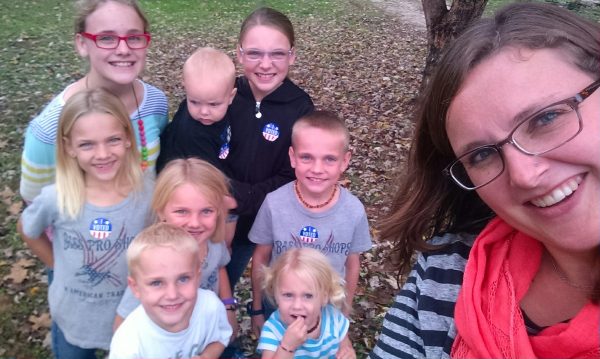 Then, we thanked a veteran at the grocery store.

So, for about an hour, I felt like I was totally rocking this motherhood thing. I showed them the important of exercising their right to vote, and then the recognition of someone’s sacrifice for the country we live in and the freedoms we enjoy.

And then, we went back to my hollering that someone didn’t do their chores and the cat was in the garage and reminding someone to put their shoes away and then standing the two year old in the corner after asking why on earth she was intentionally standing on her baby brother’s fingers – while he just looked at her with the evil eye. He’s a tough cookie, that one.

It was a fabulous hour. I felt the need to document it, just to remind myself that it’s happened.

(It needs mentioning that Elliot heard boating, not voting. She wanted to get her bathing suit and life jacket. She wanted to know if her daddy would be joining us. She wanted to swim. She was still talking about it hours later, wondering why we hadn’t gone boating. Poor girl. Maybe that’s why she felt the need to take out her aggression on her brother’s fingers.)