It’s a monumental day: Stellan’s bed is now in the boys’ room. He’s eight months old and averaging eating at least four times a night so… It’s time to curb this problem. Or I just get to walk further to nurse him all night long. Or I just created a co-sleeping arrangement, in which I’m too lazy to take him out of my bed and back to his own bed each time he eats. Time will tell.

All I know is that I need more sleep. I was watching Elliot nap on the couch in the middle of chaos – and she typically naps for 2-3 hours – and decided it’s time for Stellan to sleep in the midst of the noise. The boys room is right off the living room, impossible to keep quiet. Here we go.

Tomorrow Blaine leaves for four days for work. Seems like a good time to test my sanity and move Stellan out of our bedroom.

You know what I’m most excited about? Putting on my pajamas and not trying to do it as silently as possible in an attempt (usually failed) to not wake the bear. 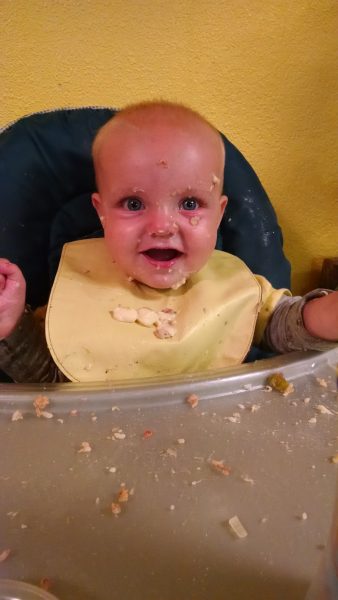 He’s learned to feed himself, two fists at a time. 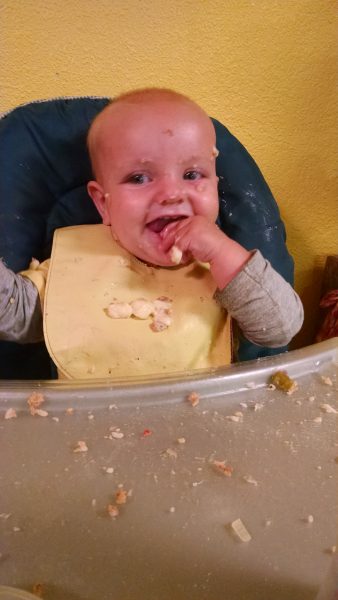 He leaves a little on his face for extra moisturizer though. That’s important. 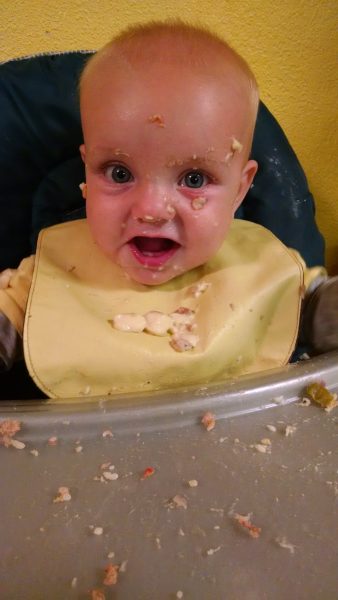 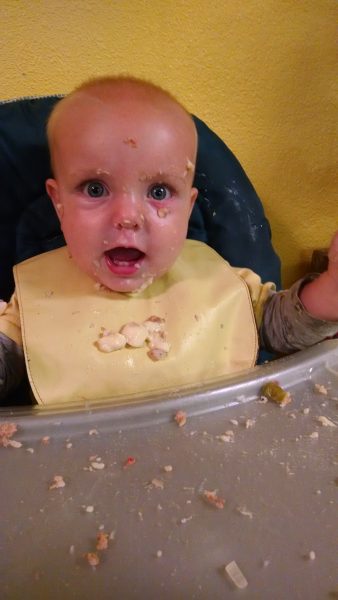 I walked into the bathroom the other day to find Charlotte assisting Elliot with her hand washing. Umm… I guess that works. We have five step stools that I can mentally count at the moment, but I guess in a pinch, that’ll do! 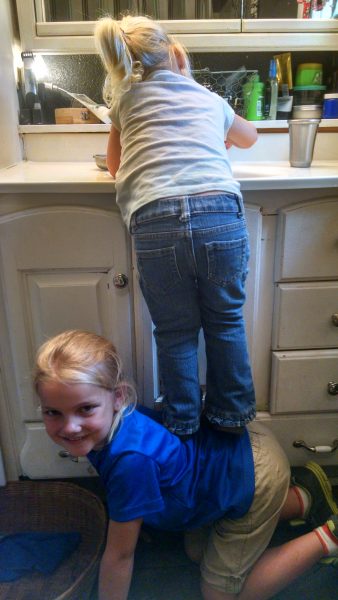 I cleaned the garage today. My canned food and extra toiletries is down there. I counted forty tubes of deodorant. I think, in case of emergency, we shall not stink. We only have two bottles conditioner so all of us girls will have to resort to dreadlocks, but we shall smell like roses in spring.

We also got out coats and hats and gloves for the winter. I’m not sure I’m ready to consider dealing with that extra step every time we go somewhere, but at least I’m ready for it. I’m thankful for a warmer climate that doesn’t require snow pants or boots. We’d need an addition to house it all. I learned years ago that each child having a play coat and a church coat saves me from many frantic “I played in the mud on Saturday night and trashed my only coat” moments but that means sixteen coats, just for kids. Oh my.

The five older kids went to help stuff literature into bags for a local government elected official last night. I was about to leave to drop them off, and Liberty was the last to climb in the van to leave, fresh from the shower. Elliot admired Liberty’s plaid button down blouse and commented in genuine admiration with the nicest thing she knew to say. “I like your shirt, Liberty. It looks like one an old lady would wear!”

Thirteen year old Liberty was thrilled with the compliment. Obviously.