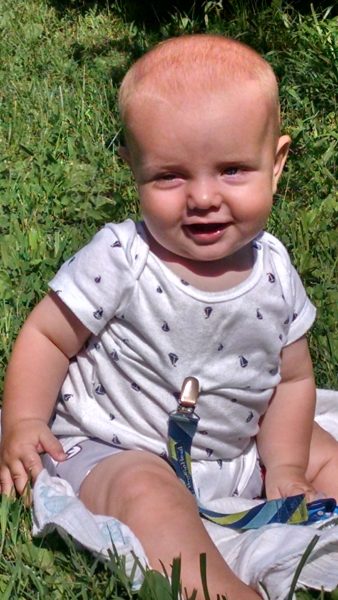 Stellan Wyatt is six months old this week. He’s been sitting unassisted for a month and a half – by far my earliest to accomplish this feat. Our home scale announces he weighs 18.2 lbs, he wears size 12 month clothes, and he got his first haircut last Saturday – just a smidge to trim the random long hairs. Stellan has just recently appeased his immense curiosity for food. I don’t do purees, but he’s chewed on a chunk of pork chop like it was candy, and fisted mashed potatoes happily. Mealtime just got easier – because he’s happily eating – and harder – because I have to find something for him to work on. 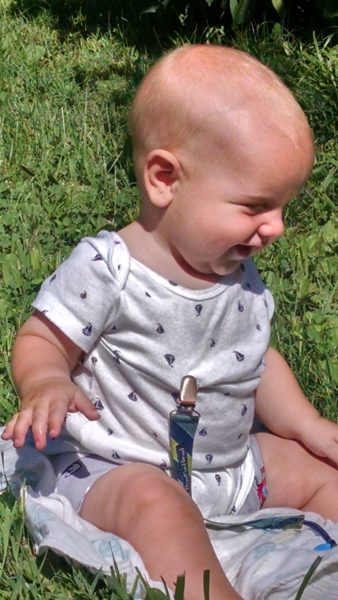 He’s a love. He’s happy as can be, so long as he has attention and is preferably in Momma’s arms. He loves the outdoors, music, toys he can chew on, and his binky.

Oh, and he has a Captain America diaper cover. Because apparently that’s a thing. I ordered several diapers online, and this one was one of them, because I thought the stars were a cute pattern. Shows how much I know. Funnier still: Eden commented that a boy in her co-op class had a shirt with that star so she googled it to see what it meant. It’s a thing. Imagine that.