Pierce turned four on Thursday. It’s taken me two days to recover from the day enough to write about it.

We started out the day on a homeschool fair field trip from 8:30am-12pm. We ran to Walmart for his requested birthday donuts and bread because packing sandwiches without bread is complicated and apparently we were out of bread. Bread and donuts in hand, we went to the park with friends… For 5 hours. Then we headed to the zoo for member’s night, train rides and cotton candy.

We got home at 7:45pm. We still hadn’t had birthday cake, or opened presents.

I hadn’t even wrapped presents.

Top that all off with the people coming at 8:45 pm to get our free couch we’d listed on Craigslist because we were given a new couch, and we had a regular whirlwind. We lit candles, Pierce blew them out but agreed eating cake after all that cotton candy was not what he wanted. We ate it yesterday instead. We lined up his gifts and marched him in, gifts unwrapped, and he played for a few minutes and went to bed. 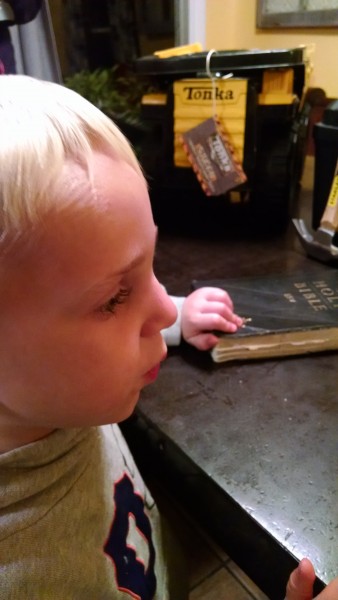 Oh, and the stove in the middle of the floor was the one Blaine had just replaced for me but didn’t get the old hauled out because he’d finished hooking up the new one and putting in the outlet for it at nearly midnight. I have a brand new stove for the first time in my life. It’s amazing. It does not, unlike my old one at the bitter end, heat the oven without ceasing. 550° for biscuits makes them… Interesting. Thus, Charlie got an ice cream cake instead. Pierce’s birthday cake was the first thing baked in my new oven. It was perfect, it all its chocolate train glory. 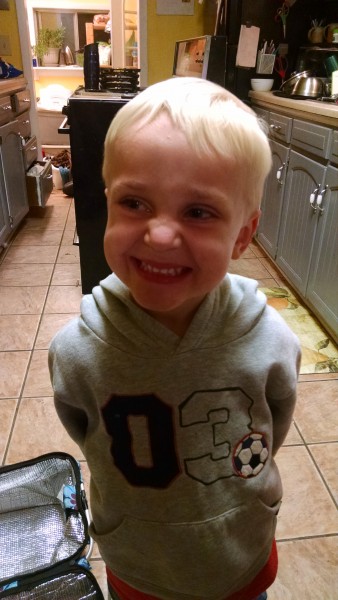 So. Pierce is four, he had the best birthday ever, he slept fabulously that night, the stove is now hauled out, the old couch is gone, and I survived the week.

Happy birthday, Mr. P. Thanks for rolling with whatever comes at you and pretending we’re normal…