Spring’s here. ‘Tis the time for skinned knees and trips to the zoo. The two went hand in hand this week, unfortunately. Poor Charlotte got a firsthand experience on running down hills and gravity and just how fast her little legs can (not) move. (I am, right about now, exceedingly grateful for my shorts-always-go-under-skirts rule!) 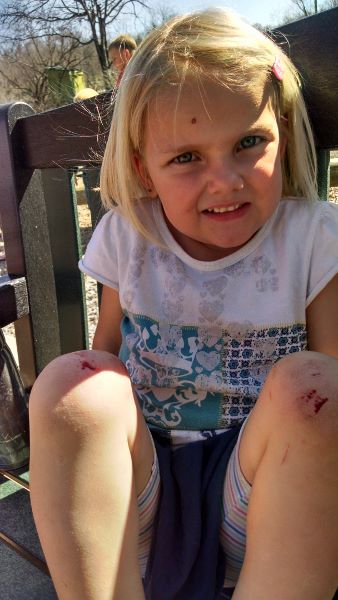 I went outside to find the Cozy Coupe had hit a pot hole. Sterling loves to dig. He’s been given permission to dig in the garden. His hole is getting impressively large for Missouri dirt. Large enough to try to swallow a toy car! 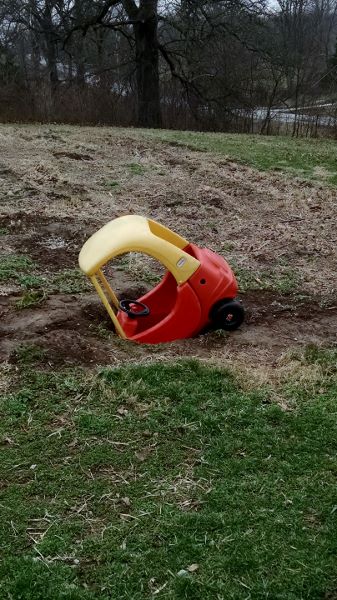 I bought a new sewing machine online tonight. I cannot stand it, I’m so excited. My sewing money is paying for part of it… and I’d better get to work to replace the rest from the household budget. I can’t wait though – did I mention that? It’s like a toy of the best kind. I cleaned out my laundry room yesterday and put all the canned food in the basement instead of in the laundry room. Eventually I’ll have a sewing table out there. It’ll be amazing. Bonus: No more wheat puffs spilled in the laundry baskets. 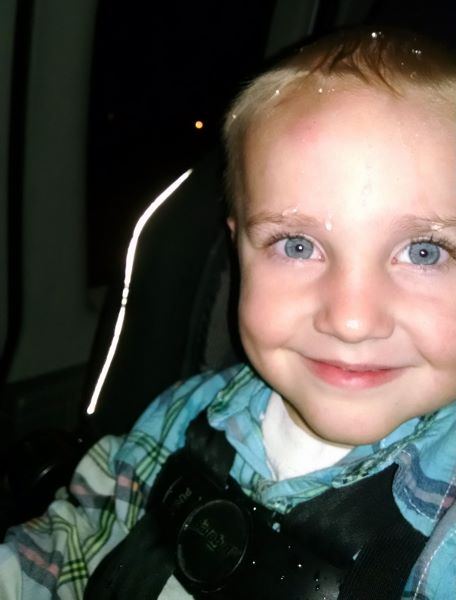 The other night, Pierce had been given a bottle of water after church. He was in his car seat on the way home and he dropped the lid. He asked Liberty to get it, but she couldn’t see it in the dark. She agreed to find it when we got home. Less than a minute later, he apparently forgot his water was lidless. He shook it. Violently. Liberty shrieked and Pierce kept shaking. It took him four shakes and himself being nearly completely drenched to get him to realize what he was doing. Liberty didn’t escape exactly dry either. It. Was. Hilarious. The whole van was rolling… Pierce and Liberty included.

We broke down and bought a Sam’s Club membership today. Apparently it’s time to buy in bulk more than the rice and oatmeal I’ve been doing. The reactions we got from shoppers though… it was comical. The free sample ladies hid stock when they saw us coming… they don’t really like handing out nine little cups of free fruit/hamburger portions/whatever it is they are giving away. The one guy handing things out has nine kids. He handed out cookies and then offered chocolate milk to boot. The kids now think Sam’s Club is a fabulous place. They were thrilled when we decided it was worth the membership. I think they have visions of free samples on a weekly basis. We ate hot dogs there for lunch and a stranger handed Blaine money for lunch. That’s happened a few times now… in a how-often-we-eat-out vs. how-often-it’s-happened, it’s a pretty high ratio. Apparently something about seeing a bunch of littles makes people feel entirely generous – or pity to a huge degree. I haven’t decided which.