I’ve all but given up on finishing my sewing projects before Christmas – but not entirely because the kitchen floor still holds my sewing machine and an assortment of sewing tools and trinkets. Blaine’s sister and family arrives Saturday and I’m starting to feel the crunch. I decided gift wrapping ought to happen sooner than later, so I set the kids to making supper tonight while I sequestered myself into my bedroom with tape, scissors, and six half-used rolls of wrapping paper. I’ve finished three rolls so far and wrapped 43 gifts. While that’s an average of 6-ish gifts per child, I am not quite done yet. I’m seriously questioning my smaller-gifts approach and wrapping every single thing individually. I got a giant box of half-used rolls of wrapping paper at a rummage sale this summer, and right now it’s the only thing making the wrapping paper not the most expensive part of some of these gifts. I’m thinking next year I’ll be searching for one item per child that is exactly the price of my per-kid budget. I could have been done 36 gifts ago. 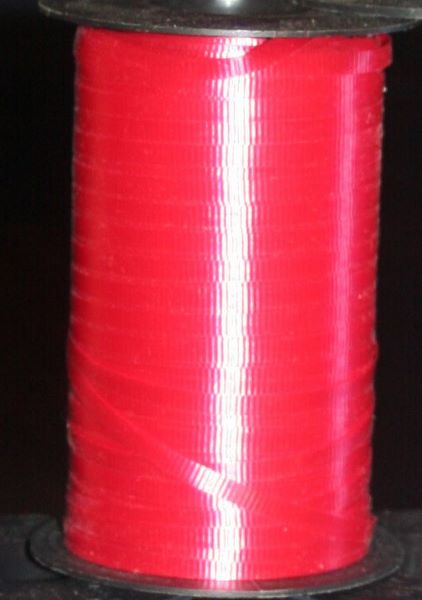 My mother is a gift-wrapping expert. Packages of my childhood were perfectly wrapped, always in a box and never just wrapped in all it’s lumpy glory. Packages had perfectly square corners and a giant curling-ribbon bow tied just so. I vividly remember her borrowing my index finger on many an occasion to hold the knot as she tied the ribbon, then grabbed her Fiskars and started sliding it down the ribbon with a satisfying swish as the ribbon curled most perfectly. 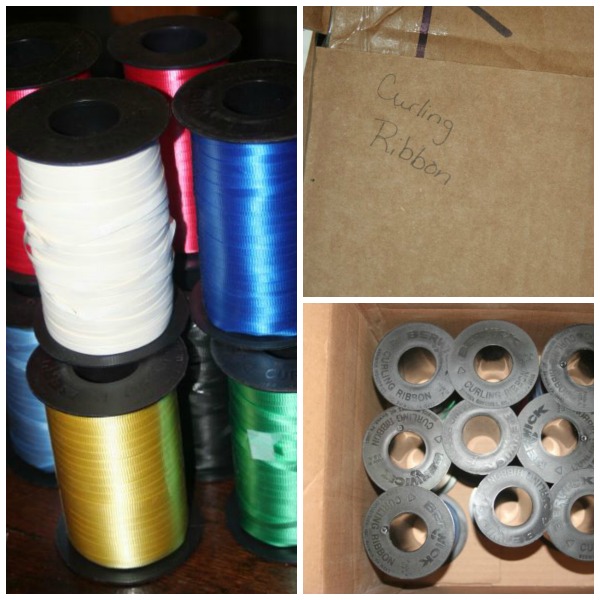 When I got married, I went to the craft store and bought curling ribbon. I bought the giant spools in 9 different colors. Surely I’d be wrapping many a gift in my days, and they would be beautiful. Today, I’d like to think I’m getting pretty good at wrapping – or at least at getting creative at disguising that I cut the paper a smidge too short yet again. I’ve taken to cutting a chunk of paper and looking to find which item will fit nicely in that space. I have to get more careful as I get down to the last few presents, but when you’re wrapping gifts for seven children and averaging something like fifty [small and lumpy] gifts, you’re bound to find one that fits on the paper as if it were cut special for it. My spools of curling ribbon sit untouched and gathering dust in the closet, barely used, twelve years and hundreds of gifts later. I was right about the many gifts part. I didn’t see it coming that those many gifts would be for my many children, and that ribbon just wasn’t going to happen. I’m lucky if wrapping paper happens over newspaper. Ironically, whenever I run out of wrapping paper and head for the funnies section of the newspaper instead, the kids think that’s the best wrapping job ever.

As I worked through my pile of gifts tonight, I ran out of tape. I grabbed a new box, and instead of putting it on the dispenser, I found myself holding the paper around it and reaching for tape. I realized my error only when there was no tape – I was wrapping the tape. It was an error that certainly my mother never made. Christmases were perfect and planned, never hurried and always wonderful. I recall not a single gift that I knew about before Christmas morning. Ours are pieced together, budgeted carefully, and often the kids are in on the choosing since it’s the one time a year I can offer them new things with color choices. And yet, they are equally wonderful. Definitely different, always ribbon-free – but wonderful.

I dug out the curling ribbon tonight and thought I’d dress up just a few of these gifts. A little taste of Christmases in my childhood might be fun to show my children. The concept of curling ribbon is still pretty fun. Maybe instead I’ll show my kids how to do it tomorrow and set them to decorating each other’s packages. I have nine ribbon spools begging to be used up to take up less space in my closet and remove the guilt of a new – good –  normal.