I discovered a long time ago that having a church/dress coat alongside a play coat for each child saved me a whole lot of stress come Saturday night when I found their play coat covered in mud. Since then, I’ve maintained two coats for each child in the wintertime and it’s made my life easier. 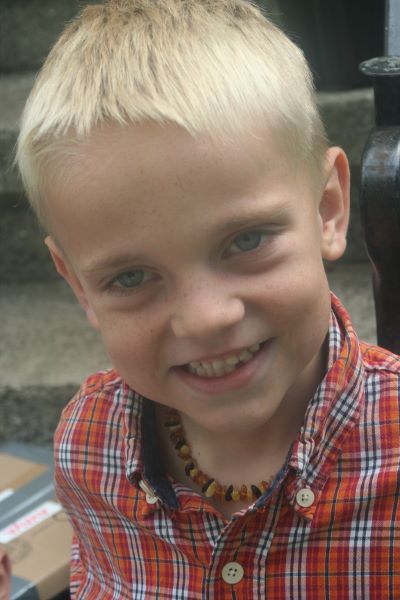 I haven’t, however, been able to find a nice dressier coat for my boys in a long time. I found some online last week, but at $52 each on sale, they were not quite what I’d hoped for. So I went to town, looking for a coat pattern to make coats for my boys. Turns out, Simplicity does not sell a coat pattern. I found a pattern for a shirt coat, thought it would work since it was lined, bought twill, planned to use the sherpa I had left over from Ellie’s hat as the lining, and took it home. After I had the coat all cut out, I went to cut the lining and found out the lining was merely to hide seams in a few spots – definitely not making a warm coat. Ugh. I was partway through sewing the shirts when this freckled face looked at me with big blue eyes and commented in a sad, sad voice, “I sure wish it had worked out to make the inside with the stuff from Ellie’s hat. That would have been warm.” 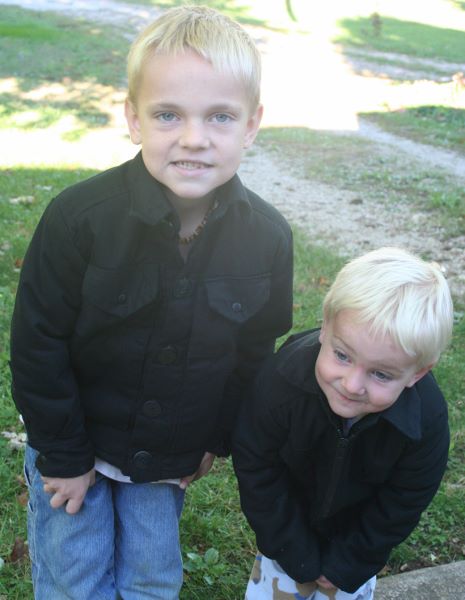 Apparently I’m a sucker for sad disappointed boys because I grabbed the leftover sherpa and set out to find a way to line his shirt and make it winter-weather warm. I ended up making a second coat out of sherpa and attaching it to the inside of the twill before I hemmed and hemmed around the sherpa.

Trial, error, and more trial had him a coat that he’s thrilled about. He wore it to co-op yesterday and took it off only for art – smart boy. Paint + New Coat and hours of work = Bad Idea. Thank you, son, for sparing me.

But I’d cut out the same shirt for Pierce and, having learned a few things in the process of Sterling’s, changed it up for Pierce. After my purse project made me zipper brave and making 13 buttonholes and sewing 13 buttons on Sterling’s made me button exhausted, I changed Pierce’s to a zipper closure and those sleeves on Sterling’s were enough to do me in, so Pierce got revamped straight sleeves that I rather prefer anyhow.

Pierce’s sleeves are a tad too long, but since I have no desire to make another of these until he’s ten, he gets long sleeves.

And just for the record, morning sun does no good thing for photographs of blond little boys. 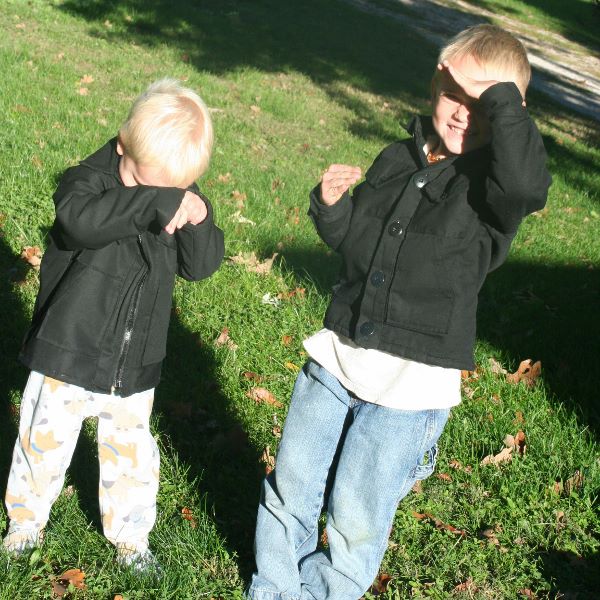 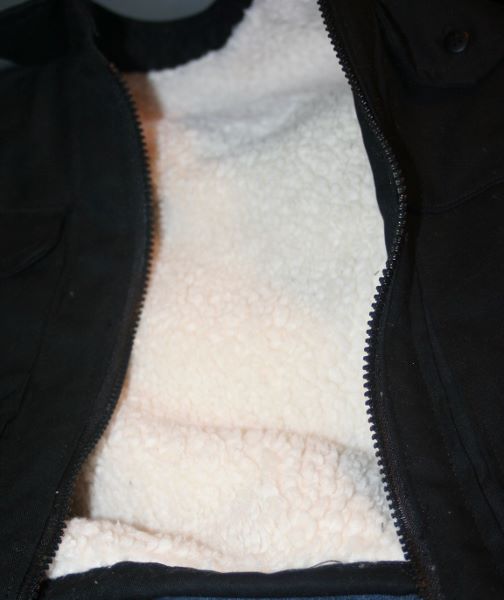 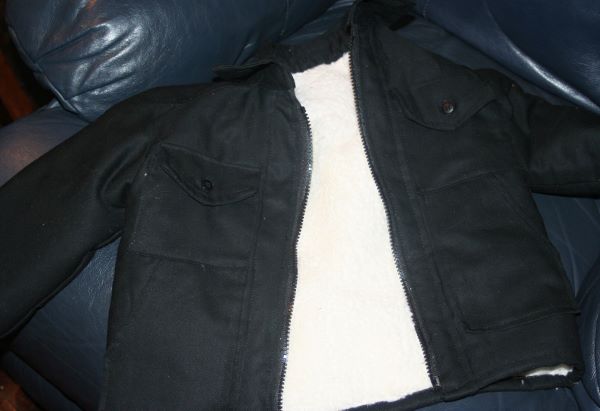 Problem solved. The boys now have nice coats to wear to church. It was not supposed to be nearly so difficult, but my dear older son who knows love by gifts is feeling entirely loved right now.

Total cost: $22 for two coats… and about eight hours.