Chaos. Sheer chaos. I imagine the fact that there are quite a few children running around these parts, and likely a little bit just because they are children, but chaos reigns.

One dear child decided to do the heave-ho grab, wrapped arms around Pierce’s legs and picked him up in one less than smooth move. He fell forward, grabbed the bowl of chili I’d dished up that had been in a pot boiling moments earlier, and pulled it down. I caught the bowl midair as it toppled towards his head. No harm done – unless my heart stopping in my chest counts.

Pierce came down from the shop where he’d been “working” with Blaine and Sterling with blood dripping from his hand. He’d hammered his finger. The fingernail is a good bit mashed and a chunk of it is missing. When asked about it later, he declared he’d hit it with a hammer but Momma fixed it with a bandaid. I  hope I’m always so miraculous in his eyes. 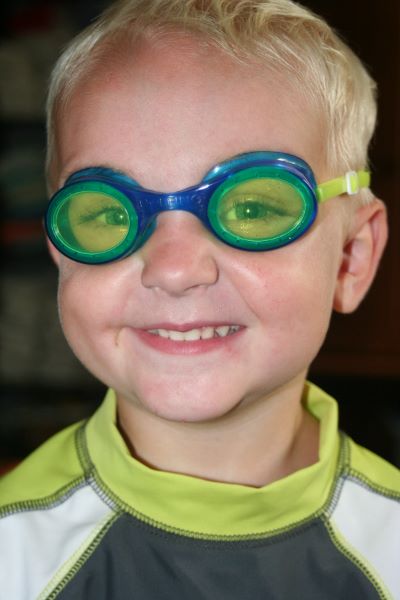 Pierce, reverting back to his toddler days, bit Ellie. She was grabbing his water bottle off the table and wouldn’t stop. He and the step hung out together for a good long time over that one. Ask him now if he’s going to bite the baby and he’ll give you a resounding “NO!”

Pierce climbed into Ellie’s bed when she woke up from her nap yesterday. I heard about it after the fact. When I commented that she must not have minded because she didn’t cry, he corrected me. “Yes her did! She cry when I go!” Got it. Apparently Ellie liked her little visitor. We’re clear on not doing that again now, too. Glad he didn’t try that before she got a bit of size to her.

Pierce remains the running theme, here. I’ve come to conclude that, for a lot of things, anyhow, he’ll do it unless he’s been specifically told not to do that exact thing.

And if he has been told but didn’t like to hear it, he might try it again. Just to be sure I was serious.

I started Charlotte on learning to read. She’s so excited she can’t stand it. Day 2 had her begging for her lessons at 7:30am, while I was still in pj’s and drinking coffee. I now have five students to teach. It was getting a little bit boring around here.

Yesterday it rained, and rained, and rained. The ditches were full. The sandbox was full. Pierce announced we were the proud owners of a swimming pool. Ruby was playing in the water in the sandbox when Pierce found a big rock, dropped it into the water, and watched what displaced water does to a little girl bending over the pool does. Pierce was amused. Ruby was dripping wet, with water running down her face. She was not amused.

Dawn dish soap apparently strips hair and leaves a brilliant shine. Pierce has never been so brilliantly blonde before.

Pierce found a sticker in Hobby Lobby. I didn’t pay too much attention, but I did get a glimpse of his beloved sticker and saw it was one of those plastic white security strips. I wondered briefly if it would set off the alarm, but keeping kids wrangled was enough to make me forget about it. I was in the checkout line when Pierce went through the doors, empty handed. The alarm started screeching, I told Pierce to come back to me, and it screeched all over again. With a puzzled look on his face at his ability to make the door beep, he came to me. I asked him where his sticker is. The manager was there by now, and Pierce dug his beloved sticker out of the chest pocket on his bib overalls. He was so sad that he didn’t get to keep it.

A week or so later, leaving Hobby Lobby after making my purchase, I looked down to see Ellie, on my chest in the sling, chewing on a package of pipe cleaners. (Shh, Charlotte is getting a box of art supplies and beads and whatnot for her birthday. It now includes one chewed up package of pipe cleaners.) We turned around, headed back inside, and paid the $.94 for the pipe cleaners. They thanked me for honesty. I can’t believe we cause such a ruckus two weeks in a row. Ellie’s snack did not, apparently, have one of the beloved stickers Pierce loves so much on it.

Last night, as I got supper on the table, Liberty had set the table, Eden had grabbed the milk, and I had everything dished up, only Sterling was missing. I hollered for him, and he walked into the kitchen, slid into his seat, and checked out the food in front of him. I (slightly sarcastically, I’ll admit) asked him if it was nice to just walk in and have everything done for him, hot food in front of him and milk poured for his drink. He nodded, not the least bit sheepish. Blaine cracked up. He tried to keep a straight face while explaining to Sterling that he ought to offer his assistance and not just show up for the meal.

And then Blaine laughed some more, looking quite sheepish. Because guess who else had, mere moments earlier, just slid into his seat for the meal, assistance  not offered?