Before we went on vacation, the boys had a bit of auto maintenance to do. Sterling was assigned the role of tire pressure adjuster. 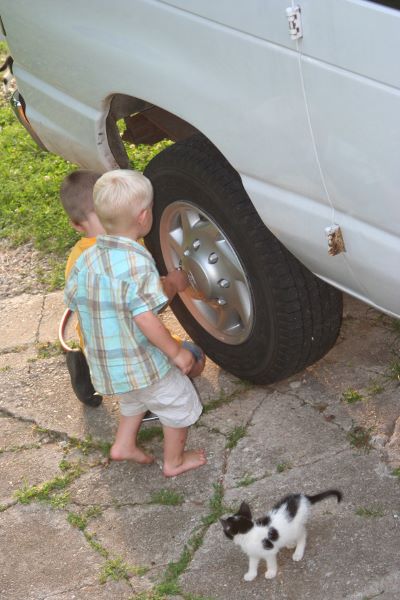 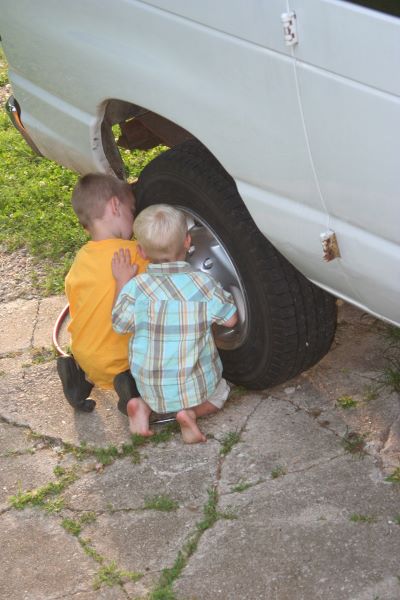 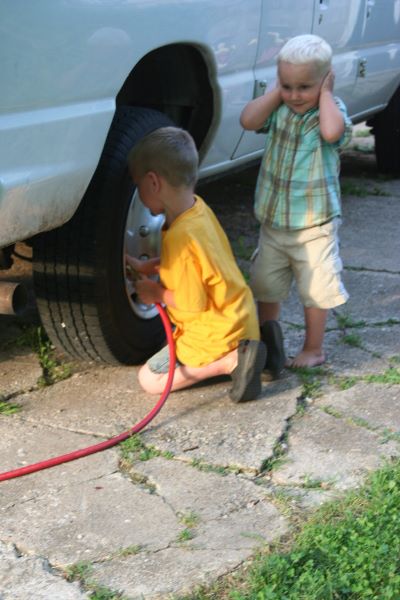 It would seem Pierce did not approve of the level of noise the work conditions required when the air compressor kicked on. 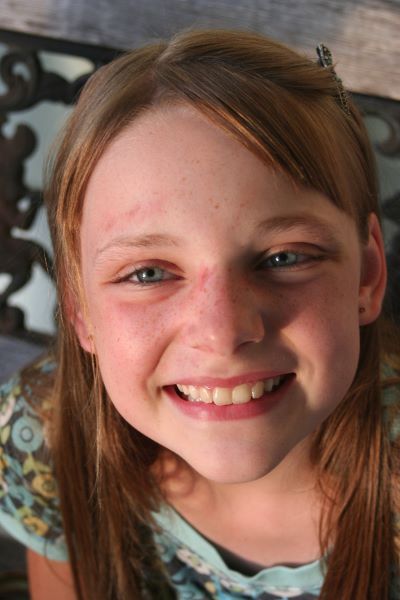 The day before we left, June 26, Liberty turned 11. She celebrated with a library program special, swimming and pizza at a good friend’s, and a skid across our (gravel) driveway, scraping up her face. According to Pierce, she “painted” several rocks red from her bloody nose. How is it that I pick up my children off the ground on a regular basis, bandage their scrapes, clean their wounds – but when it’s the bigger kids, the ones that are past these mishaps, that it’s even sadder for me? I do not understand. 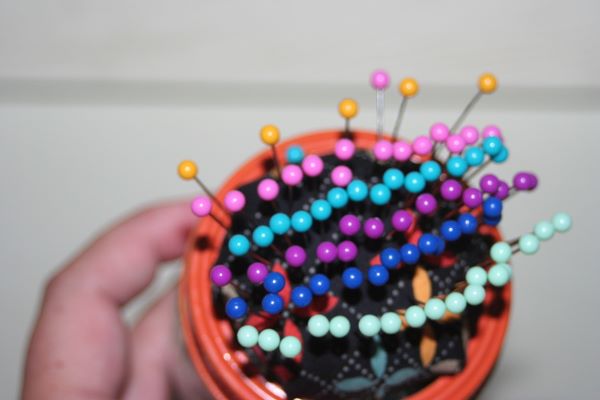 Liberty received sewing supplies from Grandma for her birthday. She had them out of their wrapping paper less than twenty minutes when I found her finishing arranging her pins in the pin cushion. Firstborn perfectionist, anyone? 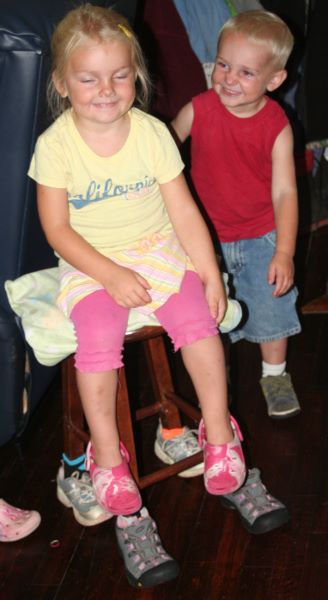 Charlotte was told to get her shoes on. It would seem she has too much time on her hands. She found herself quite funny. The stool also wore her shoes – and socks. Smarty pants told me I hadn’t said who to put shoes on. She also found a pair for her own feet. Smart girl. 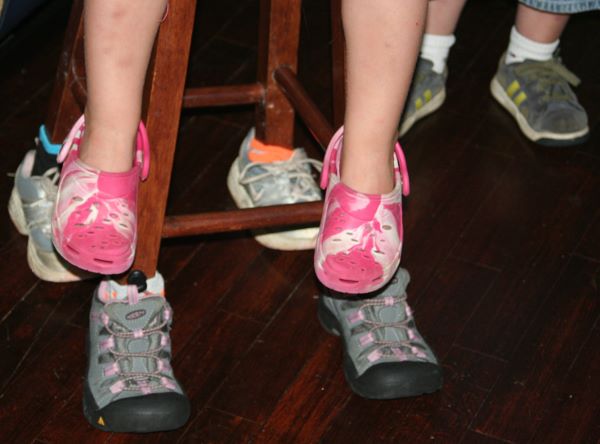 Elliot had her four month checkup with the pediatrician last week. At 16 pounds, she’s my biggest four month old yet and now weighs what Liberty did the day she turned one. I changed out her clothes to size 6-9 month this weekend. Never been so glad that I save clothes from baby to baby. It’s rather fun to dig out the next size and remember these clothes on the other girls. Few have survived all the way from Liberty, but they have a great time finding photos of themselves in the clothes Ellie now wears. 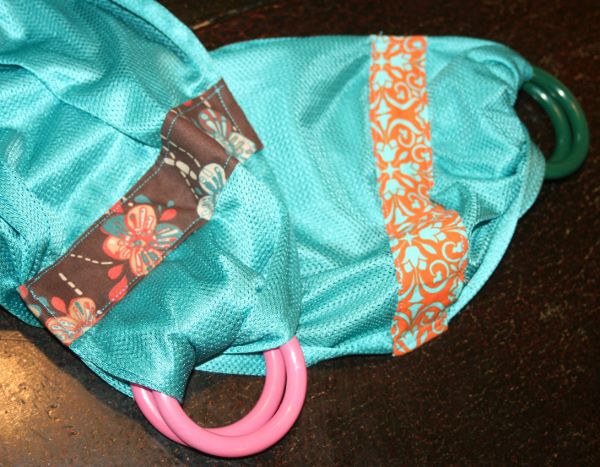 I made a few water slings for a friend with twins. With a request for a bit of fabric on the stitching by the rings for color, I thought they were much improved. I couldn’t just leave mine plain. 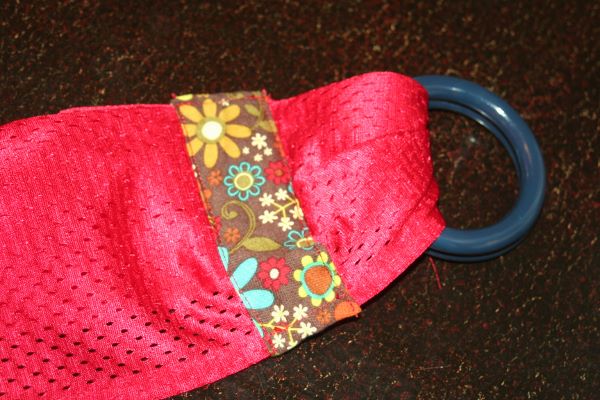 It got a touch of color as well. Sewing baby slings is becoming an addiction. I love it. 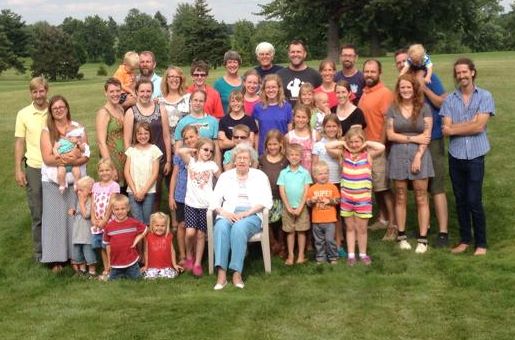 And finally, Blaine’s family. His siblings w/spouses, less one brother and his family, are all here, 24 of the 26 cousins, and his parents and grandmother.