Heard around my house lately:

“Why, you’re just a cheerful camper!” Doesn’t have quite the same ring as happy camper…

Pierce was pretending to be a lion. I told him as we were getting ready to leave, “Say goodbye, Mr. Lion.” He turned to his Daddy. “Good-bye, Mr. Lion!” He talked about that one all day. He thinks he’s hilarious. I rather agree.

Pierce has a pair of Sponge Bob pajamas. My children have never watched Sponge Bob, and don’t know who he is. (If they never find out, that’s okay with me. Wretched show.) From the moment he got the pj’s, he’s called the Sponge Bob on them Charlie Brown. Every time he wears them, he is adamant that he be called Charlie Brown.

Ellie has an amber necklace. Whether they are all they are claimed to be, I do not know. But they’re cute. Ellie’s necklace disappeared a few days ago. We don’t have so many square feet that things can stay missing for long. I’ve looked and looked for the necklace, but didn’t find it. Finally yesterday, I tipped the recliner over the see if it was in the mechanism under the chair. It fell out when I tipped the chair over. How?! Now if my old watch would just show up… Lost things drive me bonkers.

I was asked the other day if Ellie was my firstborn. THAT provided an amusing conversation.

Mesh water slings are worth their weight in gold. I made myself one to keep Ellie close and still be hands free, bought two puddle jumper life jackets for Charlie and Pierce, and we can go to the pool without anyone trying to drown themselves. Amazing. The photo below shows the shoulder I made on it; I’ll see if I can get an action photo next time we’re out. 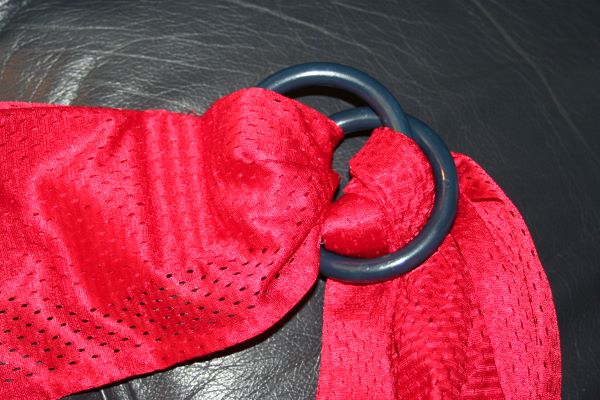 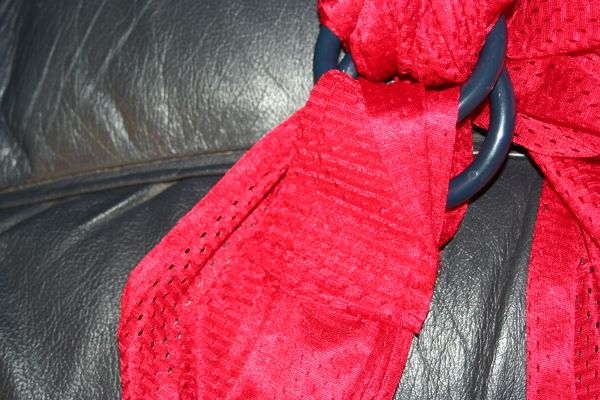 I’m making a ring sling for a friend. I bought undyed fabric and am using a glue resist and dying it. My word, it’s a lot of work. Taking photos for a step by step blog post for it. I’m almost afraid to do that – the last time I did that, it was for a batch of soap. It was the first and only batch of soap that wouldn’t come to trace properly so far. It set up fine in the end, but there’s something about proof you’re doing something to make it all go south!