The baby’s crying to be held. The two year old is crying – for reasons he doesn’t even know. The three year old is freaking out over a bug, the five year old doesn’t want to finish her milk. The six year old doesn’t like soggy cereal, and the nine year old just crossed a line that had consequences laid out. Now I have to follow through. The ten year old is remaining quiet and helpful, hoping to fly under the radar of all that is chaos.

Every so often, usually at supper time when we’re gathered around the picnic table (hello, easy cleanup!) and everyone has every hamburger topping they desire and I can, for a moment, sit back and breathe, I look at them all and think how peaceful this is. How not overwhelmed I am. But then someone needs something, milk gets spilled (Did I mention the picnic table – outdoors – is a lifesaver?!) and I head to the garage to grab another gallon to find none. If someone could pass on the memo that before we’re out is a good time to mention that, I’d be forever grateful. 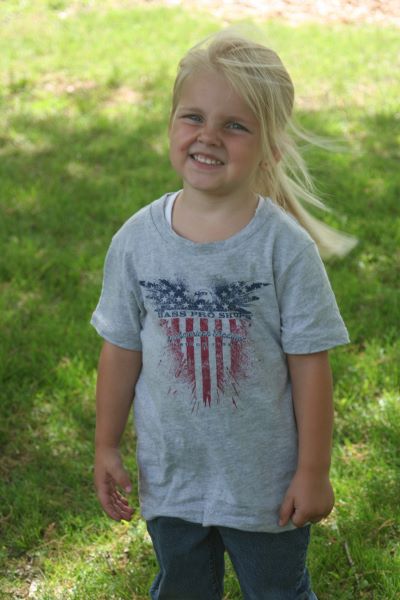 Life is pretty crazy right now. My floors are dirty. There’s two loads of laundry in my living room, and another in the dryer, begging to be folded and put away. We’re closing in on no clean diapers and the only thing that’s saving me there is the clean ones on the line will dry quickly in the 80+ degrees we’re seeing today. Half of the lawn is mowed… major pet peeve. All or none, but that’s as far as I got. We’re not doing school except for reviews and Ruby’s reading at the moment, but I have six reviews going right now. I’d double check that number, but the notepad that keeps me organized is MIA. Eden’s learning about writing and the Renaissance and the Reformation… Sterling and Ruby are learning that electronics, Kindles in this case, don’t always cooperate. Good times.

Pierce is coming around. He can be talked out of his fits – when he starts to lose it, telling him the consequences if he doesn’t maintain self control usually has him changing his tune. It’s been two and a half years coming, but he’s starting to get it. Ellie’s sleeping through the night 6-8 hours. She’s a fussy baby all day, but at least she sleeps! She’s getting too big for Ruby to carry. That kills Ruby. She was having so much fun taking care of her every time she got half a chance.

Sterling turns seven on Sunday. He’s pretty excited. The fact that his birthday falls on or around Memorial Day every year – and his daddy gets to be home an extra day – tickles his fancy. He wants rhubarb bars for his birthday cake. I’ve planted rhubarb three times now, and he’s getting impatient at the lack of rhubarb desserts with my rhubarb-growing failures. I think the ones I just planted might make it – and the local Amish store that sells all manner of produce might save me in the meantime.

Chaos reigns. I can’t do it all. But… strength for today, bright hope for tomorrow. Kids are happy, healthy, and fed (though slightly lacking in the calcium department until I can get to the store!) and, well, if they have to dig through the dryer for their favorite shorts, life will go on. It’s nothing like I imagined it would be… but it’s pretty spectacular in it’s own right. Spectacularly chaotic.