We don’t live on a great road for riding bike. Traffic isn’t flying at highway speed, but it’s not slow enough to suit me when it comes to kids and bikes either. So… we end up taking bikes to the park to ride. A year or more ago, my dear husband was insistent that we needed a small trailer. I thought he was nuts. But… a few months later, we were the new owners of one little slightly beat up trailer.

Suddenly, my mind was seeing the possibilities… 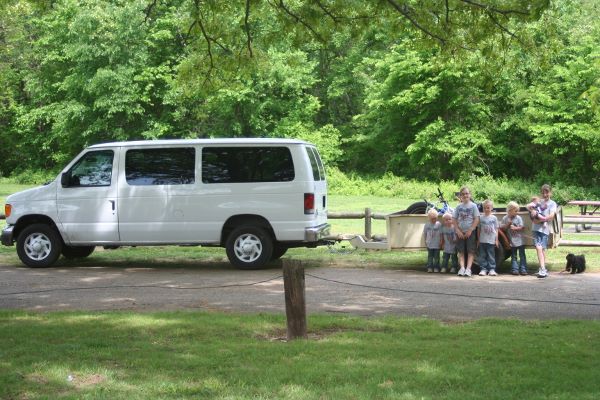 Rather ridiculous… but it works.

While my backing skills are getting a workout and I do my best to never have to back the whole thing up… the closest park has a lovely roundabout that caters to my shortcomings. (My backyard, however, boasts a lot of flattened grass from attempting to put the trailer back where I found it. It’s mostly where it belongs, albeit slightly crooked.)

The trip to the park, though, was for this: 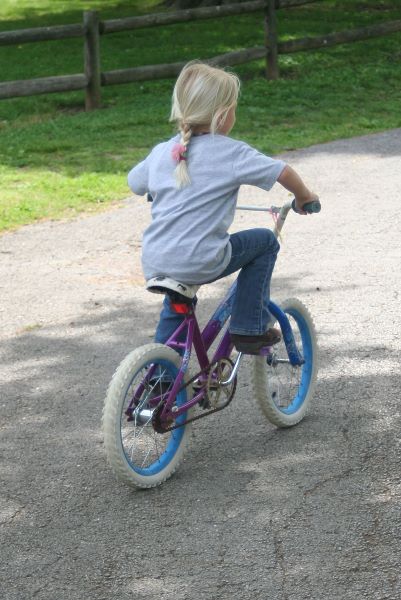 Ruby finally got up the gumption to take those training wheels off. Or someone just forced the issue. I’ll never tell. Regardless, I think she’s rather happy she got the nerve to do it. 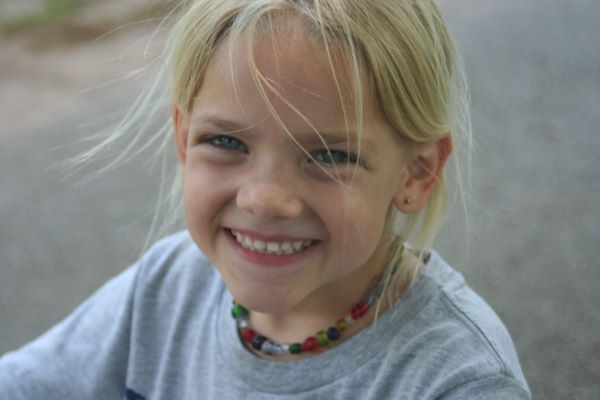 It felt slightly insane, though. In the first ten minutes, two kids had cried three times between them. Pierce boasted a bruised scratch on his neck from when his bike tipped over, and Ruby finished off the two hour outing with a brake failure and full on plow into that lovely wooden fence behind the trailer. It remains to be seen if her front tire maintained a round physique. Regardless, my heart might not ever be the same.

And since the kids decided today was the day to all wear matching shirts (Except Ellie. Poor girl, they don’t make them in anything smaller than 2T.), I saw the photo opportunity and took it. Would someone tell that boy to knock off the funny faces though? 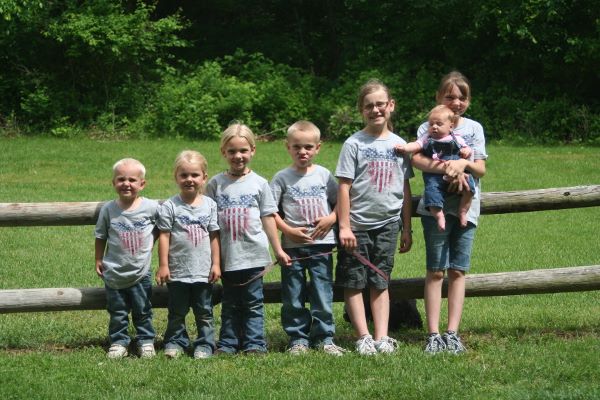 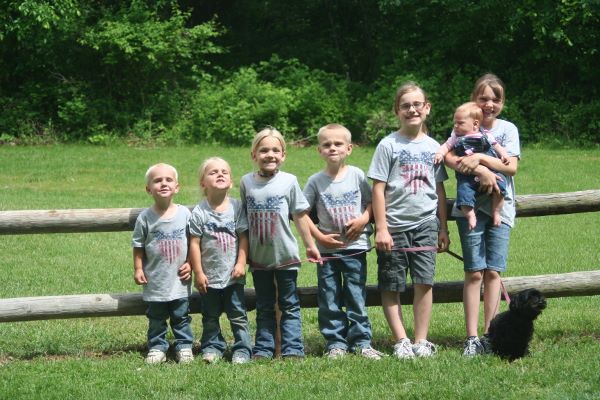 Then he got his brother to join in the antics. Outtake #2. 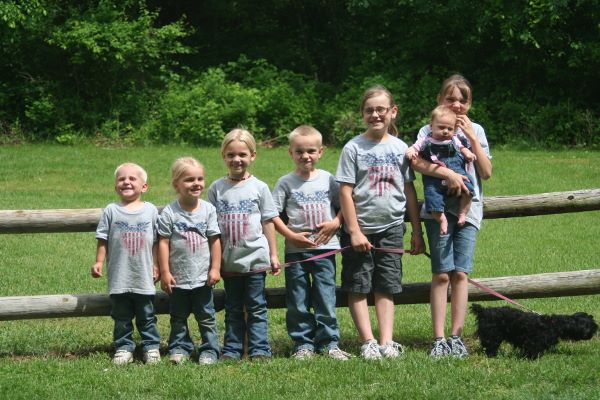 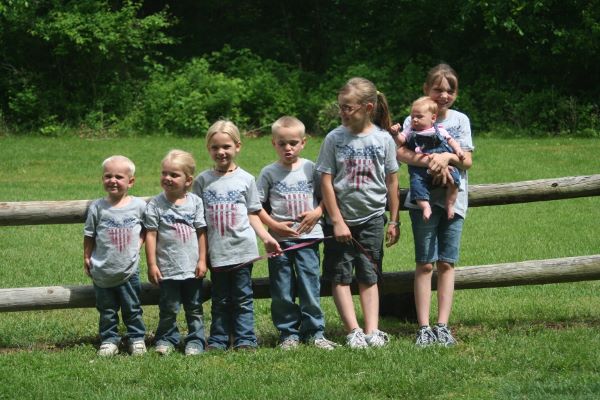 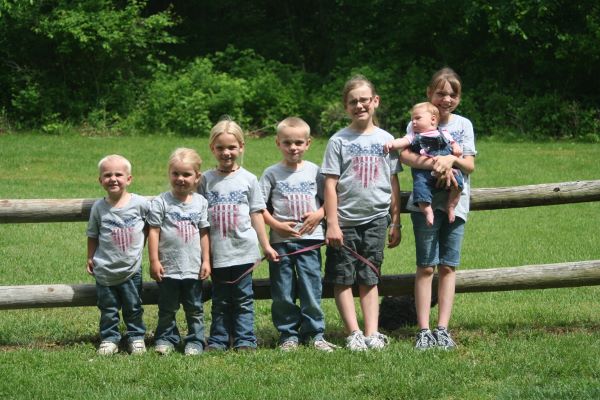 I give up. There wasn’t a serious one of him in there.