Sterling lost his first tooth last night. He’d mentioned earlier in the day that he had bumps on the inside of his gums that hurt. I told him he must have scratched them up on toast or some such thing. He complained again later, so I looked to see what was going on. His adult tooth was coming in, behind his baby tooth that has been loose for months but he’s babied enough that it never got looser.

I did what any parent would do. I bribed him. “You get it out before tomorrow morning, and I’ll give you a dollar. You still have that baby tooth in your mouth in the morning, and I pull it and you don’t get to complain.” 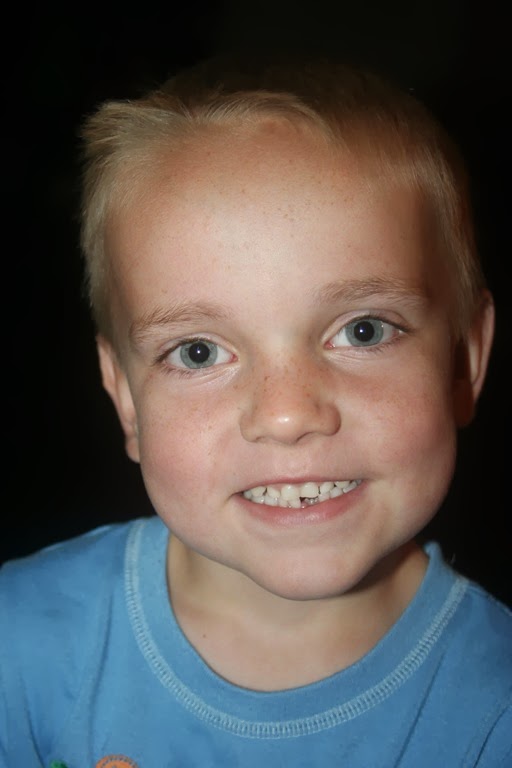 Thing is, money speaks to Sterling like nothing else. He hoards it. So when he got the chance to add to his stash, he was all over it.

“How am I supposed to wiggle my tooth during supper?!” he asked.

I told him he could take a break and eat.

“But then I won’t get it out tonight!”

Pretty soon, he was asking for help. Sounding somewhat like a woman in labor, he moaned and huffed and puffed and I got it looser. He took to eating an apple in hopes that it would help. It didn’t.

I told him I’d get it out. He indulged me and stood there willingly. Thirty seconds later, he was spitting a tooth across the kitchen floor with a look of terror on his face.

Just like that, my baby grew up just a little. And he got his dollar.