Remember the day I met my neighbor in Walmart? I made an update later and, well, nothing much has happened since then. I called to see if I could bring them a meal shortly after Christmas and was told, quite firmly, by the wife that they did not need my help. Uncertain what to do after that, I did nothing.

Last week, after six months of not seeing or hearing from them, the neighbor pulled into my yard with a bag of vegetables from his garden and the request that we take the rest of his green beans when they were ready. Awesome. Then yesterday he brought us 15 quarts of beans and asked if we could use a few things he’d found in his attic, asked Blaine if he could hire him (after vehemently denying that Blaine could do anything for them for free and insisting payment would be made) to wash his house. It would seem, after all that, the neighbor relationship is still there. It rather fell into my lap, but it seemed like it was for a reason. I’m thankful for the vegetables, to be sure, but I look forward to seeing how we can serve this elderly couple in the coming months. Pretty cool. 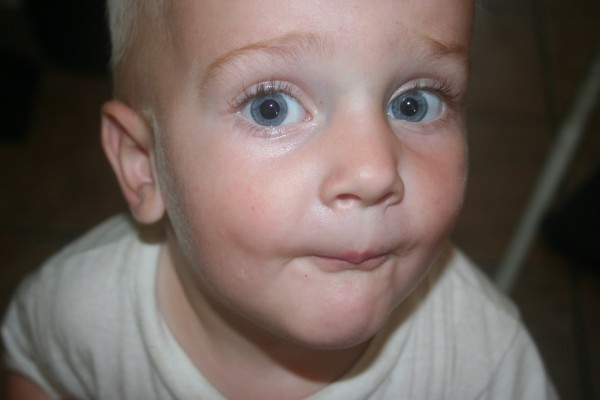 I’ll be eight weeks along tomorrow. I’m feeling better today than I have in a month. It’s good; I was starting to question if I could endure many more months without losing my sanity. I’ll have an ultrasound next month sometime. After my sister having twins, and twins elsewhere in my family history, it always eases my mind to see one little heartbeat. Why my belly has gotten so big, so fast has me a little worried, but since we’ve had six singletons so far, it’s probably just the, well, six singletons! Twins added to this chaos might just do me in.

Sterling got to work in this movie a few months ago. The trailer is out! Check it out, it’s pretty awesome.