Pierce has a fierce temper. I know this. Still, I was surprised to find this when I went to get him out of bed after his nap that he refused to take. Instead, he spent the time displaying his anger, not only verbally, but also physically from the evidence: 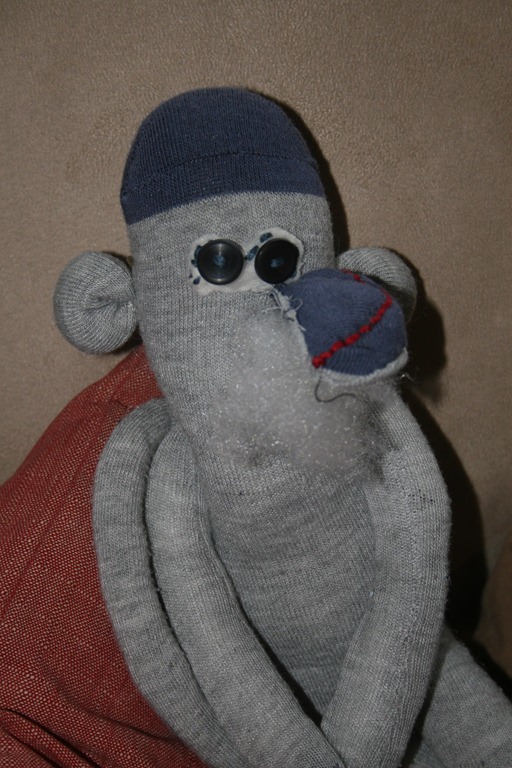 Poor monkey lost his mouth. The stuffing was everywhere. His eyes were only saved because I must have sewed them on stronger than he could pull, from the looks of them.