Charlie turned 12 today. It seems crazy that my kids are all getting so big. #5 is nearly a teen! I didn’t treasure the years of the littles as much as I should have. 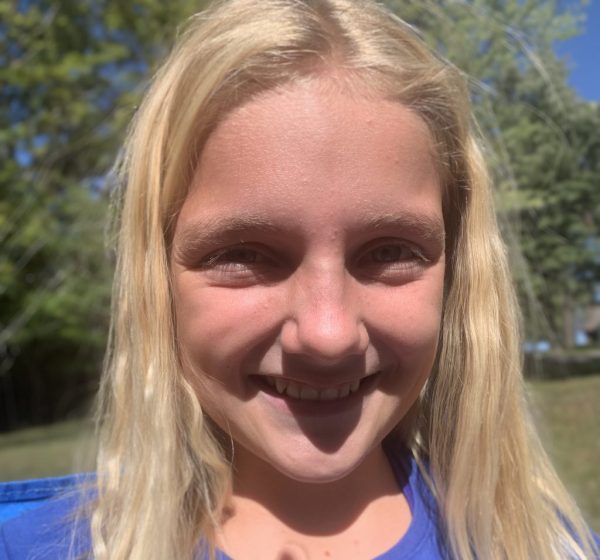 Charlotte chose monkey bread for breakfast, and made it herself. We had zuppa toscana for supper, and angel food cake with a raspberry cream cheese frosting Charlotte made for dessert. I bought the cake. It felt seriously wrong but the camper oven doesn’t do well with desserts and my angel food cake pan isn’t here. It worked.

We’ve looked at a lot of houses lately. I’ve decided to not get my hopes up, because walking away is less painful. Only one was one I loved – but it had major structural issues. Another was beautiful in theory. It was huge and Victorian and could be amazing – once someone put the walls and ceilings back in. Couple that with the foundation issues and we walked away again. One was horrific. Blaine’s statement was that he wouldn’t have paid $1 for it. A bulldozer was the only good answer. I cannot even begin explain. It’s been listed for a long time. Now we know why.

We started to look at houses in small towns. We just need to get into a house. That’s really hard to take. I love living in at least a couple acres. We will look at one house on just under an acre in the country tomorrow. I’m having a hard time not getting my hopes up. That would be so much better than in town. We see another Wednesday that is on quite a few acres, but an hour from church. I’m so ready to be done looking. I want to be done with the camper and back into a home. It hasn’t been awful, but it has been stressful all the same. 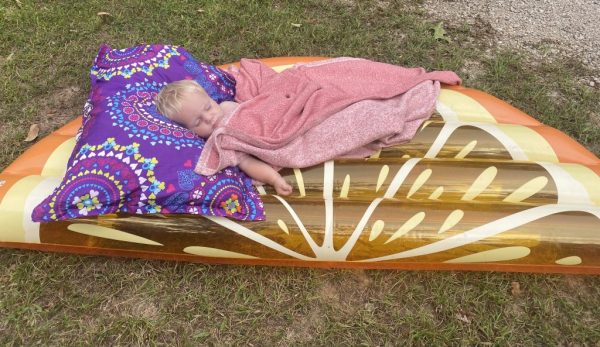 Lach’s not stressed. He’s living the good life, napping on a water floatie while we do school nearby on the picnic table. His clothes get changed several times a day. Belly crawl + dirt campsite = filth. I bought a hand crank clothes washer that has more than paid for itself already. No more laundromat makes me happy.

School is going well. We’re falling into a routine and even Sterling admitted today that his advanced Algebra/Geometry wasn’t going so bad. Any minute Pierce will say the same about English. I’m not holding my breath… but one can hope.

Your prayers are much appreciated as we pick a home. We’re all so ready.