We were headed to the storage unit earlier this week to pull school books out and make a plan for the new school year. We had the van packed to the gills with bags and boxes to put in there. Tape, sharpie markers, and knives to open boxes were the top items to collect. I climbed into the van to find this on the passenger seat.: tape, with “claimed” written on it marked the spot. We’ve reached a new level of big family etiquette. For the record, Charlotte had claimed the spot. And yes, her siblings willingly acquiesced and gave her the spot. I was rather impressed that it worked! 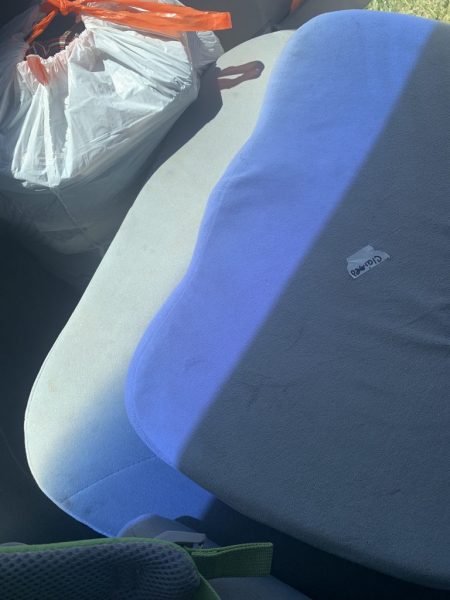 Creed is pretty well potty trained. He still pulls two year old nonsense like dropping trou anywhere outdoors and peeing… sometimes pooping. Like pooping on the parking lot at the storage unit, then repeating Pierce’s trademark line “oooooooo doggie!” when things are about to get real. He also peed on the side of a dresser drawer we’d pulled out to move a dresser. But you know. Other than that, he does well. No accidents in his underwear. He’s dry at night. Progress. He’s often found without pants, though. He takes them off to go pee and leaves them where they lay. He was headed with grandpa to feed the sheep the other day. I rather love this picture. It’s so Creed, and so their relationship. Naked buns, boots, and all. 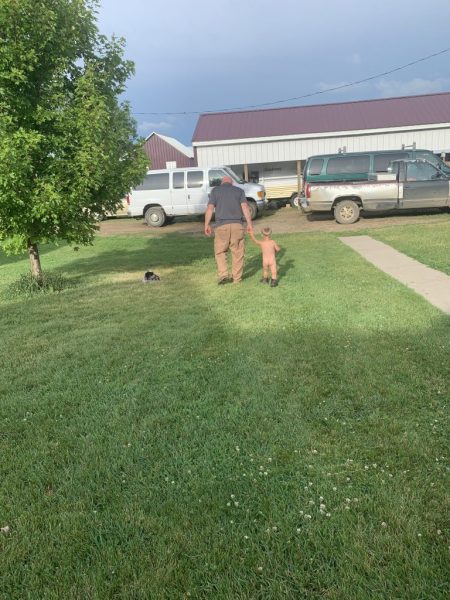 The lake has provided fun entertainment lately. We bought a SD State Park pass, so now I’m committed to go. Twice now Pierce has gotten up at 5am to smoke a chicken for lunch at the lake. That’s the plan for tomorrow again. 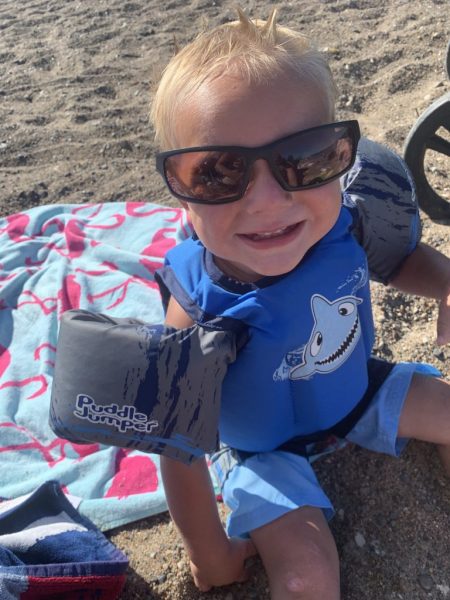 About a month ago, Blaine and I were headed to town together for car parts and a promised date when we saw a black cabinet on someone’s driveway. The word “free” was painted on plywood and leaning against the cabinet. I said it could be a nice thing to put in the bunkhouse, and he commented it didn’t look like a cabinet at all. It looked like an electric smoker to him. Uh, then you’re going to need to turn around and get it for me?! He complied. He was indeed correct that it was a smoker, and that is how I got my very own electric smoker, free, that, as the notebook paper taped to it stating “dirty but it works”, really does work. Sterling scrubbed it and did some research and has smoked all sorts of fabulous meals since. I’ve discovered it’s a great way to use cheap meat and thoroughly enjoy it. We’ve smoked chicken legs, pork chops, whole chickens and chicken breasts, and most recently, a pork loin and potatoes. Sterling taught Pierce a few days in and Pierce has done most of the smoking of foods of late. He’s enjoying it, I think, given his willingness to get up and ungodly hours to smoke meat for our lakeside lunches. 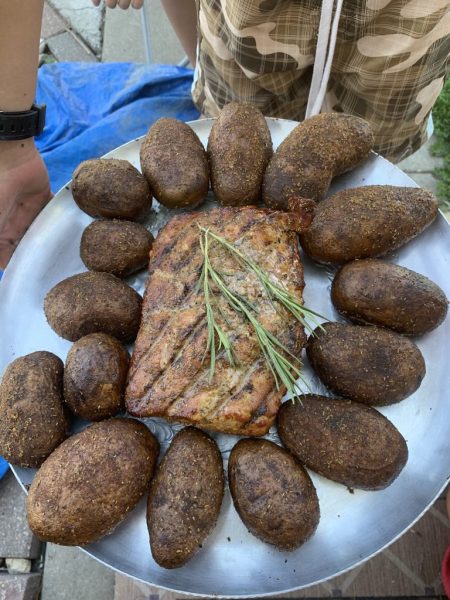 Boys are wonderful creatures. I’m thoroughly enjoying having a couple that are so capable and fun to be around. The fact that they cook… definitely a bonus! 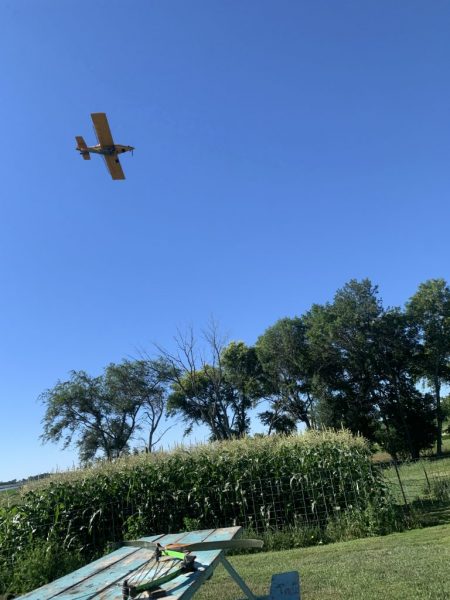 A crop duster was spraying a nearby field today and must have seen my kids waving. They seemed to make a point of turning around over us. We spent a good half an hour watching it. They flew over, barely missing the trees, at least a dozen times. That was a super fun morning surprise! Creed is still talking about it, zooming his arms around. I still do bookkeeping for a small flight school in Missouri, but haven’t been to an airport since we moved except one brief time. I’d rather missed the excitement of it all. Fun.